NET ZERO: The other industrial revolution

E.ON’s Dan Meredith explored the whys and wherefores of net zero, what it means for manufacturers and how the inextricable link with digitalisation can help you tackle them both together.

You may feel like there are so many crises to deal with that climate change may have to take a backseat over simple survival. That’s a dangerous idea for a whole host of reasons.

There is an unequivocal need for global action to reach net zero. Scientific data released just a few months ago paints a sobering picture of the human impact on our climate:

It’s unsurprising, therefore, that people around the world are demanding concerted and coordinated action from companies and governments and they want to take positive action themselves. For example, before COVID-19 took over our lives, 139 countries across the world saw mass protests to act on climate change. 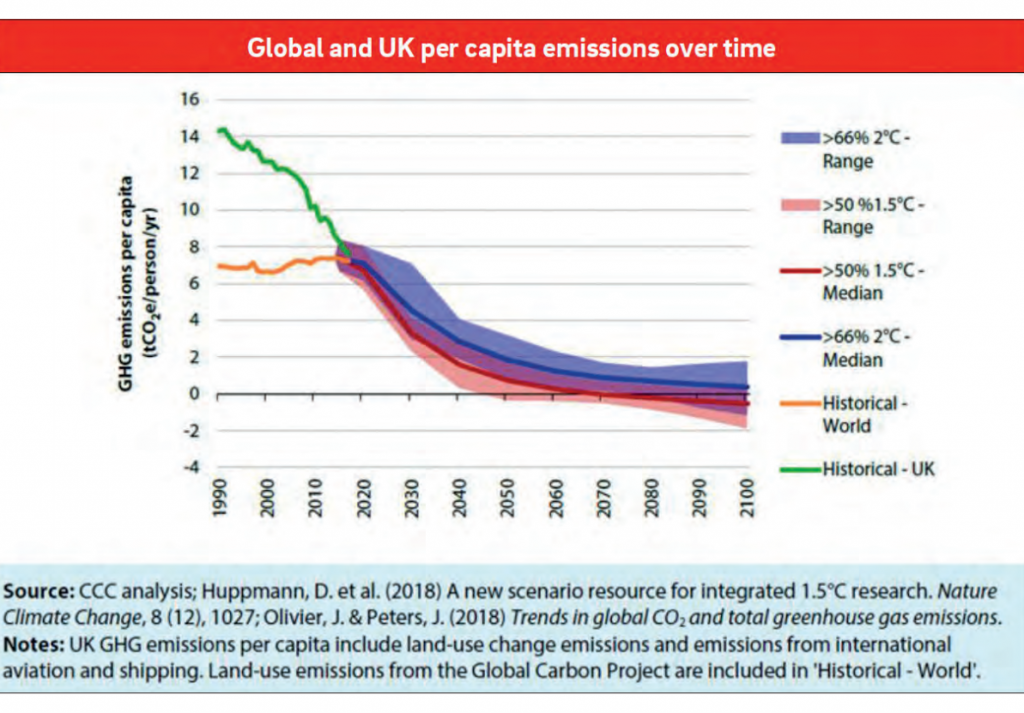 Markets are also waking up to the financial risks of not planning for the impacts of climate change. In September 2020, The Financial Times reported on a group of 518 investors, including BlackRock and Pimco, with assets totalling more than US$47 trillion, who had written to 160 of the world’s largest greenhouse gas emitting companies demanding they put in place a “net zero strategy” for 2050 or earlier and have interim plans for 2030.

According to the report (www.bit.ly/TMnovFT), “The move comes as asset managers have become increasingly concerned that climate change could have a financial impact on their investments.”

The past three decades have seen significant international effort to help curb human-made emissions, from the Kyoto protocols in the 1990s to the recent Paris Agreement signed at the Conference of the Parties (COP21) in 2015 and which has been ratified by 189 countries so far.

In November 2021, the UK will host the Conference of the Parties (COP26) with Italy. The world is going to be closely watching what the UK does, and the government will want to show that the UK is leading on climate change action and policy.

On the face of it 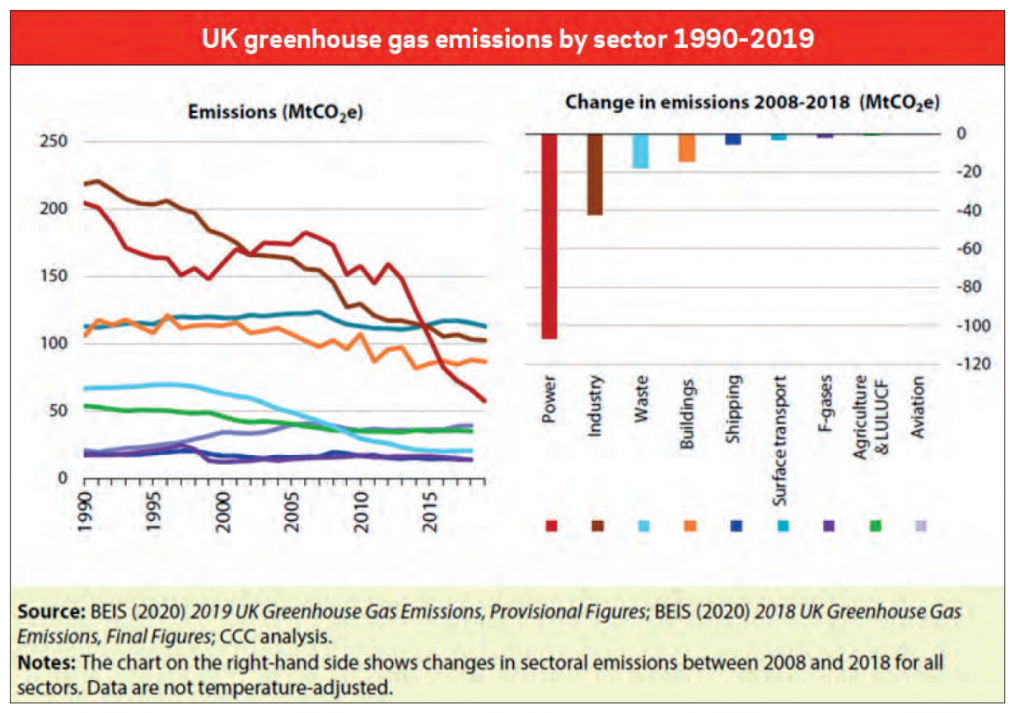 As you can see from the chart (above), the UK’s emission reduction so far is in a good position.

In 2017, emissions were around 500 megatons of CO2 equivalent, including emissions from international aviation and shipping. That’s just under a 40% reduction from the approximately 800 megatons released by the UK in 1990 – roughly halfway to an 80% reduction by 2050 already.

In per capita terms, as the chart shows, we’ve managed to reduce our emissions in the UK to around the global average and are on the right trajectory to achieve our reduction targets over time.

Importantly, we’ve also managed to grow the economy by 72% over that same period, showing that it’s possible to decouple the health of your economy from action to reduce emissions. In these terms, the action the UK has taken has been relatively successful and the country could be considered a global leader. 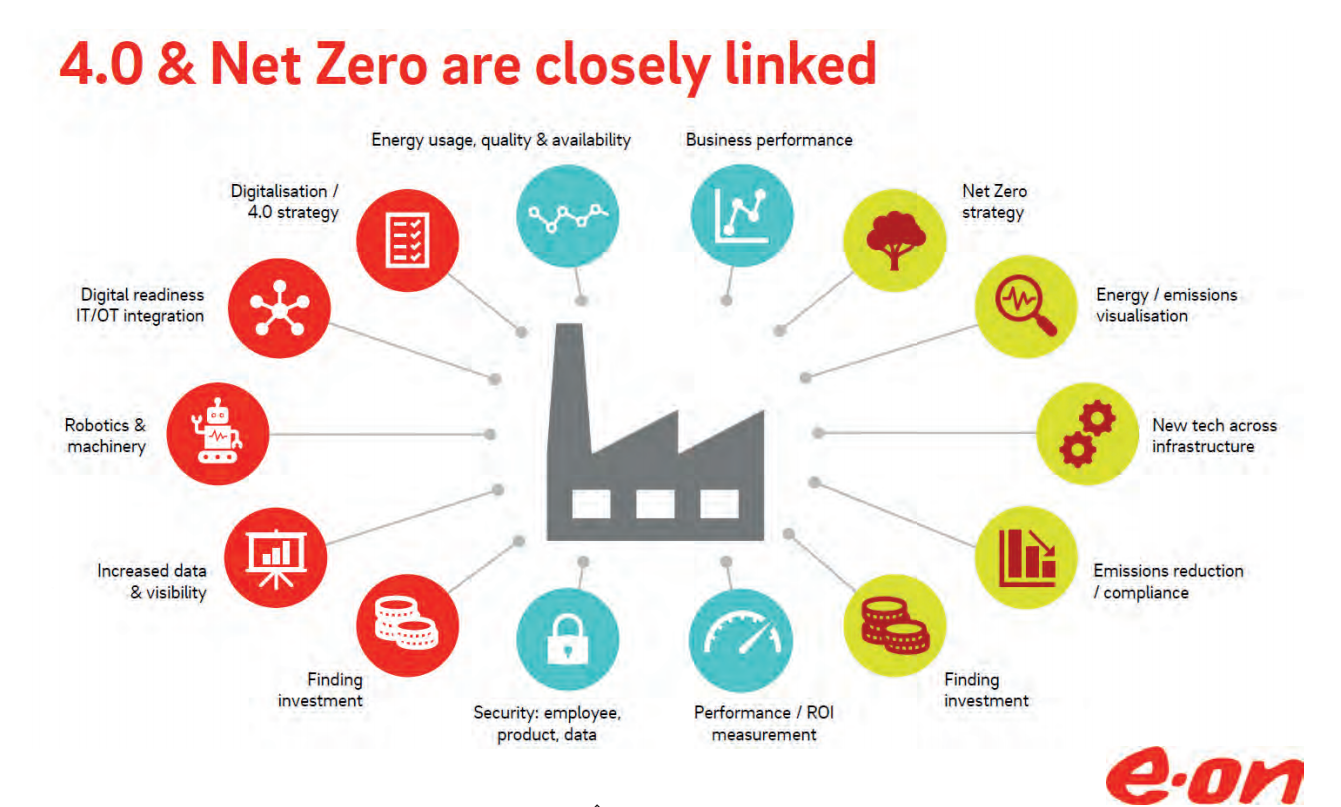 But there are two important things to highlight from this data. Firstly, the UK’s performance implies that we just have to keep doing what we’ve been doing and we’ll reach our net zero goals. Secondly, the switch from 80% to 100% reduction doesn’t sound that different. However, it changes everything.

I’ve lost count of the number of people I’ve encountered that believed that an 80% reduction meant that some emissions were going to be permissible. They expected their industry to be included in that 20% because their industry had already done everything possible and, therefore, they didn’t need to do anything more.

The switch to net zero, a 100% reduction in emissions, requires a fundamental mindset shift in everybody. There’s no longer the 20% to hide against; indeed, there is nowhere to hide. All sectors are going to have to plan to start reducing their emissions and start doing so now.

Additionally, the reason the UK has achieved such impressive emissions reductions to date is largely down to action in one sector – power generation.

A decade on from the introduction of the UK Climate Change Act, much of the economy has made very little progress on emissions reductions. As the chart (below, previous page) illustrates, emissions from industry have fallen but this is more to do with the changing nature of UK manufacturing than concerted action to reduce emissions (not to underplay the efforts that some companies have made).

Almost all the UK emissions reductions to date is down to the switch from coal to renewables in the power generation sector. That is in itself a remarkable success story and one that E.ON has already played a leading role in; but once done, you can’t rely on doing it again. 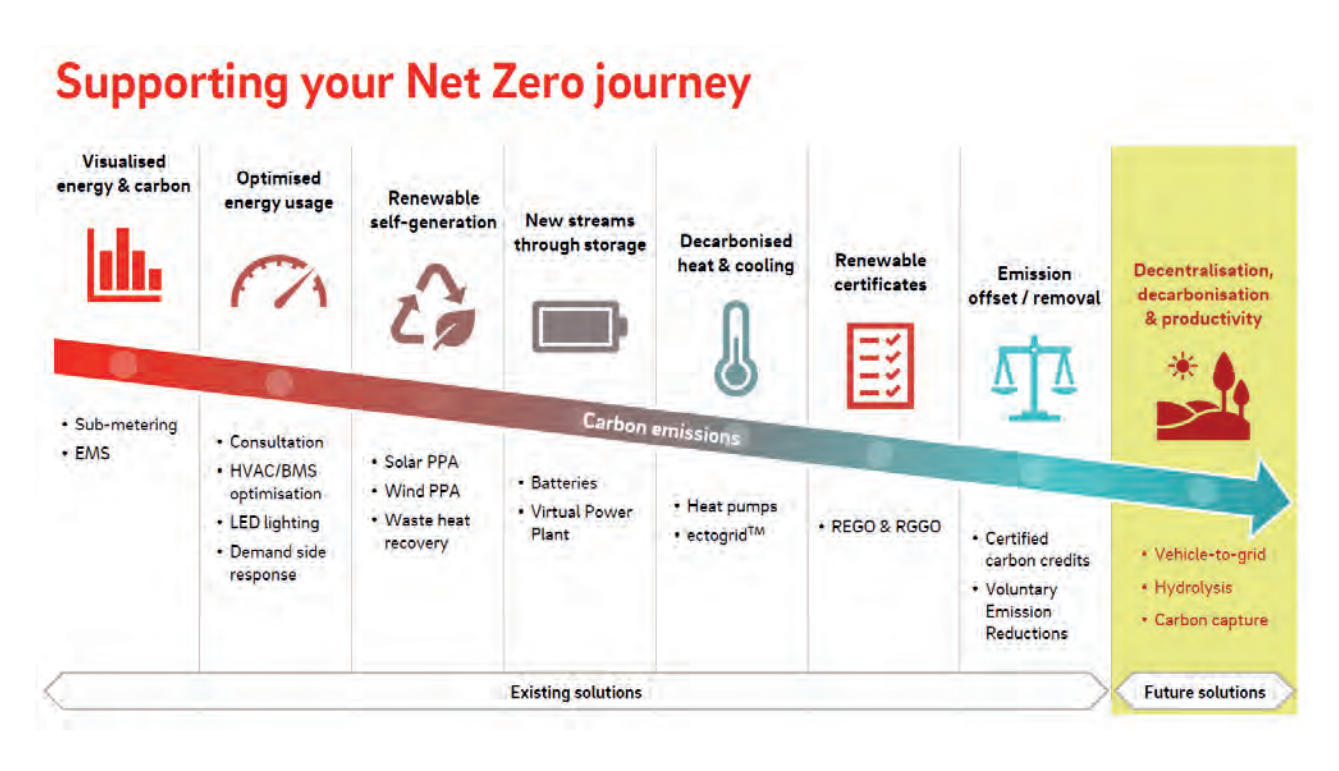 The truth is that in order for the UK to continue its downward trajectory and meet the net zero targets, new and concerted effort from every sector of the economy is required.

Therein lies the challenge. With everything else happening, it’s easy for planning and action against climate change to take a backseat. It’s clear that significant economic stimulus is needed to reinvigorate our economy post-COVID, and there’s a growing consensus that not only does it make environmental sense to target that stimulus at building a low carbon, low emission economy, it makes political and financial sense as well.

What are businesses and industry already doing?

Earlier this year, E.ON worked with Make UK to survey their members and found that 90% are aware of the UK’s net zero target and nearly half were already committed to following through with concrete actions.

Furthermore, 40% of respondents had already invested in energy efficiency measures and are seeing tangible benefits on their bottom line as a result.

Similarly, npower Business Solutions, part of the E.ON group, recently surveyed 100 of its large commercial clients across manufacturing, the public sector and professional services and found that businesses are generally optimistic and ambitious about achieving net zero by 2050.

But the survey also clearly showed that businesses need far clearer signals as to what’s going to be expected of them over the next decade, what support they can expect from government and, unsurprisingly, that they would like to see incentives to take action.

How does Industry 4.0 support the net zero journey? 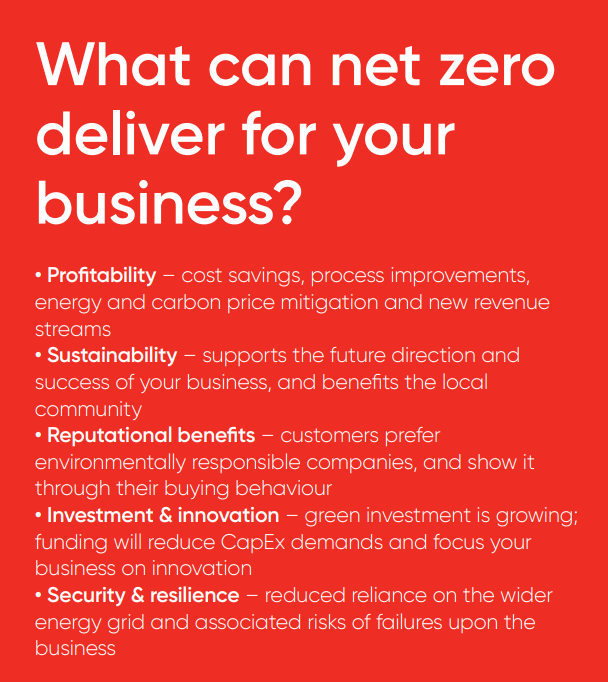 At first glance, net zero and Industry 4.0 can seem very different, and one might even seem like a distraction to delivering the other. At E.ON, we believe that Industry 4.0 and net zero are intrinsically linked, as the diagram (above left) shows.

Many of the actions you have to take to plan and deliver both are quite similar, from setting strategies to the availability and action from data. Both impact many of the same areas, though some are going to complement each other, and others are going to fight against each other.

For example, you may see a rise in your energy usage from introducing more power-hungry machines and equipment for Industry 4.0, but feeding the data now available to you through a smart management system helps you make more informed decisions that retain profitability and efficiency in the future.

Clearly, however, delivering emissions reductions and working towards net zero is a complicated journey involving many difficult decisions and potential actions. We appreciate that you’re not energy experts, so collaborating with someone who is will greatly increase your chances of success.

The diagram (above right) offers a rough view of the journey any company could go on, and you can see that any of these steps pays dividends. Whether you’re at the very start or a way down the journey, there is always new steps you can take, better things you can do and more benefit you can give yourself.

Ultimately, action is action, and the action that you might be taking or thinking of taking on Industry 4.0 is just as important as the action you’re taking to achieve net zero.

Don’t put action on emissions reductions in the ‘do tomorrow’ pile or ‘too difficult to think about’ pile. Combining action on net zero with action on smart tech, building data management and support for green recovery is the way forward.

Your journey into Industry 4.0 is going to drive more accessibility to granular data to help support tackling emissions and energy reductions. But it can also increase your need for capacity and power availability and quality and increase your usage in some areas.

So, net zero must become a key part of your transition to Industry 4.0. Think about them together from the very beginning and how they complement each other to help build your success in the future.