The number of students taking design and technology at GCSE and A-level has fallen off a cliff, with 71% fewer GCSE candidates than when the Conservatives came to power, an education charity has found. The Baker Dearing Educational Trust, which supports around 50 University Technical Colleges delivering technical and academic options, is now concerned fewer young people will progress onto apprenticeships and T-levels if they cannot experience technical subjects at school.

The trust is now calling for the government to stop obsessing about academic subjects and significantly increase the number of degree apprenticeships for young people. 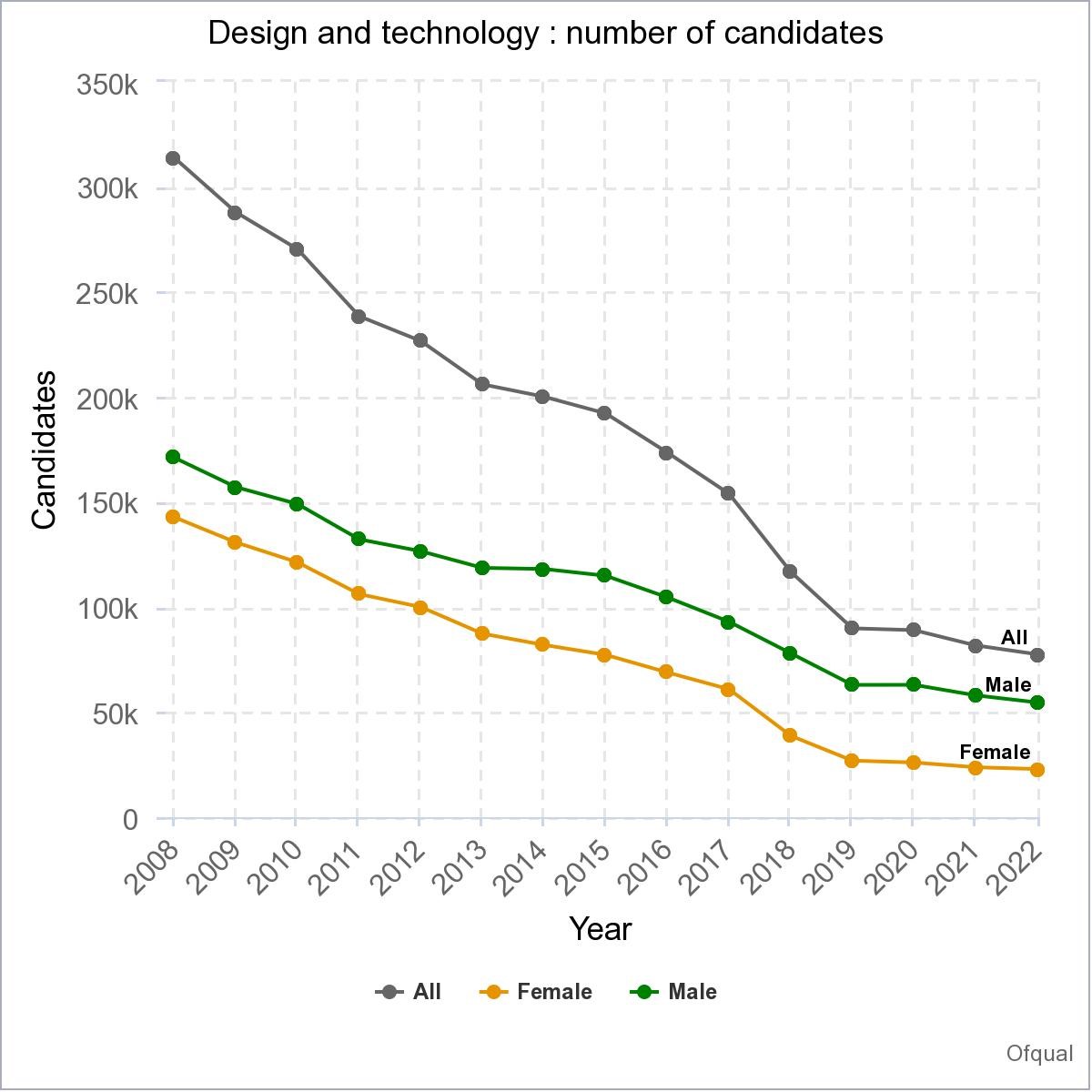 Meanwhile, figures released by Ofqual last week showed that in 2010 there were 16,520 students sitting assessments for an A-level in design and technology which can include subjects such as engineering, fashion and textiles, and product design.

Design and technology did see the largest bump in entries this year, with 14.3%, demonstrating students’ interest and enthusiasm for studying technical subjects.

Decline in technical subjects spells danger for apprenticeships and T-levels

UTCs are seeing the benefits of offering technical options at GCSE-level: 69% of GCSE students at UTC Lincoln achieved top grades in the UTC’s specialisms of engineering and the three separate sciences this summer.

Significant numbers of UTC leavers have also progressed from A-levels to degree apprenticeships this year.

However, degree apprenticeships are rarer than places at Oxbridge, meaning that not as many students will be able to take advantage of these opportunities as would want to.

Students, the trust argues, will also be less likely to consider higher-level apprenticeships and T-levels, the government’s new technical equivalent to A-levels, if they cannot take technical options at GCSE.

The EPI report from March raised concerns that students are far less inclined to pursue D&T subjects at a higher level of education without the option or encouragement to study it at an early age.

One element which has held down technical subjects in schools, Baker Dearing argues, is the English Baccalaureate (Ebacc), first introduced by Michael Gove, where schools are measured on their performance in traditional subjects such as geography and languages. This has meant schools’ focus on design and technology and IT has bled away as they focus on their Ebacc numbers.

With the gradual defunding of BTECs and as new T-level qualifications are yet to reach critical mass, students face a declining range of opportunities to “try before they buy” into technical subjects.

“I would definitely want more young people to do degree apprenticeships. I’ve now got the chance to get the learning while starting my career.”

Former education secretary and Baker Dearing’s founder Lord Baker told GB News this week: “The national curriculum in schools is just eight subjects. This was imposed by Michael Gove and as a result we’ve done nothing for disadvantaged pupils, which are at the same number now as they were in 2010.

“The only way we’re going to be a successful country is if we have better training in skills.”

Following the release of results for A-level, GCSE, and vocational qualifications, Baker Dearing is calling on the government and employers to implement these recommendations:

Commenting on the analysis, Baker Dearing Educational Trust chief executive Simon Connell said: “Students need to have the opportunity to experience technical education before they get to the stage where they will be choosing what discipline they want to pursue for their education and their career.

“After 10 years of the UTC programme, where we offer a blended academic and technical curriculum, we know students are interested in learning subjects such as engineering and product design as well as traditional subjects such as geography and English.

“Teaching young people these technical subjects offers tangible results for both them and the economy. We have seen so many of our Year 13 leavers progress onto degree apprenticeships in industry, helping fill key skill shortages.

“Young people across the country deserve the same chances and opportunities as our UTC pupils. Government must act to revive design and technology and computing and UTC staff are happy to help any school or college looking to bring more technical education into their offering.” 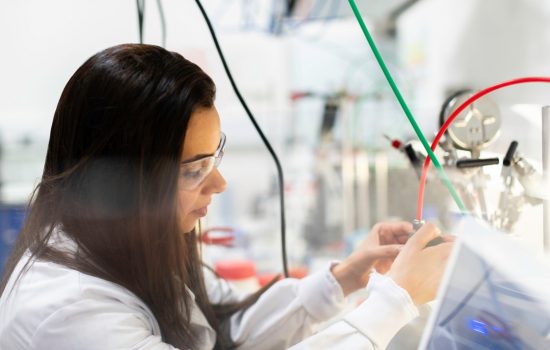 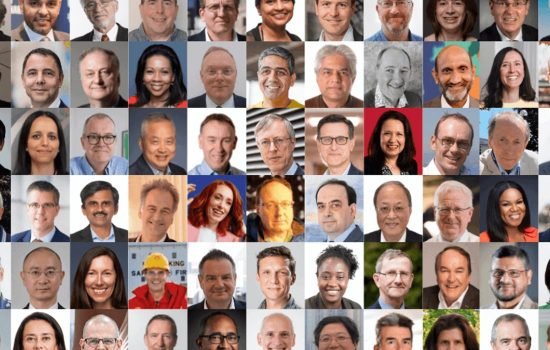