Why do non-commodity costs add so much to your energy bill?

Non-commodity cost charges – or third-party costs – are expected to account for around 60% of a UK manufacturer’s energy bills by 2020, more than twice as much as a decade ago.

So, what lies behind the increase to non-commodity costs and – more importantly – what can businesses do to ease the financial burden?

To learn more, The Manufacturer recently sat down with David Oliver, an energy expert from business utility specialist, Inenco.

What factors lie behind the sustained increases to non-commodity cost charges?

Society’s shift towards renewables didn’t just happen through market forces, the right subsidies were put in place to make it happen. Those subsidies largely lie behind the high price increases businesses are experiencing.

Let’s breakdown a typical energy bill. For a manufacturer with an average electricity cost of 10p/kWh (£100/MWh),  about 22% of the bill is down to renewable obligations such as wind or solar farms and waste or biomass energy plants; about 6% is feed-in tariffs arising from domestic, roof-mounted solar panels for example; and around 4% is the new Contracts for Difference (part of the government’s Electricity Market Reform (EMR) programme).

Together, those subsidises total around one third of your bill.

The other contributing factor is network or “system” charges. Triads or Transmission Network Use of System (TNUoS) charges have risen by about 10% year-on-year, and there’s a couple of reasons why.

Those power stations have since closed, so the transmission network is having to undergo substantial upgrades, at great cost, to source power from new plants and offshore wind farms spread across a much larger area. You can clearly see that cost reflected in triad prices per kilowatt hitting more than twice as much as they were a decade ago.

Furthermore, distribution costs have risen well ahead of inflation and we’ve seen the introduction of the Climate Change Levy (CCL), which was originally set out as a renewable tax; but is now essentially a stealth tax as it’s based on kilowatt hours not carbon emissions. 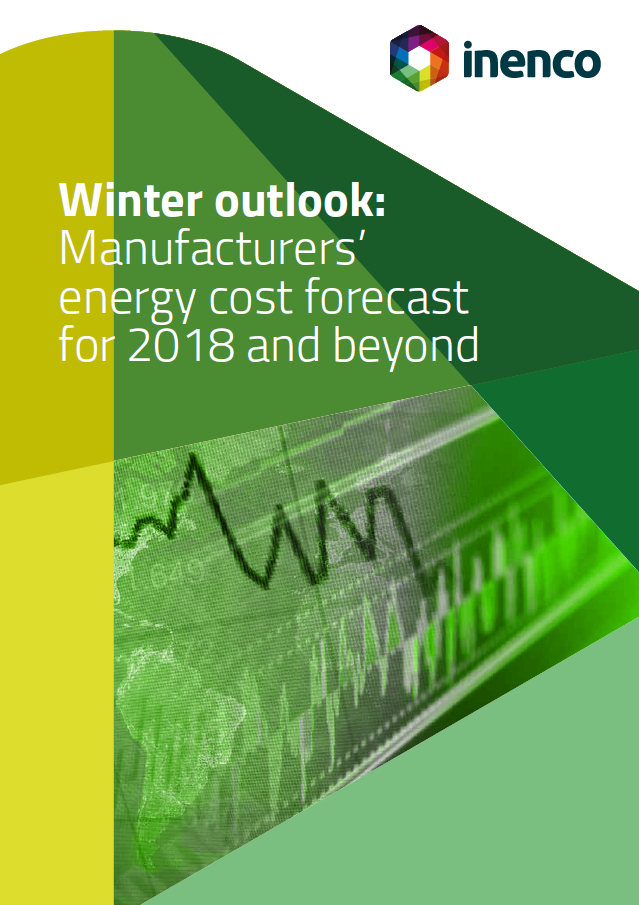 As we approach the new year, many manufacturers are concerned about the upcoming political and economic changes and how their bottom line will be affected.

To read the comparison, along with a demonstration of the steep curve that continues to rise, please click here

Against that backdrop, what actions can manufacturers take to avoid excessive charges?

First, look at when you are using energy – manufacturers will pay higher system charges for using electricity during peak periods, so shifting load away from these time scales will alleviate some of the strain.

If you have some flexibility to shift demand, you might also benefit from participating in demand response schemes- being paid to turn down consumption during peak demand to alleviate strain on the national grid, in return for payments.

Second, check whether your organisation is eligible for exemptions. If you’re an intensive energy user, chances are you’ll probably have an energy purchasing team or manager in-house. Typically, you’ll also be part of a trade federation or association, who will highlight any changes that are coming and where support is available.

If you’re not classed as an intensive energy user, then that’s where Inenco comes in to highlight, for example, possible exemption opportunities. In some instances, we’re talking about millions of pounds’ worth of savings, so awareness of what’s happening and where support can be found is vital.

Many businesses are lucky in that they operate in one of the industries covered by the Energy Intensive Industries (EII) legislation, which exempts them from a significant amount of some non-commodity costs – to find out more, visit Inenco’s EII hub.

It’s worth noting that rising energy costs will mean more manufacturers may become eligible to receive some exemptions – because energy is becoming a bigger share of their total outgoings.

Currently there’s a consultation around extending the EII scheme by reducing the entrance threshold. The result of that is likely to be made later this year, with any changes introduced sometime next year.

On paper, extending the threshold to allow more businesses to benefit sounds positive; but the way these work is that everybody else must pay the subsidy for you. So, the energy intensive industries are being cross-subsidised by the rest of the energy consumers. Good news for them, bad news for everyone else.

And finally, the best way to alleviate rising costs is by energy reduction measures (which you can learn more about here)

How is Ofgem helping to support the country’s manufacturing businesses?

Recognising that our energy demands are only going to increase in the future, Ofgem are compiling a root-and-branch review of the way that network charges are implemented and create a system that is not only fairer, but also encourages the right behaviours.

Network access is a key part of the Ofgem review as sharing capacity fairly is becoming an ever-increasing concern.  Capacity in this context means the maximum amount of electricity that you are contracted to receive from your network operator.  You pay a fixed charge each month based on the amount of capacity that you have agreed and will receive an excess penalty if you exceed this in any given month.

Surely, the business with the excess capacity should be making that available to others. However, currently, Distribution Network Officers (DNOs) can’t do that because as far as they’re concerned, there’s not enough capacity in the area.

Ofgem would also appear to be clamping down on businesses who avoid triad charges by switching on generators or switching off production.

As far as Inenco is concerned, that’s a good thing for industrial customers to do because it reduces demand on the national grid and therefore makes it easier for it to survive.

Ofgem’s view, however, is that all businesses should be paying their fair share of triads. So, we think there’s going to be a wholesale change in the methodology of charging for triads or Transmission Network Use of System (TNUoS).

The challenge for Ofgem, is that they are trying to strike a balance that’s fair for everyone –  domestic and industrial users, and typical manufacturing businesses and more energy intensive users. They are aware of industries and our concerns and they do seem to be listening, but any changes to triads could prove contentious.