North West Spotlight: A region on the up and up

In the 18th century, the North West garnered global acclaim for its cutting-edge approach to weaving and cotton production. More than 250 years later, and the region’s progress has kept on spinning. Jonny Williamson reports.

Seeing the statistics below, it’s little wonder the North West has become a beacon for investment, innovation and influence.

It is almost impossible to overstate just how important the North West is to UK manufacturing and the national economy.

The region has, by some margin, the highest:

The North West has a rich industrial and scientific history, birthplace of the programmable computer, the spinning jenny, the electromagnet, Meccano, graphene and polyethylene (the most common plastic in use today), among a string of other discoveries by celebrated pioneers.

With such a pedigree in pushing the boundaries of what’s possible, it’s unsurprising to see the leading player in the First Industrial Revolution become a recognised powerhouse of the Fourth, combining modern technologies in such a way as to make others sit up and take notice.

For example, BAE Systems’ facility in Lancashire, for example, is applying game-changing digital technologies to advance manufacturing on the UK’s next generation combat air system, Tempest.

The new plant on its Warton site is the result of a multi-million-pound investment and co-location with more than 40 blue chip and SME companies and academic institutions.

By bringing together cutting-edge manufacturing technologies and harnessing the best of UK innovation, the digitally connected, intelligent factory is expected to transform engineering processes for future military aircraft production.

“Driving our manufacturing capabilities forward as we prepare for the Fourth Industrial Revolution will sustain and develop critical skillsets, and ensure we can continue to deliver military capability to address future threats, while improving productivity and delivering value for money for our customers,” explains Manufacturing Director for BAE Systems Air, Dave Holme.

Jaguar Land Rover’s Halewood site in Merseyside is equally impressive, as is AstraZeneca’s European manufacturing and packing centre in Macclesfield (one of three sites it operates in Cheshire), and Unilever’s £24m Advanced Manufacturing Centre in Port Sunlight, the opening of which coincided with the FMCG giant’s 130th anniversary in 2016.

But it’s not just large multinationals embracing technology and digital ways of working, SMEs are also taking advantage thanks to a helping hand from Made Smarter – the government-backed initiative designed to help small businesses improve productivity.

The Made Smarter North West Pilot was announced at the tail-end of 2018 at The Manufacturer’s own Digital Manufacturing Week and become operational in January 2019 – it is scheduled to run until March 2021.

Juergen Maier at the launch of the Made Smarter North West Pilot at Digital Manufacturing Week 2018, with the Pilot’s programme director Donna Edwards

The £20m trial programme, a source of envy for every other region, is aiming to engage with3,000 local manufacturers and provide intensive support to 600.

At the halfway stage the pilot has made steady progress. Almost 1,000 SME manufacturers have been supported to date, with more than 100 businesses securing matched funding for projects forecast to deliver an additional £100m in GVA for the North West economy over the next three years.

Storth is one such business. The Carnforth-based agricultural machine manufacturer has adopted a robot welder which is twice as fast as its human counterparts and means welding staff can move to higher value, more rewarding and technically challenging roles. 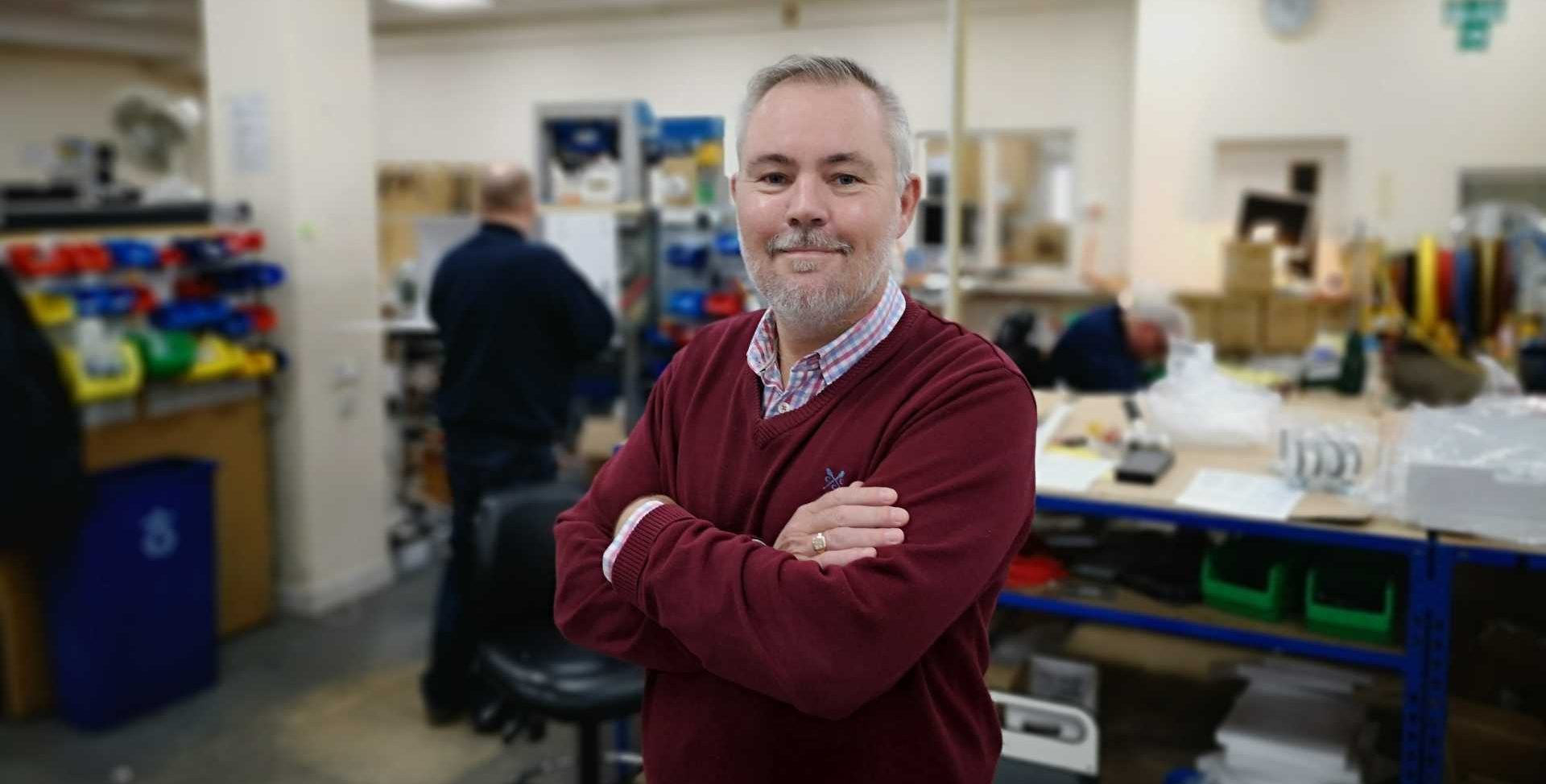 Another is Parity Medical, a Wirral-based manufacturer of mobile wireless computer carts and specialist clinical computing devices for the NHS and private healthcare sector.

The business has introduced a software package to be able to sell to customers via a virtual showroom.

This innovative solution integrates with the company’s administrative, sales and production systems and will reduce travel time and costs, and significantly accelerate the sales process.

“The technology will transform our sales process, removing delays and errors, allowing us to get it right the first time – which will make us significantly more efficient,” explains Parity Medical’s Managing Director, Steve Wood.

“This will increase productivity and accelerate the business’ growth. The reduced travel also translates into lower carbon emissions at a time when sustainability is increasingly important to the industry.”

Nutree Life, a food manufacturer based in Preston, was able to cope with unprecedented demand for its products during the Coronavirus crisis thanks to advanced automation and control technologies.

After doubling its workforce and forecasting to almost quadruple its turnover, the business secured match funding to upgrade a second production line with the same advanced technology and linking the entire system to harness more data to improve performance.

“I never imagined that we would achieve so much so fast,” comments Patrick Mroczak, Co-Owner of Nutree Life.

“Made Smarter made us think bigger, encouraging us to capture manufacturing data as a way of improving the accuracy and consistency of the product. It has given us the platform and the confidence to take that next step.”

Made Smarter is one of several recent entrants looking to help North West manufacturers access advanced technology to improve their productivity, performance and quality.

The new 4,500 sqm facility, due for completion in the second half of 2021, will have a focus on vehicle electrification, battery assembly and lightweighting technologies, and is being built with capital funding provided through the Lancashire Enterprise Partnership’s Growth  Deal.

In addition, a £2.5m revenue grant from the European Structural Investment Fund matched with £1.6m from the High Value Manufacturing Catapult, will be spent on creating a high performing technical R&D team that will support Lancashire’s existing manufacturing base as well as act as a catalyst to attract new business into the county and the EZ.

Currently operating from interim facilities provided by the University of Central Lancashire in the centre of Preston, the University of Sheffield AMRC North West team is already working with more than 65 industrial SMEs from across the region.

The AMRC North West will also be home to a new £9.5m 5G Factory of the Future programme which aims to unlock the potential of industrial digitalisation.

“There are so many possibilities for innovation and productivity improvements that 5G can open up,” explains AMRC Director of Research, Ben Morgan. 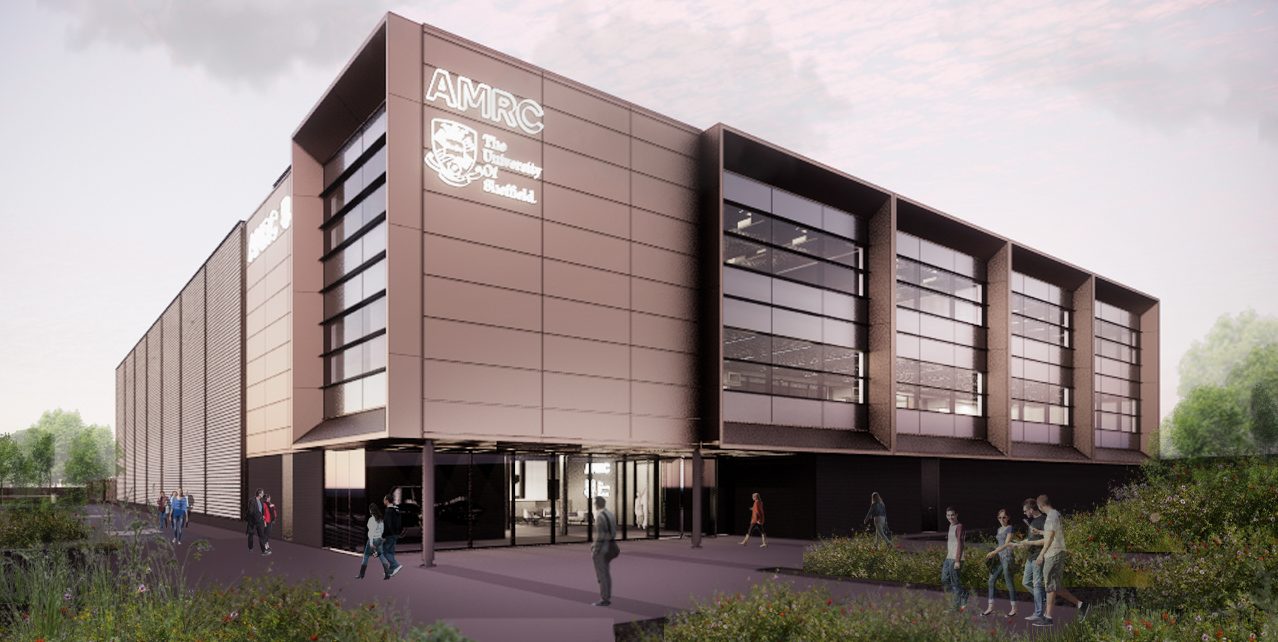 “The digital twin work strand will enable reconfigurable assembly lines, while the high-level monitoring of machines and shop floors will allow partners to develop, integrate and test products-as-services previously limited by bandwidth or latency.

“The use of 5G connected sensors in the chain of custody system work stream will help make UK manufacturers more resilient to blockages and breaks in extended supply chains, by enabling tracking across different businesses and supply chains, improving on-time delivery and dramatically reducing lost assets and cost, improving productivity.”

On a related mission, a new £32m institute in Manchester will explore how to increase productivity, boost wages and support the UK’s economic recovery from COVID-19.

The government and industry-backed Productivity Institute, based at the University of Manchester, hopes to identify barriers to increase productivity levels across the UK, such as worker well-being and a lack of diversity, and recommend key policies that could be implemented to unlock growth and deliver jobs.

The North West faces a number of challenges in the near future: recovering from COVID-19 and the resulting lockdown, the impact of Brexit on a region that has a higher than average reliance on Europe for exports, and a lack of transport infrastructure, particularly outside of major population centres.

Yet, the local population’s ingrained desire to succeed and willingness to embrace change, coupled with a plethora of supporting organisations and initiatives, and a government seemingly following through on its promise to “level the playing field between the North and South” means the North West is in a strong position to not just weather any future storms, but to light the way for others to follow.