Posted on 5 Nov 2019 by The Manufacturer

Scientists within the University of Sheffield Advanced Manufacturing Research Centre’s (AMRC) Design and Prototyping Group (DPG) have devised a “stacking and nesting” approach for producing consignments of small polymer components that could offer a cheaper alternative for many UK additive manufacturing (AM) companies.

The challenge was to identify and create a cost reduction strategy suitable for AM using the Stereolithography (SLA) system Formlabs Form 2 machines that would reduce the manufacturing cost per part when compared directly with injection moulding.

DPG engineers developed a solution for producing high volume AM polymer components using a part stacking and nesting technique, maximising the build volume available within the Formlabs technology. They found that to AM parts in quantities under 1,000 is more cost-effective when compared to the same quantity if injection moulded.

DPG chose a generic cap used to seal apertures as their candidate component made from Formlabs clear resin (predominantly acrylic compound), and because it would be typically volume injection moulded rather than additive manufactured.

A trial batch of caps was prepared using the Formlabs Form 2 print preparation software PreForm. The caps were situated at a 25-degree angle allowing the maximum batch to be positioned on the build platform. A batch of 27 caps was produced in under nine hours, including preparation, build and post-processing time.

“A method was developed to vertically stack the caps, maintaining overall part quality and close fit part geometry whilst maximising the available build volume,” the report said. “The parts were nested to maximise the quantity that could be produced within the build envelope. Using PreForm, these nests were then duplicated to produce 90 caps in a single build.”

After AM using the Form 2 machines, the caps were washed in an IPA solution and then cured. DPG noticed that reducing support lengths between caps within the nest resulted in less radial distortion, and that caps nested further apart tended to overfill during AM causing the part to be oversized. The 90-cap build, with the addition of preparation, build and post processing, was complete in just over five days.

DPG said its case study identified that by “adopting the strategy of optimising the building techniques” there was a cost saving benefit to additive manufacturers, and that to AM parts in quantities under 1,000 is “more cost effective when compared to the same quantity if injection moulded”.

Production of 1,000 caps in AM with one Form 2 machine – including software preparation, build and post processing time, material and machine costs – could be reduced from an estimated lead time of four weeks with the use of another machine and associated equipment.

“AM enables the production of low quantity custom, complex shapes for a minimal cost when compared to injection moulding. Clearly the novel AM solution offers benefits in terms of fast turnaround, high accuracy parts,” the report said.

“This solution could offer advantages to many companies looking for a cheaper alternative with this type of development in AM potentially disrupting existing manufacture technologies utilising this readily accessible technology.

“This case study has shown that, in this instance, applying the stacking technique, AM is a more cost-effective method of producing batch volumes of small components when compared to injection moulding.” 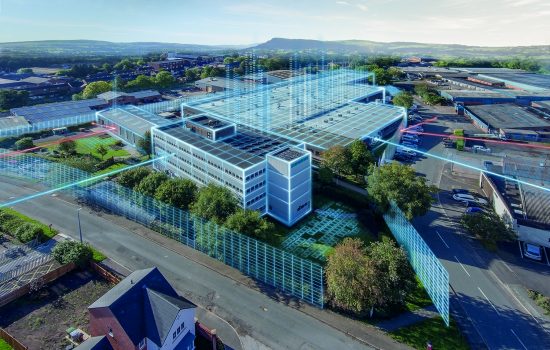 Shining a Light on the Future Factory