Almost eight out of 10 leaders in the UK food and drink sector feel positive about the prospects for their business over the coming year but rapidly deteriorating economic conditions will test their resilience, accountancy and business advisory firm BDO LLP has warned.

The new survey from BDO shows a high degree of optimism among food and drink manufacturers, despite the challenges of rising input prices, geopolitical instability and the lingering impacts of Brexit and COVID-19.

More than half (53%) expect to see an increase in orders over the coming year. And despite difficult economic conditions, one third of companies are planning capital expenditure in production this year, seen as a key driver for growth.

Geographical expansion also features in the growth plans of many businesses. Almost a third (31%) anticipate growth in non-European markets such as the Middle East and North and South America, while 29% expect growth to come from the UK and 28% from new markets in the EU. 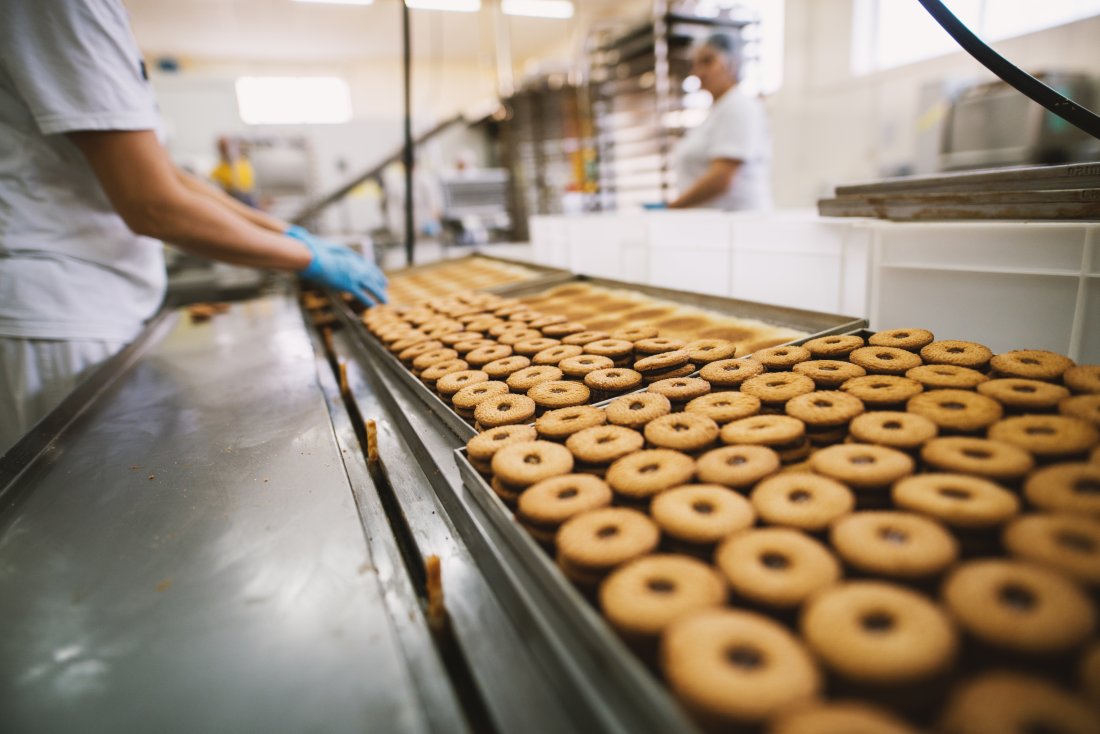 78% of food and drink manufacturers are positive out the prospects for their business in the year ahead. Credit: Shutterstock

However, the survey also highlighted the increasingly complex risk environment in which food and drink manufacturers are operating. The ongoing impact of COVID-19 continues to be the biggest worry, cited by 28% of BDO’s survey sample. Meanwhile increased competition, the effects of cheap imports, cyber security and wage inflation were all seen as threats for between 16% and 18% of those surveyed.

There is also evident unease around rising levels of inflation. In response to rising prices, around a third (32%) said they were seeking additional finance, 23% were reducing profit expectations and almost one in five (19%) said they would be prepared to take on higher levels of debt.

Staffing, which was already a problem pre-Brexit, also continues to be a challenge. Despite around two fifths of companies saying they expect to increase headcount over the next year, 61% reported that they were having difficulty recruiting the people they need, with IT and software roles the hardest to fill.

Cindy Hrkalovic, Head of Food and Drink at BDO said: “Over the last few years, food and drink manufacturers have proved themselves to be very resilient in responding to Brexit and COVID-19 lockdowns. Many have acted swiftly by choosing to in-shore or near-shore supplies and strengthen operations.

“Despite rapidly deteriorating economic conditions and new disruptions in global supply chains, this proven resilience is why food and drink manufacturers remain remarkably upbeat about their prospects for the coming year.

“However, with inflation continuing to rise at its fastest rate in 40 years, margins are suffering and this could derail the industry’s investment and growth plans. The industry will need to be more innovative and resilient than ever to work through these headwinds and this will only be possible with the right Government support.”

Food and Drink is the biggest manufacturing industry in the UK with a turnover of £112bn and exports worth £20bn. The sector employs 468,000 people and is reliant on a supply chain employing a further 4.2m people.