Although it took four trains to get down to Dorset to visit the Bournemouth-based factory of Parvalux, it was incredible to see how essential DC motors are to such a variety of applications as diverse as golf buggies, medical air pumps, ventilators and even honey extractors. Electric motors are the beating heart of a whole plethora of products; chances are if it moves there’s a motor involved somewhere. Electric motors are everywhere; from the moment we brush our teeth in the morning to when we go to bed with the gentle murmur of a fan.

Throughout our day at work and at home, many items we use have a motor; you could be using a Parvalux motor without even realising it. Everyday household items, including white goods such as dishwashers, washing machines, microwaves and fridges, are powered by DC motors, which convert electrical energy into mechanical energy. Starting the day with a hearty English breakfast in our Poole hotel, my colleague Tom St John and I suddenly realised we’d spent way too long stuffing ourselves with hash browns and needed to get a move on.

On our way to Parvalux, driving through the rainy streets (even though it was August), we found ourselves in a back-and-forth disagreement as to whether he drove through a red light or not – to this day I am convinced that he did; perhaps this is a mystery the editorial team can solve in a future episode of The Manufacturer Podcast. When we finally arrived at Parvalux, our first task was to put on a pair of PPE over shoes with steel cap toes. These made me look like a female version of Krusty the Clown, and it’s safe to say the shoes did not match my outfit – but sometimes safety comes first.

Our hosts for the day, Managing Director, Doug Sheppard, and Marketing Manager, James Cope, explained that Parvalux was first established in 1947 by Mr L. Clark in London, where he provided motor rewinds and repairs. The business relocated to Bournemouth on England’s sunny south coast in 1957, where it began designing and manufacturing complete gear motor units for industrial applications. In 2008, Parvalux acquired Essex-based EMD Drive Systems, nearly doubling the company’s turnover in the process.

The Clark Group’s ownership of Parvalux came to an end in December 2018 when Maxon Motor, a specialist for mechatronic drive systems, acquired the company. Parvalux’s electric motors have end application use in industrial automation, agriculture, materials handling, building automation, mobility solutions, leisure, medical devices, transport and logistics and have worked extensively with F1 teams in the automotive sector. However, its most significant sector is medical – Parvalux motors appear in stairlifts, patient hoists and crucially worked closely with the government during the COVID-19 pandemic producing ventilator motors. 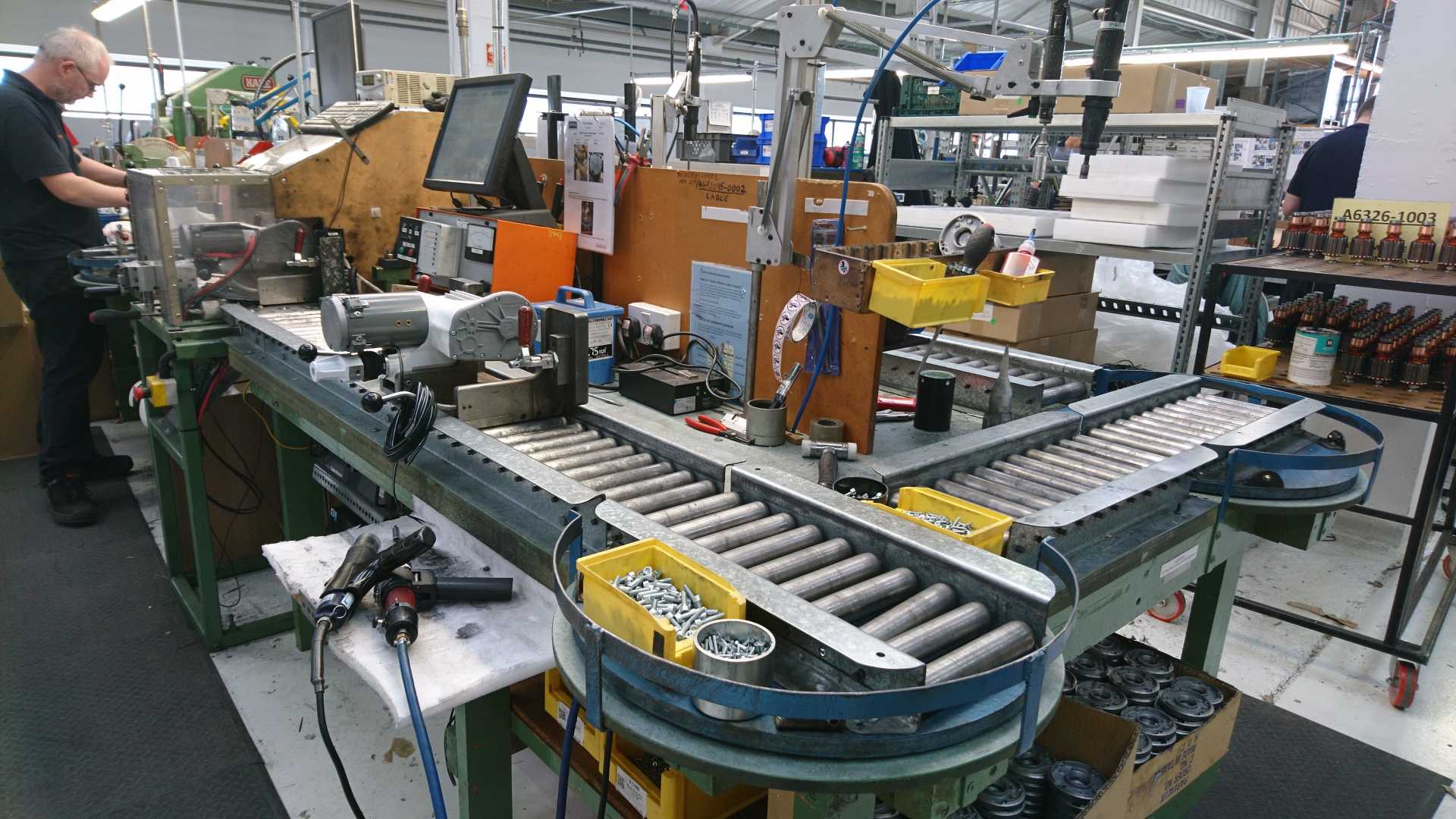 Currently Parvalux has three different production sites, which we were given the opportunity to visit, starting with the headquarters that house administration, design engineering and test functions. This factory is set up to manufacture one-off and low to medium volume production motors across the company’s entire spectrum of range and options. As volumes increase, the production process adapts accordingly and hands over the production lines to the High-Volume Production team. The HQ factory is run as an independent business unit, on lean manufacturing principles that incorporate manufacturing engineering measured against daily production targets. It’s no secret that UK engineering and manufacturing are suffering a massive skills shortage, and many manufacturers have described it as their biggest challenge. However, walking around the factory floor we saw a diverse mix of people of all ages, genders and ethnicities. Doug explained that Parvalux is very proud to have achieved a near 50/50 split in terms of the gender demographic, which is quite unusual in the manufacturing and engineering industry.

The company has set a goal to become more diverse and make itself more dynamic. He went on to explain that the company is heavily invested in improving the skills gap, acknowledging research that shows that having a more diverse workforce allows better decision making. Manufacturers in all industries are currently feeling the pinch of the skills shortage and so Parvalux has the ambition to open up its own academy over the next five years, working with schools and colleges to bring students through the T-level system into apprenticeships across the business. Parvalux’s aim is to tap into local talent, but to also give back to the community by providing access to jobs.

Digitalisation and sustainability come with a cost. However, Parvalux has invested heavily in both. Can you explain how? 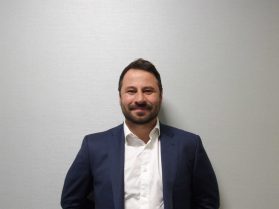 Parvalux is not a short-sighted company; our owners are incredibly passionate about investing in the long-term. We have set a company mission for 2030, 2040 and 2050 and when they invested in the new site, the owners asked us to look at a 50 year plan. The goal behind that was all around Parvalux’s investment in innovation, sustainability and digitalisation. And while digitalisation isn’t accessible to everyone, I’ve noticed over the past 12 months, particularly working with The Manufacturer, that there’s a lot of digital manufacturing events taking place. While some technologies have traditionally been inaccessible for many companies, particularly SMEs, it’s now becoming more readily available and more cost effective to adopt. We’ve been able to partner with a number of companies to invest in a machine shop, which is able to measure current form and the efficiencies in our CNC machines. It’s a cloud-based system so it’s very accessible and can be up and running within two weeks. It now gives us meaningful data on our factory which we can use to improve the business going forward.

Parvalux has been in existence for 75 years. How are you planning to embrace digitalisation?

Naturally, a 75-year-old business is going to have a legacy of some old equipment, as well as new. We’ve recently approved a £3m investment in capital equipment to go alongside our new facility, because we want to invest in our people, skillset and technology. We don’t want to move into a brand-new manufacturing building with our 50 year old machinery equipment, so we’re currently looking into how our systems are automated, but then also what that means for our people. We don’t want to invest in automation to lose people; it’s a case of investment in automation to upskill our teams and allow them to go on to bigger and better things in their job roles.

How are you seeing the general adoption of digital in the manufacturing industry?

Electric motors are quite a functional product and they’re quite mechanical based, but we’re starting to see more innovation in that area in terms of digitalisation. We’re looking at technologies and solutions that our parent company are working with, such as how they embed cloud-based systems and maintenance into their mechanical products. So we’re combining the service-based sector with the physical, and that’s something we don’t see too much of at the moment. To give you an example, it could be that in a couple of years we’ll be supplying electric motors that can tell our customers when it’s time to perform maintenance, rather than risk the product breaking down and then having a bigger issue further down the line. It’s a really exciting time to do that but it’s in an industry that’s not necessarily attuned to digitalisation; it’s motivating to be at the forefront of that while also helping the industry get on board.

We then travelled in convoy to visit the next facility which wasn’t far away, the High-Volume Production facility, which takes care of the higher quantity orders. It operates three independent flowlines, each supplied by Parvalux’s own in-house winding section and sub-assembly lines. It is entirely self-sufficient and delivers to customers directly. Similar to the HQ production facility, the Parvalux HighVolume Production facility operates semiautomatic winding machines to produce armatures from spindles and laminations, wound with copper. Parvalux’s lean methodology journey has begun, with its goal being to create a true Centre of Excellence for winding and assembly of custom designed, application specific, geared motor solutions.

Unfortunately, we didn’t have time to visit the Parvalux Machining Centre of Excellence (I’m going to blame us for overindulging on one too many hash browns for breakfast), but we were given the low-down from Doug about how the site operates. It is responsible for manufacturing a wide range of different components used in the production of motors and gearboxes. This includes shafts, machined castings, stators, rotors, and gears that are later used in the assembly of geared motor solutions. This facility is able to produce high-volume, quality components in a very short space of time. Finished, fully tested components are then sent to the assembly facilities ready for use in the production of geared motor solutions. However, soon these sites will be no more as Parvalux is expanding.

The company will amalgamate its operations from the three existing factories and the administrative functions to create a single purpose-built manufacturing centre. We got to visit the 8.75-acre development and it was amazing to see all the work that has taken place since construction begun in 2020. Speaking on the job opportunities created by the new facility, Doug explained that over 200 new faces are expected to join the company by 2030, and as Parvalux is on target for its third consecutive record year, he expects even more to be added in the coming years. The new production development is incredibly exciting for the local community and further shows the company’s commitment to the local economy, as well as growing the Parvalux brand.

Manufacturing is the largest emitting industrial sector, generating 16% of total UK greenhouse gas emissions in 2019. This means that if the UK is to meet its target of becoming net zero by 2050, manufacturers have a considerable part to play. With such a big push towards sustainability and renewable energies, it felt a little silly to be asking what Parvalux is doing in this regard when we were stood on top of its solar panel lined roof. Doug explained that the company is incredibly passionate about sustainability, further strengthened by the maxon motor acquisition, a company which also has sustainability and environmental impact at the forefront of its business. A key feature of the new multi-million pound facility, and one of Parvalux’s primary aims, was to create a carbon neutral factory. The site is on target to achieve this thanks to approximately 1,500 installed solar panels, with capacity to add more as the company grows. The installation will give Parvalux the foundation to achieve carbon neutrality by 2030.

• Automation doesn’t have to mean losing people; it can upskill teams and allow them to go on to bigger and better job roles

• Despite the cost, investing in digitalisation is worth it when it gives back meaningful data that can be used to improve the business