Paving the way for success in STEM careers

To those not directly involved in the industry, misconceptions about manufacturing and engineering often give a false impression of the sector. Of course, that couldn’t be further from the truth.

In reality, manufacturing is one of the most innovative sectors in the world. It is regarded as the backbone of both social and economic development. It aids in the modernisation of agriculture for example, and the reduction of people’s significant reliance on agricultural income by offering jobs in the secondary and tertiary sectors, and let’s not forget – engineering is also one of the most highly paid sectors.

However, how do we go about changing misconceptions about the industry, encourage the younger generation into the sector and put STEM subjects front and centre of learning? Research tells us that the more interactions young people have with engineering professionals, the more they understand what engineers do and the more likely they are to consider a career in the sector. We all need to be showcasing engineering careers to young people, giving them the opportunity to get hands-on with STEM, to meet and learn about people working in STEM careers and to understand the diverse range of career opportunities available in engineering.

Looking ahead to Digital Manufacturing Week, I’m excited that we will be opening up Smart Factory Expo during the afternoon of the second day to inspire the next generation of industry talent. Students will be able to take the first step into their careers and engage with the rapidly evolving world of manufacturing via the innovation, products and services that represent the future of the industry within the exhibition.

Find out more about Manufacturers of the Future at Digital Manufacturing Week. Big thank you to our supporters Enginuity, Made Smarter and InnovateUKRI.

In this article, I speak with Neelofar Ansari, Senior Manufacturing Development Engineer at BAE Systems, who is working hard to inspire new engineers and is looking for opportunities to promote and teach STEM subjects.

A member of The Manufacturer Top 100 2021 alumni, Neelofar grew up in Manchester where she studied an Aeronautical Engineering degree as well as completing a Master’s in Aerospace Engineering. Her interest in engineering stemmed from her love of maths and physics, which deepened when she began to learn about space.

She told me: “I was one of those children that always knew what they wanted to do when they grew up and for me, I was either going to be a rocket scientist or a neurosurgeon. I still felt like this during my GCSE years but when I got to university, it was always going to be engineering for me. I had developed such an interest in the subject that it just made sense. I absolutely loved my course at university – I loved the group work, team building activities and especially the parts where we got to design aircrafts.”

After university, when applying for jobs, Neelofar began working in the Submarines department at BAE Systems, which she described to be very different from her aeronautical engineering background. She said: “I didn’t realise it at the time, but it doesn’t matter what engineering degree you’ve done, you can pretty much be any engineer as long as you’ve got a core understanding of how engineering works.”

Where did your passion for STEM subjects start?

NA: I was part of the graduate scheme at BAE Systems for two years before making the move within the company to air. During the graduate scheme, I devoted a lot of time to promoting STEM which had been a passion of mine from a young age. When I was 16, I was tutoring my peers in maths because I realised that it was something I enjoyed. Teaching has since turned into another passion and I’m now a private tutor.

At the same time, the graduate scheme allowed me to become a STEM ambassador at BAE Systems which led me to get involved in several activities; one of those being Lego Robotics for primary school children, which was really fun. I was also part of a Science Girls Project aimed at just the girls in the school to encourage them into STEM subjects.

During this project I learned that some girls stop showing an interest in science when they get to a certain age because they feel that boys take over the classroom. After this, it was clear that when the girls were taught on their own, they were more willing to get involved in experiments compared to a mixed class.

This is a perspective that I only fully appreciated when I started talking to the pupils. In one primary school I visited, I met a young girl who, I later found out, had gone home and told her parents she wanted to be just like me when she grew up – this is what made me realise that we need to be showing kids what is available to them at a young age. The fact that I had inspired her, and she could see herself in a similar role, was amazing.

Sometimes a lot of STEM work is done at secondary school, but this might be too late for many young people; we need to be instilling that spark from a far younger age. Trying to ignite a spark in children when they’re teenagers is a challenge because they tend to have so much going on that they often end up going with the easiest options.

I’m still doing a lot of STEM work; continuing with private tutoring, mainly on a voluntary basis. This is because there’s a lot of young pupils in the areas around me that can’t afford it. I’m also starting a Saturday and Sunday school for GCSE students in my local community.

What does your current job at BAE Systems entail?

I’m currently a Senior Manufacturing Engineer at BAE Systems, working in the technology delivery team. We get given a problem that exists on the shop floor, and we’ll look at the manufacturing processes, systems or even machines.

For example, one of the common problems my team encounters is when a process might not be fast or efficient enough. Sometimes there are skills gaps where a department is onboarding new staff, but it’s taking too long for them to learn how to do the job, so they’ll ask us if we have a technology that can help solve the problem.

We’ll then do an in-depth analysis into the problem to figure out why it’s happening and then we can look at which technology might be best suited to help solve the problem. The best way for me to describe it is when you go to IKEA to buy a piece of furniture, the younger generation will prefer to watch a YouTube video on how to build it rather than read an instruction booklet. A lot of traditional engineering methodologies and processes still have those instruction booklets, even if they are in digital form.

This can be very hard for engineers because when they’ve got a 3D part in front of them and they’re trying to relate it to a screenshot, then often information can be misinterpreted which causes faults, delays, and increases the time required to complete the job.

My job is to find technology solutions to make it easier. These might include projection technologies, augmented reality, or mixed reality headsets, which overlay the CAD model of the part, highlighting areas that need attention.

Not only this but I partake in some work on collaborative programmes with external companies, as well as doing a lot of research and development in general; if there’s a new software or piece of kit out there, I will do the research to see if it’s something that could be implemented into the current factory and if not, figuring out what can be done for the team to make that change.

Is BAE Systems doing anything to combat the shortage of skills in STEM subjects?

Diversity and inclusion are a massive part of the company’s ethos. BAE Systems has an ambition to ensure that women make up at least half of our executive committee by 2030 and increase the representation of race, ethnicity, and gender in our workforce. In the UK, and by 2030 at the latest, the aim is to have women make up more than 30% of our workforce.

This includes more women in senior grades and in STEM roles. Recently, I took part in a two-day conference where over 100 young girls joined from around the UK to talk to different female leaders within BAE Systems. The conference covered the type of work the company is involved with and the various routes to take.

It also gave attendees basic skills around how to apply for a job, which is something that a lot of people struggle with. Some of our basic training courses at BAE Systems are about knowing the difference between conscious and unconscious bias which is something I believe is so important. A lot of our courses also told us that women find it harder to apply for a new job because they will try and tick every single box in the jobs category, whereas males will probably fit 50-70% of the criteria but still apply for the job. This is something that women do unconsciously, but we must make them aware of this.

There’s a lot of STEM activities going on within the company, and in particular BAE Systems’ Apprenticeship Scheme, which offers intermediate, advanced, higher and degree apprenticeships where young people can get hands-on work experience on real-life projects. They also get on-the-job training and mentoring from professionals at the company’s in-house training facilities and partner universities. BAE Systems has built up a community of apprentices across the UK with lots of different people from across the business; 95% of apprentices choose to stay on and there are so many opportunities and roles to explore.

Is the landscape around skills in manufacturing changing?

In terms of who works in the industry, we’ve still got a long way to go. In other areas of the business, there is more diversity, but we struggle in the manufacturing environment because of the traditional view of manufacturing being hands-on, skilled jobs. It is, of course, but there should be more diversity on the shop floor. It’s improving but not at the rate we’d like it.

As such, there is a huge push on getting Industry 4.0 technologies deployed and trying to get connected factories implemented etc. The problem with a company like BAE Systems, especially in air, is that products are designed every 20-30 years, so the rate of production makes it slightly harder for a company like us to progress as fast as we’d like.

How can we encourage more young girls into the sector?

The investment needs to be put in now, for any change to be made in the future. I mentioned earlier how we need to be encouraging young children at primary school age, not wait until secondary school. There has been a massive change but there still aren’t enough female leaders in senior positions within the sector.

There are more than when I was at school but if young people can’t see something that represents them, then it’s hard for them to imagine they can do the job themselves, so it’s about showing that there is a fully diverse environment for those people to come into, not just from a female perspective but a cultural one too. It’s not just about having more female role models but also, having more male role models who encourage women – it’s important to have a balance. 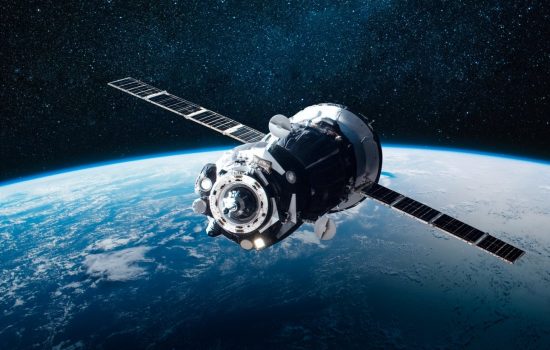 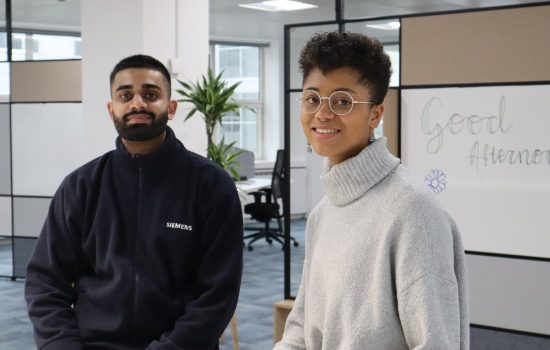