Paving the way to net-zero manufacturing

At Digital Manufacturing Week, Steve Evans, Director of Research in Industrial Sustainability, (IfM) Institute for Manufacturing, University of Cambridge, spoke to Tom St John about how companies are using industrial digitalisation to drive carbon reduction alongside labour and capital productivity.

Addressing the Manufacturing Leaders’ Summit, he stated that if we don’t solve the problem of sustainability, it will be our children and grandchildren who are going to suffer. Entering his first factory as an apprentice in the 1970s, he has been trying to understand what sustainability means for factories for 30 years. The debate around whether sustainability is something we ‘should’ be doing has long since ended and now focusses around the ‘how’.

Are manufacturers beginning to turn their focus towards sustainability?

What we’re seeing now though is that sustainability is becoming a conversation that pretty much everyone in the room wants to have. Some of them are ahead of the game and know what questions they want to ask. While others are just intrigued and are wondering whether sustainability is going to disrupt their business plan or if it represents a real business opportunity. Most people are in one of those two camps – there is only a small bunch of laggards that are disinterested, and that’s a very big step forward.

How can industrial digitalisation be used as an accelerator to drive carbon reduction?

I’ve been talking with some of the Made Smarter innovation researchers who’ve been working with different car factories. One is a very well-known British factory which has been using digital tools to identify energy waste and opportunities for energy savings.

They made some changes to their practices, and this one factory saved £25,000 pounds over the course of a single weekend. That’s a lot of money even before you scale that up, and it comes from the fact that the digital analysis could spot a pattern in the energy data which would have been difficult for a human, because there are millions of data items.

Is the clock ticking for digitalisation and sustainability?

They are different issues – digitalisation is a classic competitive race. It doesn’t matter how slow we are, so long as we’re faster than the competition. So, if everyone is slow, but we’re slightly less slow than everyone else, we’re still going to be the pioneers.

It’s not the same with sustainability and net zero. There’s an external clock that’s ticking. And that means that we can’t wait two decades and still be the leaders of the pack, because we will effectively be destroying the planet which delivers the raw materials, the workers, the healthy environment and the healthy air that allows us to be effective businesses.

What’s the full potential of digitalisation in terms of sustainability?

It comes down to push and pull. If we are pushing the technology out there, then we have to wait for customers to agree to have that technology thrust upon them. But I’m afraid if we do that, the rate of adoption will not be enough to maintain temperatures at 1.5°C above pre-industrial levels, and that’s dangerous. 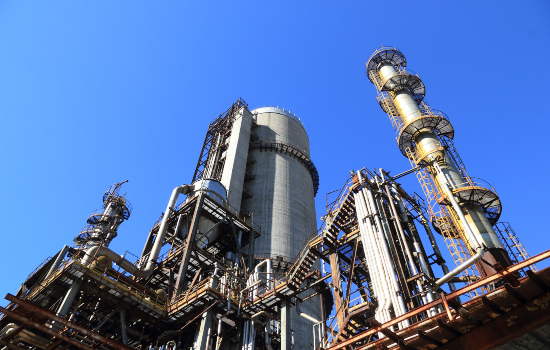 How technology providers and manufacturers can partner to drive sustainability success