Posted on 5 Feb 2021 by James Devonshire

Production at Cadbury's historic Bournville factory in Birmingham is set to increase by a third after parent company Mondelēz International announced it is investing £15m in the facility.

Up until 2010 — when Cadbury’s was controversially bought by Kraft Foods (now Mondelēz International) for £11.5bn — the majority of the iconic chocolate brand’s production was done at its Bournville facility in Birmingham. But following the takeover, production gradually moved away from Bournville to various sites in Europe.

Now, an announcement by Mondelēz International suggests that Dairy Milk is coming home once more. 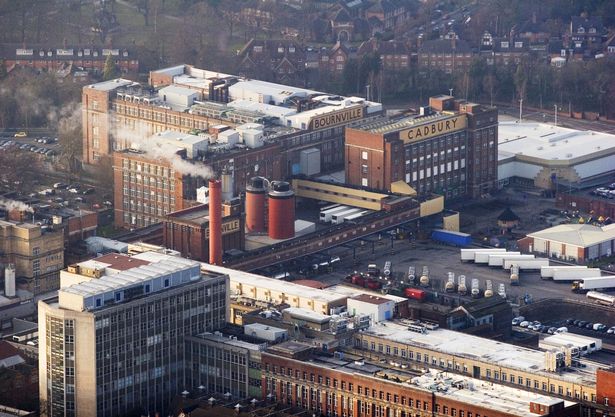 Dairy Milk bars have been being produced at Cadbury’s Bournville facility since 1905. Image courtesy of SWNS

Mondelēz says it will invest £15m in the Birmingham site, boosting its capacity by 12,000 tonnes a year from 2022. As a result, Cadbury’s historic Bournville factory will produce 125m more Dairy Milk bars than it does today.

While some production will remain overseas, the increase in capacity at Bournville will come at the detriment of facilities in Ireland, Germany, Hungary and Poland.

‘Never been more vital to secure long-term competitiveness and sustainability’

Of the £15m investment, about £11m will go towards a new production line, with the remaining £4m to be spent increasing Cadbury’s chocolate-making capacity.

The move to bring almost all Dairy Milk production back to Bournville will also enable 40 seasonal workers to move onto full-time contracts.

Louise Stigant, UK managing director of parent company Mondelēz International, said: “At a time when manufacturing in the UK is facing significant challenges, it has never been more vital to secure the long-term competitiveness and sustainability of our business.

“We now have an opportunity at Bournville to further invest in its future as the home and heart of Cadbury by bringing more Dairy Milk production to Bournville.

“We are making sure we can continue to be a world-class chocolate manufacturer so we are really trying to improve the facilities at Bournville.” 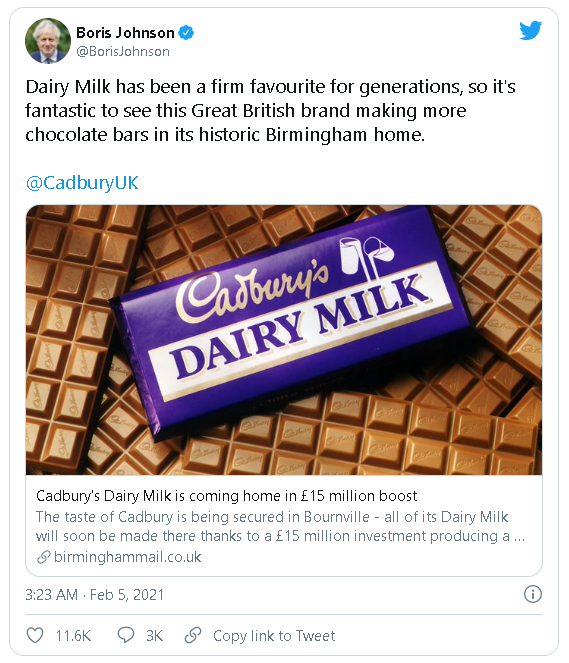 Prime Minister Boris Johnson welcomed the news, saying in a tweet: “Dairy Milk has been a firm favourite for generations, so it’s fantastic to see this Great British brand making more chocolate bars in its historic Birmingham home.”

Cadbury’s first Dairy Milk bar was made in Bournville back in 1905. The site currently employs 1,300 people out of a 4,000 strong workforce across the UK.