Posted on 1 Oct 2019 by The Manufacturer

A major European car brand is expected to fail within the next three years as automotive manufacturers fight to survive a period of “extreme change”, according to a report published today.

Protolabs Europe vice president and managing director, Bjoern Klaas, said leaders in the automotive sector were facing a “perfect storm” of trade wars, the race to electrification and Brexit that could see one of the big names fall victim.

Senior managers, research and development, engineering design, technology and supply chain personnel from manufacturers based in France, Germany, Italy and the UK were interviewed by Protolabs in July.

The survey revealed that 71% of participants are keen to digitise or adopt Industry 4.0 “in order to survive”, with many anticipating stricter environmental regulation in the coming 12 months and more than half fearing a revolutionary new technology entering the market within the next three years.

Nearly 70% said they felt pressure to innovate more than any other time in their career and two thirds agreed that without “strong” research and development functionality their business would “cease to exist”, according to Klaas. 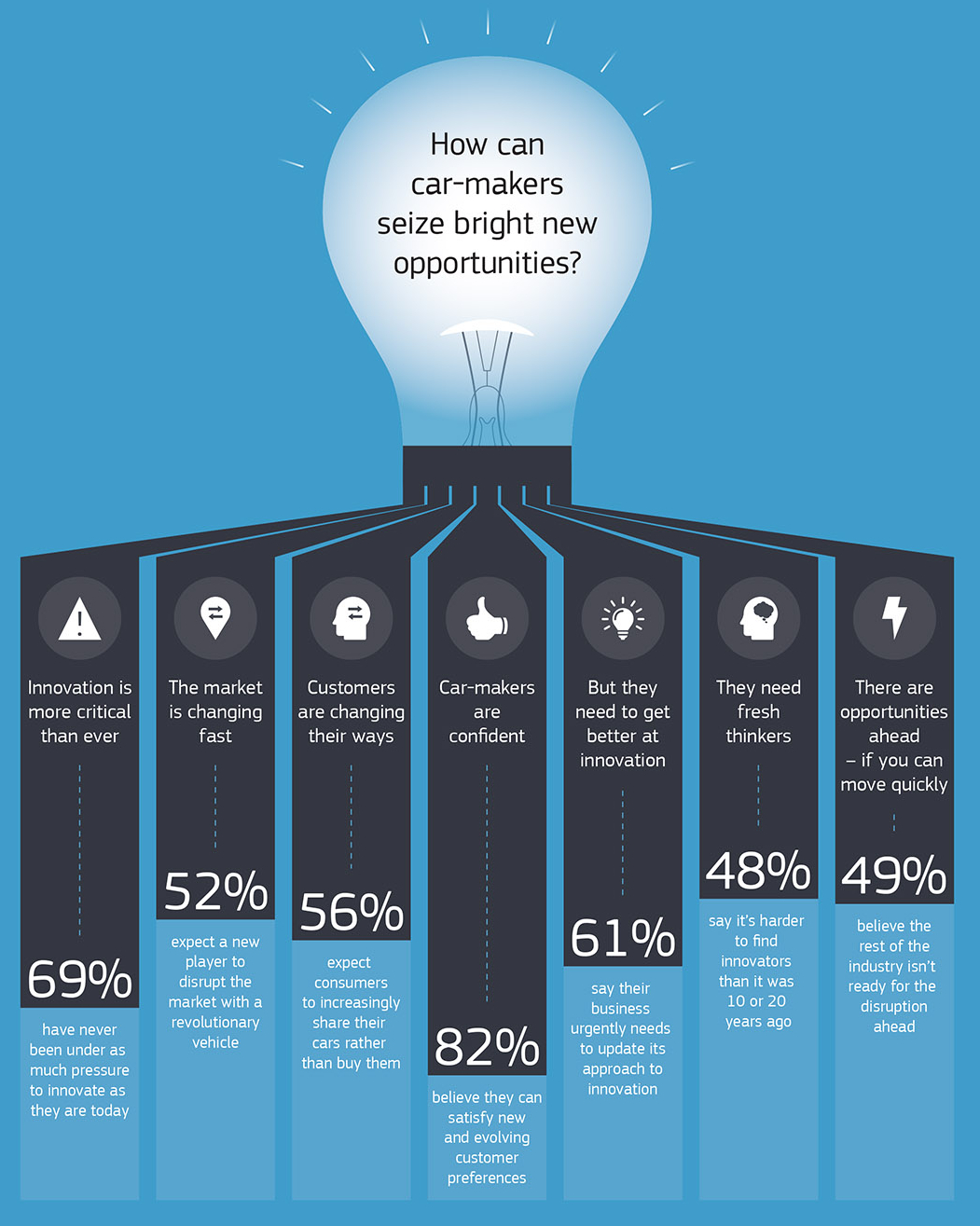 On a more positive note, Protolabs found 69% of respondents are poised to scale up new innovation with nearly as many ready to include customer insight in the early stages of design. Nearly half, however, said they might struggle to withdraw a failing product without feeling the impact, according to Protolabs.

“There appears to be a perfect storm developing in the automotive sector, with trade wars, Brexit and the race to electrification creating a time of extreme change for the car brands and supply chain,” said Klass.

“With so many challenges, it’s imperative that the industry continues to invest in R&D and its collective ability to bring innovation to market quickly.

“With this report highlighting the unprecedented change expected within the next three years, it’s almost a case of innovate to survive and then thrive,” he added.

The report’s findings are endorsed in an exclusive interview with Mike Hawes, the CEO of the Society of Motor Manufacturers and Traders (SMMT) that will appear in the upcoming issue of The Manufacturer.

Hawes tells us a closure may not happen immediately, but a no-deal Brexit will seriously undermine the stability of the automotive sector and make “a death by a thousand cuts” much more likely.

Mike Hawes will also be Nick Peters’s guest on the next The Manufacturer Podcast. Be sure to subscribe via all major podcast channels.

*All images courtesy of Depositphotos  / Infographic by Protolabs