The Scottish government has raised £700m by auctioning seabed plots which can be used to build offshore windfarms.

Big oil and renewable energy companies, which hope to build next generation windfarms off the Scottish coast, were among the bidders in the country’s biggest ever seabed plot auction.

BP and Shell, as well as renewable energy companies Scottish Power and SSE, are just some of the firms that successfully secured permission from Crown Estate Scotland to lease the seabed. They plan to build enough windfarms to generate 25GW – well above the expected auction outcome of 10GW and enough to power the equivalent of 23 million UK homes a year.

The large scale ScotWind auction attracted more than 70 bids from international organisations all vying to snag themselves an underwater plot – predominantly off the east, north east and northern coast of Scotland. A total of 17 projects – which will cover just over 7,000km2 – were offered option agreements that reserve the rights to specific areas of seabed. 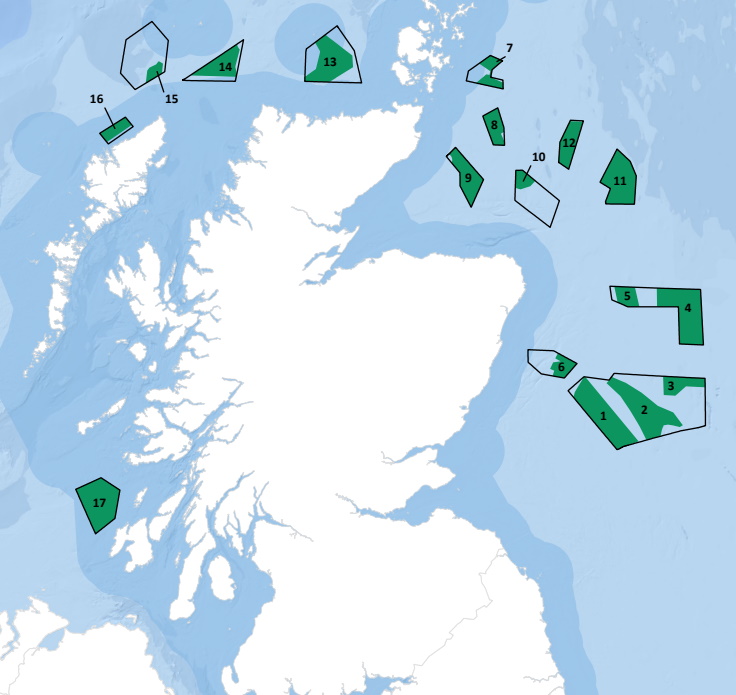 The windfarm developments will also reportedly provide a £1bn boost for every 1GW of offshore wind capacity built to Scottish supply chain companies, meaning local firms stand to potentially benefit from up to £25bn of investment.

“In addition to the environmental benefits, this also represents a major investment in the Scottish economy, with around £700m being delivered straight into the public finances and billions of pounds worth of supply chain commitments. The variety and scale of the projects that will progress onto the next stages shows both the remarkable progress of the offshore wind sector, and a clear sign that Scotland is set to be a major hub for the further development of this technology in the years to come.”

She added: “The scale of opportunity represented in today’s announcement exceeds our current planning assumption of 10GW of offshore wind – which is a massive vote of confidence in Scotland.”