A Staffordshire manufacturer that produces a range of car parts has invested in new equipment as it looks to boost its outputs, after securing a significant new contract.

RSD Pressings, based in Cannock, produces specialist parts for the automotive industry, including engine brackets and the brackets for car doors and bumpers. It has purchased a new state-of-the-art press after securing a £500,000 finance package from Lloyds Bank, which will significantly increase its tonne press capacity from 300 to 400 tonnes.

This increase will help the business to expand beyond automotive parts into areas such as building products. It recently won a significant new contract with a building goods supplier, which will increase its income by as much as 25%. The firm also hopes it will present opportunities for further organic growth among its existing customer base, which includes Jaguar Land Rover, Nissan and BMW.

As a result of the new contract RSD Pressings – which employs more than 50 people in Cannock – is planning to recruit up to five more members of staff in the new year. 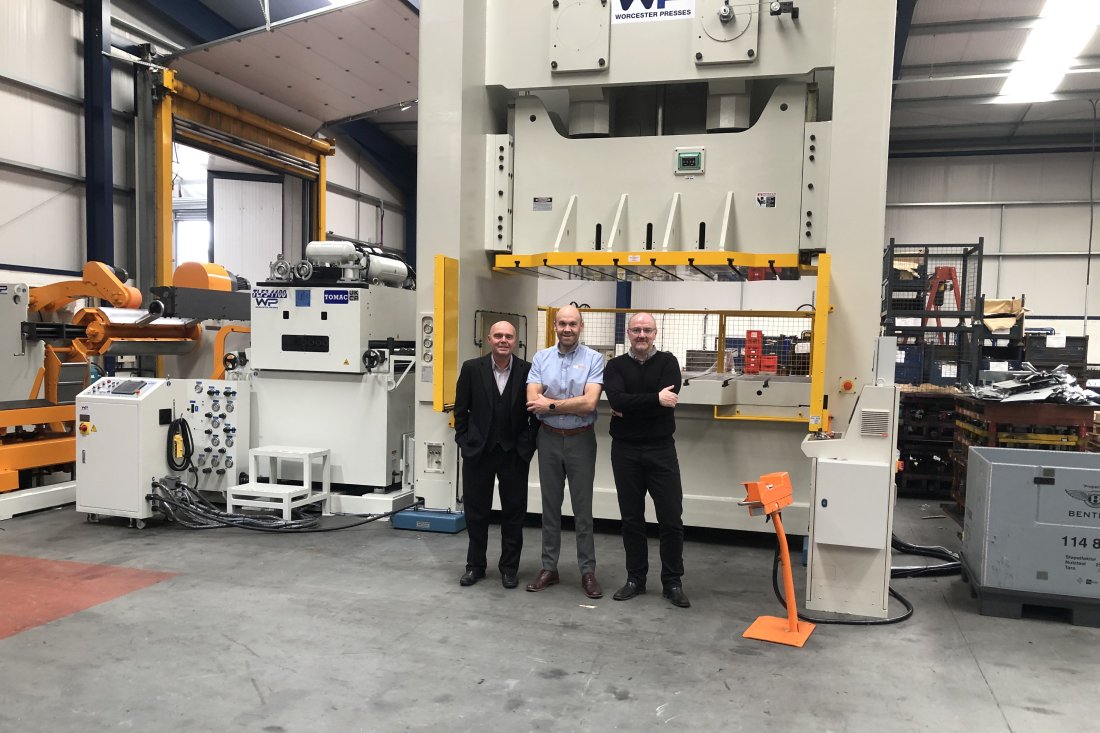 Dan Burton, managing director at RSD Pressings, said: “This investment is a key part of our ongoing vision for growth. It will mean we can transfer our expertise in the automotive industry into more areas like building products and open up more revenue streams. We’ve already secured one big opportunity and are sure it will bring more in the future.”

RSD Pressings also benefitted from a trade finance package from the Lloyds Bank team. The business needed to pay a significant amount of the cost up front before the machinery was shipped over from Taiwan but faced delays of more than eight weeks before it arrived in the UK. The trade finance package ensured that the business could relieve any potential pressure on cashflow while the equipment was in transit.

Dan added: “The trade finance support we received took the risk out of making such a big outlay and gave us the confidence to go ahead with the purchase. The Lloyds Bank team knows our business well, having worked with us for the past eight years and was able to offer the best solution for us. We’re really pleased their support has enabled us to make this investment.”

Mark Meakin, relationship manager at Lloyds Bank, said: “RSD Pressings has a big reputation in its specialist field, playing a vital unseen role in supporting a host of the big car manufacturers. They’ve shown great ambition by looking to grow their portfolio in new areas and we’re delighted we’ve been able to support them

Ian Littleford, associate director for asset finance at Lloyds Bank, said: “We’ve no doubt this new investment will bring a whole host of new opportunities for RSD Pressings business moving forward and we’ll be by their side as they look to capitalise on these.”