The right energy partnership offers the power to change

Advice from E.ON helped Foleshill Plating to more than double its production capacity but keep increases to its energy use to only 20%, as Chris Waterhouse told Ruari McCallion.

That’s why, in 2008, after 30 years in business, Foleshill Plating Co Ltd, of Exhall, Coventry, moved markets and installed its first cathodic electro-coating line. After a second line was added in 2011, e-coating now accounts for more than 90% of its business.

And, since launching in the automotive sector in 2013, its customer list now includes names like JCB; Jaguar Land Rover; Aston Martin; McLaren, and Bentley.

While such growth is a real success story, it also presented some challenges. “We found ourselves faced with a choice: to move forward or really step back,” said Chris Waterhouse, Technical Director.

The decision was to expand significantly. A new 16,560 sq ft facility increased Foleshill’s space by more than 80% and enabled it to boost production capacity by 120%. The expansion was helped by a grant for nearly £270,000 from the Coventry and Warwickshire LEP (Local Enterprise Partnership), which is supported by the government’s Regional Growth Fund (RGF).

You don’t go into an expansion of that scale without careful planning. Foleshill got in touch with E.ON and discussed its energy needs in depth. As it relies on 160°C temperatures on its painting line, energy’s a very big issue.

“E.ON were very thorough with its analysis and quotation process,” Waterhouse said. “We were advised that we needed to upgrade our power supply by 500kW. It put in a new transformer, which has two 11KV switches and means that we now have, effectively, three isolatable supplies.”

At the same time, we installed energy-efficient equipment, including soft-start motors and the painting line’s gas-fired heating was replaced with a hot water boiler system. “We have ten motors running at a variety of loads; soft-start means that we don’t over-demand electricity, so we don’t suffer penalties,” Waterhouse explains. 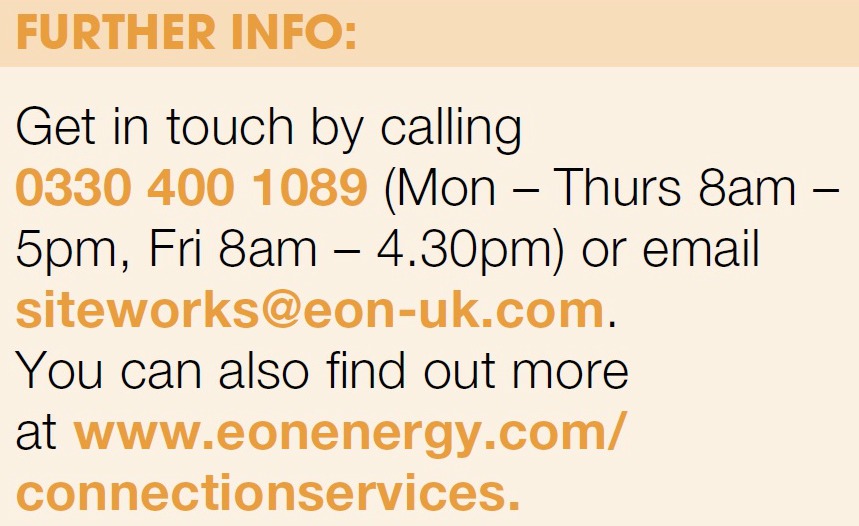 Production can be monitored from anywhere with an internet connection but the biggest step forward came when the reality of its energy consumption was quantified. “We’ve boosted capacity by 120% and we’re processing production more quickly, but our energy needs have gone up by only 20%.”

E.ON has a comprehensive checklist for all businesses thinking of expanding. “About 20% of our new business customers are new starters, companies being created in the new economy, but the majority of our customer requests come from the expansion of current business” says Matthew Barrow, Business Development Manager.

Barrow advises that any business considering expansion should consider the following points: