The week that was: Low cost UK, Birmingham export champions and all change at Boeing

TM's James Pozzi gives his take on some of the industry's key talking points of the week. 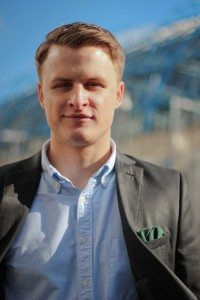 Western Europe’s lowest cost production nation. According to the study conducted by the Boston Consulting Group, manufacturing costs in the UK have improved by up to 10% in comparison to other Western European nations. This is attributed to stable wages and improved productivity over the past decade. These two facts alone have been at odds with other reports of recent times, which have painted a picture of UK production falling and wages stalling.

So how can we best determine what the BCG findings really mean? While it would be easy to revel in the positives, the skeptic in me suggests championing the UK as a country of low cost manufacturing is the wrong route to take. Many of the companies I’ve encountered in my 18 months with this publication see the UK as a nation that’ll grow its manufacturing based on a penchant for quality, rather compete through the high production volumes and low labour costs associated with other world nations. China immediately comes to mind, with The Economist proclaiming as far back as 2012 that the cheap labour that had driven the juggernaut had started to lose its lustre. The subsequent fall in production is something TM has also highlighted throughout the course of this year.

Championing the UK as a competitor with the likes of Poland and the Czech Republic – traditional Western Europe under cutters – is undeniably flawed. Cheaper labour as a driver for investment and jobs in the UK leads to question marks over manufacturing’s reputation as a viable employer for generations to come. While highly skilled roles will always see demand dictate attractive salaries, its the more base level roles that could suffer. Wider issues such as the increased cost of living also can’t be ignored.

When looking at other countries’ figures, the wage picture in the UK becomes more alarming. The UK has seen its manufacturing wages rise by 16% in the BCG survey period, compared to 52% in France and 62% in Italy. This coincided with data showing earnings in the UK had fallen for the first time in over five years, a move resulting in the Bank of England to downgrade its annual earnings growth forecast from 2.5% to 1.25%.

The UK needs to increase competitiveness, and have the framework for a business friendly environment ripe for further inward investment. And certainly, cost competitiveness to some degree can’t hurt its cause. But this cannot be at the expense of investment. This extends from increasing the national uptake of automation and robotics to lift the UK up from its lowly world ranking, increased R&D spend and a visible commitment to high value, world leading technologies.

The end of last week saw me visit Birmingham to tour some of the second city’s best and brightest SMEs. A coffee machine maker (Fracino) and a precision stampings manufacturer (Brandauer) gave me a first-hand insight into not only how SMEs are innovating their products, but successfully selling them into foreign markets. Fracino, a family-run business, sounds more accustomed with Ascoli than Aston. But through the vision of its managing director Adrian Maxwell, who shared with TM the company’s export story, Fracino has seen exports grow to account for 28% of all turnover.

Benefiting from the Made in Britain surge overseas, the company most notably gained the distinction of selling its machines to the Italian market, providing one of those rare business ice to Eskimo moments. Even GQ magazine, style bible and trends influencer, proclaimed Fracino machines as one of the 100 Best Things in the World last year. Quite gratifying to see the good people at Sloane Square taking notice.

Brandauer, which celebrated 150 years in 2012, is another interesting company continuously finding new ways to provide solutions for its customers. As one of Europe’s leading presswork and stamping providers, around 75% of everything made at its factory is exported overseas, whether it be a component for a kettle or a car. In providing solutions for companies from Germany to the USA, Brandauer’s ‘no problem too difficult’ mentality has won it many admirers and award recognition. None more so than in China, where it exports a staggering 80 million components per year. You can read more about the trip over the coming days.

Seeing the aforementioned duo grow through exports is satisfying for both the UK and the West Midlands region. As one of the traditional heartlands of the nation’s industry, the area was a lot slower to recover from the recession than others. Prior to the downturn, it was still nursing the hangover of 1980s industrial decline, something it never truly recovered from. But SMEs like Fracino and Brandaeur show are just two examples of Birmingham manufacturing firms thriving and investing in their future.

TM’s Export Conference, which yours truly will be chairing, takes place in London on September 9. At the event, Mr Maxwell will be telling the Fracino story and how it obtained its export success. As just one of a whole host of electric industry figures speaking on the day, I urge you to attend. Whether you are a company with aspirations of breaking into new global markets or even looking for tips on how to further grow existing activities overseas, there will be something for everyone.

Wednesday saw the announcement of Sir Roger Bone stepping down as president of Boeing UK & Ireland after nine years at the helm. Under his stewardship, Sir Roger has overseen UK growth with further market expansion further in the market and grow its UK employee base from 500 to around 1,700. Such figures illustrate the success of the former diplomat’s time at Boeing in a time where delivery of its Dreamliner models accelerated to record orders while the UK cemented its place as the world’s number two aerospace sector.

Sir Roger spoke at TM’s Export Conference last year, where he suggested it was possible Boeing could manufacture in the UK in future. His tenure also saw major successes including Boeing signing major contracts for almost every type of commercial plane, while a raft of high profile military orders including the Chinook helicopter were rubber stamped.

Sir Michael Arthur – a career diplomat like Sir Roger – will take up the reigns from October. With competition intensifying by the week with rival Airbus, the changeover comes at a curious time for UK aerospace. The industry, our sector focus for July/August, very much has its tails up at this point with a flexible and skilled UK supply base benefiting from multi-billion orders.