Posted on 8 Jul 2019 by Jonny Williamson

There has been an increased emphasis on digitalisation within manufacturing. While some may see this as a means of reducing cost, Simon-Kucher believe the bigger profit opportunities will come from focusing on the topline (revenue side of the profit equation).

The majority of companies surveyed (81%) have made investments in digital technologies in the past three years, according to Simon-Kucher’s global study of 2,000 executives.

What was particularly interesting though was the focus on and the outcomes from those digital initiatives. Whilst three-quarters (75%) of digitalisation efforts focused on increasing the top-line, less than a quarter (23%) of all companies actually saw a top-line impact.

“The intention is there, but the realisation is not,” noted Colman. He advised businesses adopt a strategic view of which initiatives and specific technologies to execute, rather than a more scatter-gun focus on simply ‘doing digital’.

Many organisations fall into the trap of focusing on their digitalisation investments on the wrong –lower return on investment – initiatives.

Investing in increasing process efficiency and installing customer relationship management software, for example, is one of the most common digital initiatives, but demonstrates a relatively low-return

How Simon-Kucher looks at digitalisation from a topline perspective:

According to Simon-Kucher’s research, how you charge is more important than how much you charge. For example, the traditional revenue model for an elevator manufacturer and service business is to sell an elevator to a building owner (a high upfront cost) and charge separately for service/maintenance.

New revenue models, however, have become far more service focused. In the case of the elevator manufacturer and service business, they would sign a contract with a building owner for 10 – 20 year ‘elevator right’s and charge leaseholders/tenants a flat monthly rate (a stable, predictable revenue stream).

The same model is increasingly being used for numerous products ranging heating systems, to surgical robots and aircraft engines.

“By re-configuring the value chain to circumvent distributors and re-sellers, manufacturers are able to gain direct access to end-consumer and influence their purchasing decisions. Those companies that have jumped the value chain to bypass middlemen typically secure a margin advantage due to direct selling via their own e-commerce platform, however they need to be careful of a backlash from distribution partners” Colman explained.

“Alongside hardware, parts and services, industrials now have two new ‘products’ to price – data and software. Traditional cost-plus methodologies do not apply to these new products,” he added.

With all the talk of technology, data and digitalisation, it’s also important not to overlook the human angle if you want to be successful. However, that’s exactly what many businesses are doing.

How have you adjusted your sales department for digitalisation?

Digitisation is not an IT project, technology is just the enabler for new revenue generating opportunities

“Every company has to have a digital plan, but that plan can’t be about technology. It has to be about how you make money,” Colman said.

There are three kinds of companies, he concluded:

Which one accurately describes your business? 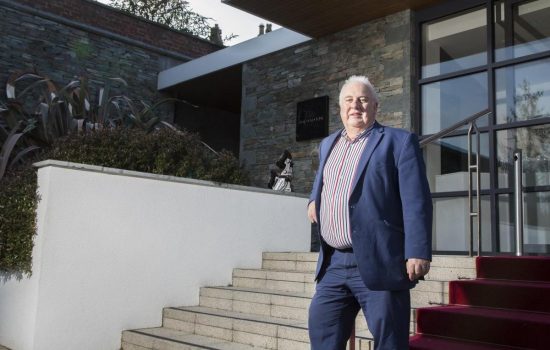