Trump, Intel and TSMC in talks to increase microchip manufacturing in the US

The Trump administration is reportedly in talks with Intel and Taiwan Semiconductor Manufacturing Company (TSMC) to build new semiconductor plants in the US.

The move comes amid concerns the President has over-reliance of suppliers in Asia for a multitude of products, including microchips used in a wide variety of electronics.

According to Associated Press, a spokesman for Intel, the biggest US chip maker, said that the company is in discussions with the Defense Department about improving domestic technology supply. Spokesman William Moss said Intel is well-positioned to work with the government “to operate a US-owned commercial foundry.”

Intel CEO, Greg Slater, told the Wall Street Journal that the company’s plan is to operate a manufacturing facility that can provide advanced chips securely to both government and private entities.

“We’re very serious about this… We think it’s a good opportunity,” Slater said. “The timing is better and the demand for this is greater than it has been in the past, even from the commercial side.”

Intel already has a substantial presence in the US, with campuses spread out across areas including Santa Clara, San Jose, and New York. The tech giant also has numerous fabrication sites (Fabs) in the country, alongside one testing facility and one assembly development facility. Other sites are spread out across China, Malaysia, and Vietnam, among other countries.

On Friday, 15 May, the Taiwan Semiconductor Manufacturing Co. (TSMC), the world’s largest contract chip maker, announced that it will build a $12bn plant in Arizona, to open by 2024. It expects the facility to employ roughly 1,600 people and indirectly generate thousands of other jobs.

TSMC is one of only three manufacturers in the world that produce the most advanced computing chips — those containing transistors 10 nanometers or smaller. The other two are South Korea–based Samsung Electronics and US-based Intel.

Among TSMC’s largest customers are Apple and Huawei, the latter the US Department of Commerce placed on its so-called ‘entity list’ last year. Huawei’s inclusion on the list, along with 114 of its related affiliates, banned US companies from selling their technology to those firms without a special license.

But the initial blacklist didn’t affect TSMC because it is not a US company. This offered Huawei a loophole to continue accessing the cutting-edge chips used to power its smartphones, AI projects, and 5G networks.

On May 15, hours after TSMC’s plant announcement, the Department of Commerce sought to tighten that loophole by updating its export rules. Under the expanded regulations, any non-American chip producers that use American chipmaking equipment must also obtain a special license in order to sell to Huawei.

Samsung Electronics  already makes some semiconductors in the US at its facility in Austin, Texas but, according to Yahoo Finance, some US officials are keen to see it further expand its chip-making operations in the country.

Why now when the chips are down?

Discussions about increasing semiconductor manufacturing in the US have been prompted by the Covid-19 pandemic, which has disrupted global supply chains and highlighted how the United States relies on the global supply chain, particularly in the Asian region.

A majority of advanced chips are made in Asian countries, led by Taiwan and South Korea, and American companies have also invested in the supply-chain over the course of decades.

However, concern about relying so heavily on chips from Taiwan, South Korea and China started even before the Coronavirus outbreak.

The Pentagon and the Government Accountability Office (GAO) issued reports on the matter last year. The Pentagon report referred to Taiwan as “a single point-of-failure” for America’s largest technology companies

The GAO said that when US companies shift operations overseas it can mean lower prices for components and technology used in weapons systems.

However, having global sources “can also make it harder for (the Pentagon) to get what it needs if, for example, other countries cut off US access to critical supplies,” the GAO said in a report last September. 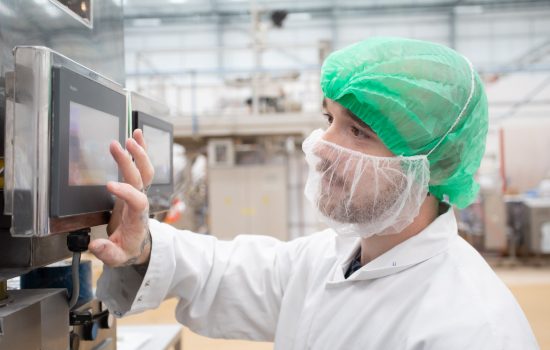