With demand for new aeroplanes predicted to exceed 38,000 by 2035, Jonny Williamson explores how the nation’s aerospace sector is ideally placed to take advantage of this £4.3 trillion opportunity.

It has become almost a cliché to extoll the virtues of the UK aerospace industry, so often are its numerous successes discussed and championed.

Currently the largest in Europe, and second globally only to the US, the impressive growth of the sector is testament to the work being carried out by companies the length and breadth of the nation.

Across almost every metric, numbers have soared. The sector currently contributes more than £31bn to the economy every year, with annual exports in excess of £27bn (nearly 90% of total output) – in 2013, those figures were £28bn and £25bn respectively.

The sector directly supports more than 128,000 skilled jobs, with a further 154,000 indirectly. Its productivity growth continues to vastly outpace the national average (30% versus just 2%), and employs increasing numbers of trainees and apprentices  – 60% of aerospace companies reportedly now offer apprenticeships, compared to just 15% in 2009.

It’s predicted that air passenger numbers will rise by 80%, to 218 million by 2034. Accordingly, every one of the world’s airlines – from flag carriers down to low-cost budget brands – is looking to replace and augment their in-service fleets with ever more efficient aircraft.

That’s “great news”, according to trade body, ADS, as it would allow UK aerospace to “continue to punch above its weight in supplying world-leading parts, technology, components and services.” 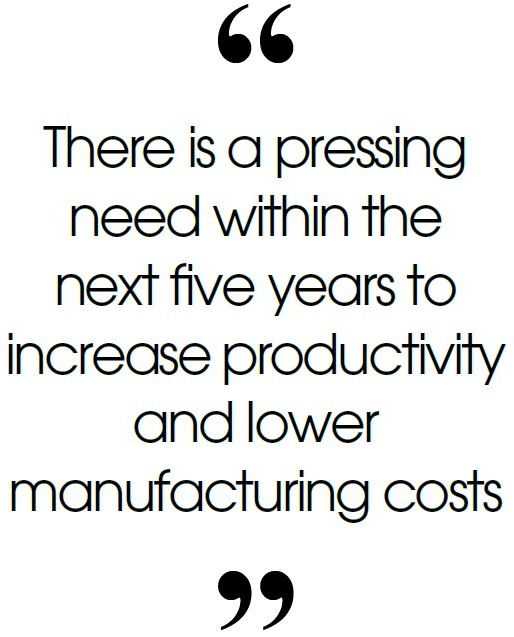 As far as airlines – and arguably their passengers – are concerned, there are only a handful of pertinent questions asked of new aircraft: Is it stronger? Is it lighter? Is it quieter? Is it more environmentally friendly?

UK aerospace companies can – and indeed are – offering the answers to such questions, as ADS chief executive, Paul Everitt states; “At the forefront of this technological innovation is the UK’s world-leading aerospace industry.

“From wings to engine, through to interiors and greater on board connectivity; the innovation, design and manufacture of new technology derived from UK industry will make a difference to the future of UK aviation.”

Yet, for comparable innovation to continue, a strong, secure pipeline of associated research and development needs to be maintained.

“However, international competition to attract high-value aerospace work is formidable – from established and emerging economies.

“Other nations, including those with a similar share of the global market, continue to spend heavily on aerospace-related research and development, narrowing an advantage the UK has long enjoyed.”

So how can the UK retain its globe-spanning status as an aerospace innovator and leader?

In a nutshell – collaboration and investment.

According to the mission statement, the Charter is an attempt to break down the barriers to future productivity and growth by disseminating new technology and fostering a more robust culture of innovation – particularly within the SME supplier community.

According to the AGP, poor supply chain management is a barrier to productivity and growth; “Improved mutual understanding and co-operation between suppliers and higher tier customers will break down that barrier.”

The Charter aims to mean more than Prime and Tier One’s making demands of their UK suppliers; “It also entails suppliers benefiting from the information, skills and technology usually available to customers alone.

“Improved inter-company relationships and communication will build commitment to continuous improvement and drive positive change throughout the chain.”

With aerospace firmly considered one of the jewels in UK manufacturing’s crown, it was perhaps inevitable that it would catch the eye of those in Westminster. As such there has been a spate of government-backed initiatives over the past half-decade, ATI arguably being the most important.

Launched in 2013, the ATI is an independent collaboration between industry and government charged with leading the UK’s aerospace technology strategy.

With £2bn of secured research and technology (R&T) investment, around half has already been put towards initiating almost 150 new projects exploring a wide range of technologies within four broad themes:

According to the ATI; “Across all areas, there is a pressing need within the next five years to increase productivity and lower manufacturing costs.”

To achieve that, and to maximise every pound at the ATI’s disposal, it shouldn’t just be R&T which should be the focus of future investment; skills are just as important – especially at the higher end.

There are numerous similarities between automotive and aerospace, so it’s probably no great coincidence that the UK has become a world leader in both.

However, with a nationwide lack of highly skilled graduates and apprentices, rivalry between the two sectors to attract the top percentile is fierce – with those below each sector’s Prime and Tier One companies particularly feeling the pinch.

As is true for manufacturing as a whole, closer collaboration between all major stakeholders – industry, academia and government – is necessary to ensure future engineers and innovators have the required skills, tools and mindset for the UK to compete in an increasingly competitive global market.