A UK manufacturing company, involved in the manufacture of a carbon fibre body for a 270 mph hypercar, has showcased the finished vehicle, wowing motor enthusiasts at a recent car show.

During this year’s Supercar Fest: The Runway event, which took place on 29 May in Northampton, Coventry-based Envisage Group took centre stage with customer 7X Design as the new hypercar took to the track. Based on a Lamborghini Huracan, the Rayo’s bespoke aerodynamic design sets new standards and encapsulates the best of British engineering.

Translating as ‘lightning’ in Spanish, Rayo is the latest project from bespoke vehicle creator 7X Design. The super-enhanced 1900bhp Lamborghini Huracan LP 610-4 took to the 1km runway reaching 190 mph as the coachbuilt carbon fibre body, engineered by Envisage Group, stood out as an exemplar of hypercar engineering. 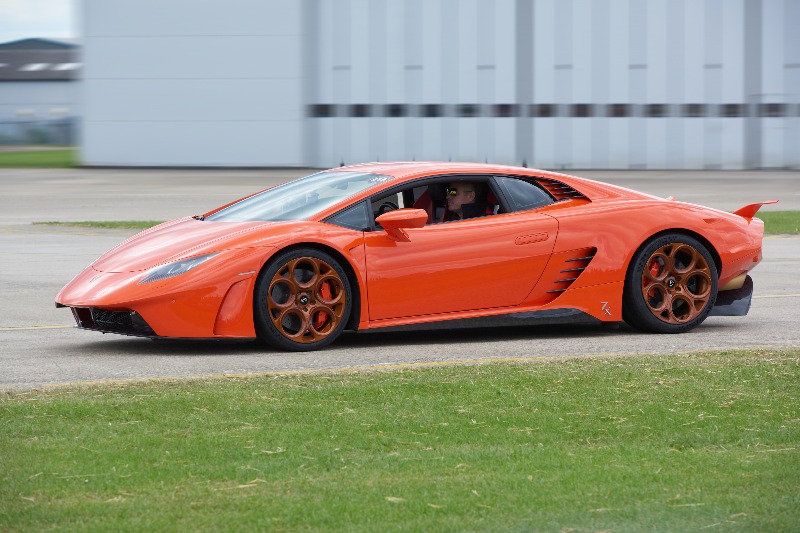 Based on a Lamborghini Huracan, the Rayo’s bespoke aerodynamic design sets new standards and encapsulates the best of British engineering. Credit: Envisage Group

Now in its third year, Supercar Fest is the fastest growing supercar event in the UK, allowing motor fans to get up close and personal to the industry’s most bespoke and sought-after vehicles. Much of the focus was on the ever-popular First Point Hypercar Zone where the Rayo went head-to-head with more than 50 unique vehicles, impressing the audience with its combination of speed and striking aesthetic.

Rayo’s twin-turbocharged V10 engine produces an incredible 1900bhp – compared to the standard car’s 610bhp. Yet the true differential is the aerodynamic body with a drag coefficient Cd of just 0.279 – a significant 28.5% better than the original. Envisage’s coachbuilding expertise has supported the extensive improvements to performance.

Envisage is renowned within the automotive sector for supporting vehicle development for everyone from start-ups to OEMs. 7X Design is a specialized Automotive designer and project manager that creates one-off vehicles of the highest standard. The team at Envisage had previously worked with 7X Design on a project in 2019 and was first choice to coachbuild the Rayo.

Envisage collaborated with 7X Design throughout the process, providing engineering on the provided 3D designs after hand-scanning the base vehicle to produce a full 3D model. The team then set to work engineering each individual panel, manufacturing the carbon fibre components and assembling the vehicle to match the design to sub-millimetre accuracy, and the integrity needed for 270 MPH plus speeds. Before the final build, the advanced paint technologies division painted all components in Sport Orange.

7X Design, recognizes Envisage Group as one of the best coachbuilders in the world given that their attention to detail is incredible, whether it is engineering components or painting panels. Both companies have worked together at every stage, and look forward to working together to help Rayo truly fulfil its potential.”

Since being established in 2009, Envisage Group grew on the back of its ability to respond to changing customer requirements. With four sites in Coventry, together with offices in India and the US, the group has become the preferred coachbuilder for automotive clients around the world.

Tim Strafford, Envisage Group CEO, said: “Supercar Fest was a fantastic event and highlighted just what we’re capable of. The Rayo is a remarkable vehicle and we’re very proud to have played such a key role in its creation. Our relationship with 7X Design goes from strength to strength and we relish every challenge.”

Envisage has offered 7X Design support throughout the hypercar’s journey. After delivering the finished vehicle, the teams continued to work closely together, since its launch at Hampton Court, testing in the wind tunnel at Elvington Airfield, preparing the car for its aerodynamic speed validation tests at IDIADA, Spain, or showcasing at Supercar Fest.

After surprisingly reaching a top speed of 278 mph at IDIADA, validating the aerodynamic capability of 7X Design and the workmanship at Envisage, the Rayo is arguably the fastest one-off coach-built vehicle in the world.  The next goal is to hit 300 mph.