With manufacturing output rising at around 0.2% a quarter, the UK is finally enjoying a sustained period of growth.

Fuelled by stable costs, low interest rates and more predictable demand, market conditions are amenable, and the hard work undertaken by manufacturers to reinvent themselves is paying dividends. However, we are by no means out of the woods.

As the 11th largest manufacturing nation in the world, the UK faces a number of major challenges. It can never be the lowest cost provider. Economic factors such as taxation infrastructures and wages in the Far East and Eastern Europe mean that those countries will always have an advantage from a purely cost standpoint.

So in order to sustain growth and maintain competitiveness we must focus on our core strengths of innovation, productivity and service, continuously looking at ways to enhance these areas.

Technology is crucial to this end. Gone are the days where systems were deployed to cut costs and refine back office processes. For the most part this has been achieved.

In 2015 technology is a key driver of growth and competitive advantage, in the same way that new skills or new production equipment might be. 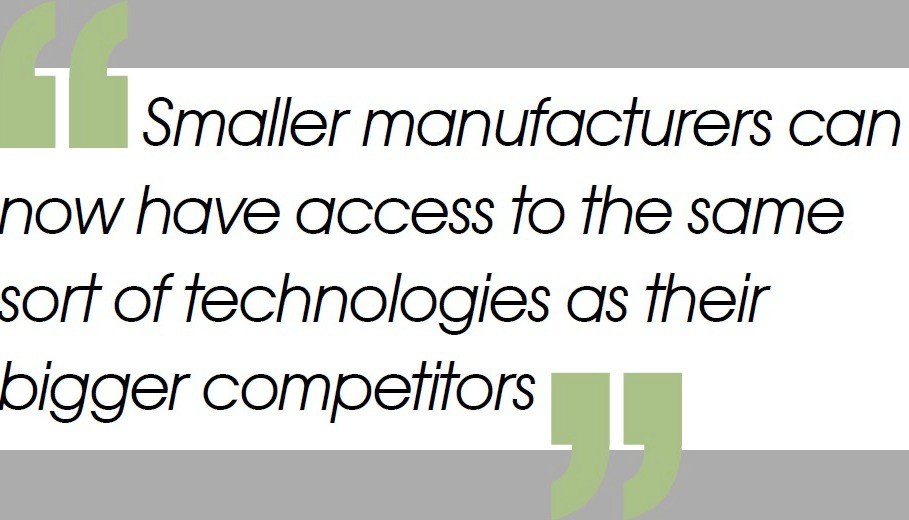 This sentiment is echoed by manufacturers themselves, with almost two-thirds claiming that UK manufacturing’s ability to compete globally will depend on keeping up with technology according to a recent EEF commissioned study.

At the same time, manufacturers in the leading quartile of performance are typically those that have invested the most in technology and supporting systems. Industry 4.0 is expediting this shift, providing manufacturers with a framework from which to deliver against these key areas.

Strategies to create super-rich repositories of information enable a level of insight which would previously have been impossible. This in turn brings far greater speed and intelligence to operational decision making, establishing sufficient agility to compete on core strengths.

Quite literally, manufacturers can act faster to create a product, exploit sales opportunities or reduce costs.

Another major game changer is cloud. In the past, the level of investment and commitment involved in extracting this kind of intelligence would have been prohibitive to all but the largest players.

However, Cloud enables manufacturers of all sizes to access powerful computing power and capabilities, on demand. Smaller manufacturers can now have access to the same sort of technologies as their bigger competitors. This means they can rapidly grow their businesses without growing their headcount and cost base.

With every business decision encompassing technology, whether it is opening a new plant in China, managing a global supply chain, or introducing a new service for customers, we cannot afford to wait.

And if British manufacturers can seize the opportunity now, they stand to see current levels of growth accelerate, and firmly cement the UK’s position on the global stage.