UK manufacturing: In for a penny

Posted on 9 Jul 2015 by The Manufacturer

The next Spending Review will have critical implications for manufacturing and business support. In general terms, business believes in balancing the books and has been telling the British Government to follow its example.

Unless firms want to pay more tax that means the nation’s 4.8% of GDP deficit is going to need to be eliminated by spending cuts. What does that mean for the bits of Government spending business cares about?

The current Department for Business (BIS) budget is, in the Whitehall jargon, both large and unprotected. The latter means that it is not one of the politically high-profile budgets like schools, foreign aid, and the National Health Service, which have been guaranteed an exemption from spending reductions.

If total spending falls in line with the Government’s previously-published plans, making space for those privileged public services implies, on EEF’s arithmetic, an average cut of 18% for all other departments by 2018-19.

Working out just what this means for BIS is far from straightforward, as – putting prudence ahead of transparency – Government departments didn’t publish detailed spending plans for the current year before the election. 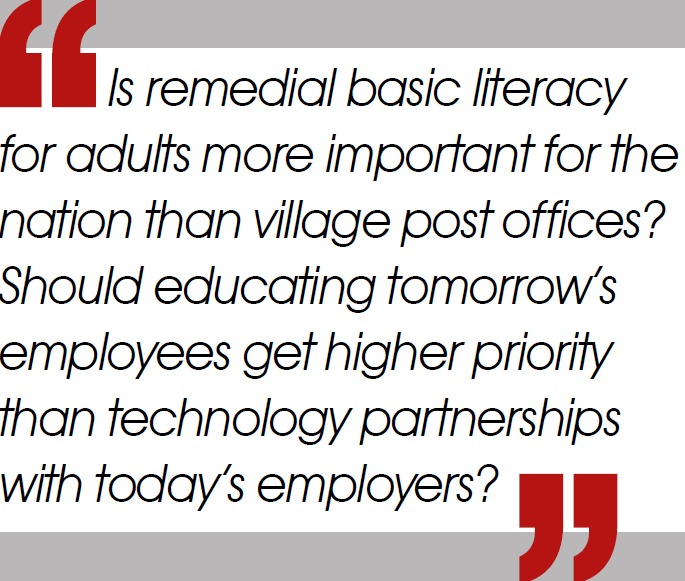 The total planned current spend by BIS in 2015-16 is some £12bn, about four-fifths of which if student loans and grants are included is keeping universities and FE colleges in business.

Spending on industry is, in cash terms, actually quite modest. An 18% cut on that total is worth more than £2bn, but given Government is committed to protecting the science budget, with luck, that shrinks the cut to just over £1bn on the remaining non-science £7bn.

That protection is good news for scientists, but makes the scope for hard choices even narrower. Is remedial basic literacy for adults more important for the nation than village post offices? Should educating tomorrow’s employees get higher priority than technology partnerships with today’s employers?

Tot up all the things business has said are vital, and there simply isn’t room for all of them within the budget BIS is likely to be left with.

Prioritisation is therefore important. But it should take place within a bigger picture and the first prioritisation to make is at a higher level, between Government departments rather than within them.

Across-the-board percentage cuts at the same flat rate for every department might feel fair because they deliver equal pain to Ministers and their officials. Their impact, however, on the country can be much less than sensible or fair.

Pretty much all the business department’s spending is on things that will improve the future productivity and competitiveness of the nation, either by building the skills of the workforce or by developing new technologies and processes.

Elsewhere in Whitehall, budgets provide for public services – services which only a prosperous nation can afford. Like a business, Government needs to recognise that investment is a precondition of future earning power: failing to put money into developing a more productive economy will limit our future ability to buy ourselves social care, public libraries and other amenities.

Both economically and chronologically, investment in future productivity growth has to come first.