British carmakers and automotive suppliers are investing more in electrification and alternative powertrains than their European rivals, according to a new report by a custom prototype specialist.

The Innovation Race – published by Telford-based ProtoLabs – surveyed some 300 automotive firms across Europe and found that the UK is leading the pack in pioneering new methods in fuel efficiency, with nearly half of British firms exploring manufacturing possibilities in electric and hybrid vehicles.

BMW, Daimler, Jaguar Land Rover, Magneti Marelli, Volkswagen and Williams F1 were among those interviewed by Protolabs, providing “one of the most comprehensive overviews of the sector”.

International pressure from climate activists has further induced carmakers to curb their CO2 emissions and Protolabs vice president and managing director, Bjoern Klaas, said it is “reassuring to see the automotive industry is meeting the challenge head-on”.

Protolabs among the greats in UK manufacturing! 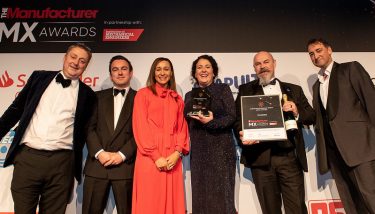 Protolabs was honoured at The Manufacturer MX Awards 2019 on November 14, taking home the award for Achieving Customer Value on the night.

More than 700 industry leaders were present for the awards ceremony and gala dinner at the Exhibition Centre Liverpool during Digital Manufacturing Week – the culmination of an intense four-month judging period.

Protolabs found that almost half (46%) of UK firms it spoke to had taken steps to develop electric and hybrid alternatives, outstripping their nearest European rivals Germany, who polled at just over a third (34%).

The UK was also shown to be beating the competition in advancing research in fuel economy and developing autonomous parts and vehicles, with 34% of firms taking action in those areas.

Protolabs said the results highlight “the strides that industry is taking to combat climate change” and showed the direction of travel after the sector collectively committed to slash CO2 emissions to 95g/km by 2020/21, by 15% in 2025 and by 37.5% in 2030.

The acceleration in electrification and powertrain solutions will be “a key competitive advantage for UK firms”, who Protolabs say are “increasingly worried about a changing competitor landscape”.

More than half of carmakers expect a ‘revolutionary vehicle’ to disrupt the market in the near future, according to Protolabs, with many forecasting competition coming from outside the industry from big tech corporations like Google and starts-ups like Aurora and Zoox.

Nearly 70% of European firms believe that East Asia poses the biggest threat in terms of business losses, and more than half feared stiff competition from North America.

UK firms, however, said their biggest concern was that other rivals would be better placed to snap up customers through innovations in 3D manufacturing processes and their readiness to adopt advanced technologies – and around a third seemed ambivalent about ‘low-cost manufacturing’ processes, saying that the production of cheaper vehicles by competitors was also a major anxiety.

“We are living in a period of unprecedented change, but with change comes opportunity and if the UK continues to seize the electrification and new powertrain agenda then it could become one of the world leaders in this technology,” said Klaas.

“As always, speed to market is essential and making sure carmakers, suppliers and engineering consultancies have access to services that can deliver prototypes and low to medium parts quickly will be increasingly important,” he added.

Klass said industry and academia relating to the automotive sector both recognised the importance of collaborating on new technologies, but that the switch to EVs would not come overnight and that further investment in alternatives such as hybrid vehicles, hydrogen and clean combustion must occur in the meantime.

“As well as environmental legislation, there has definitely been a change in consumer attitudes towards motoring and there appears to be a growing desire to find ways of achieving greener travel. Our report highlighted this point, with 56% of respondents believing more people would be sharing cars rather than buying them by 2022,” Klaas concluded.