Posted on 6 Jan 2023 by James Devonshire

The UK has reclaimed its position as the second largest automotive market in Europe (behind Germany) following a fifth consecutive month of growth, preliminary industry figures revealed on Thursday show.

According to the Society of Motor Manufacturers and Traders (SMMT), the UK new car market grew by 18.3% in December to reach 128,462 new registrations. Electric vehicles (EVs) in particular performed strongly, outselling even petrol models to secure their largest ever monthly market share of 32.9%. Furthermore, EVs also had their best year ever, comprising 16.6% of registrations. This reality saw them surpass diesel cars for the first time to become the second most popular powertrain after petrol. 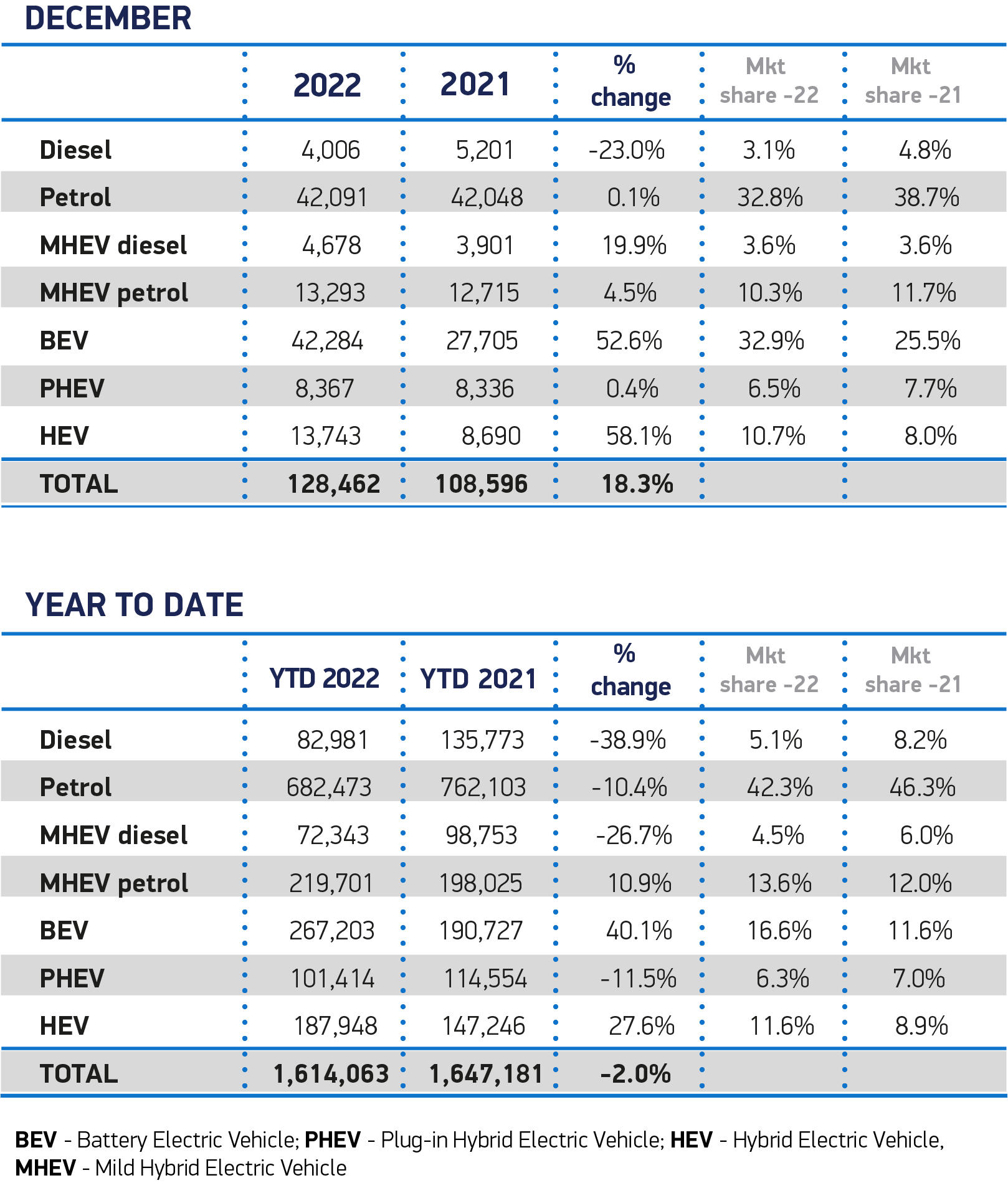 However, despite the gains seen in the second half of 2022, the market overall finished the year lower than it did in pandemic-afflicted 2021. Ongoing global parts shortages continue to hamstring the UK automotive industry, as highlighted by the fact there were around 700,000 fewer vehicles sold last year than pre-Covid.

In terms of most popular EV models in 2022, Tesla secured both first and second place, with its Model Y and Model 3 selling 35,551 and 19,071 units respectively. The Kia e-niro, Volkswagen ID.3 and Nissan Leaf rounded out the top five. 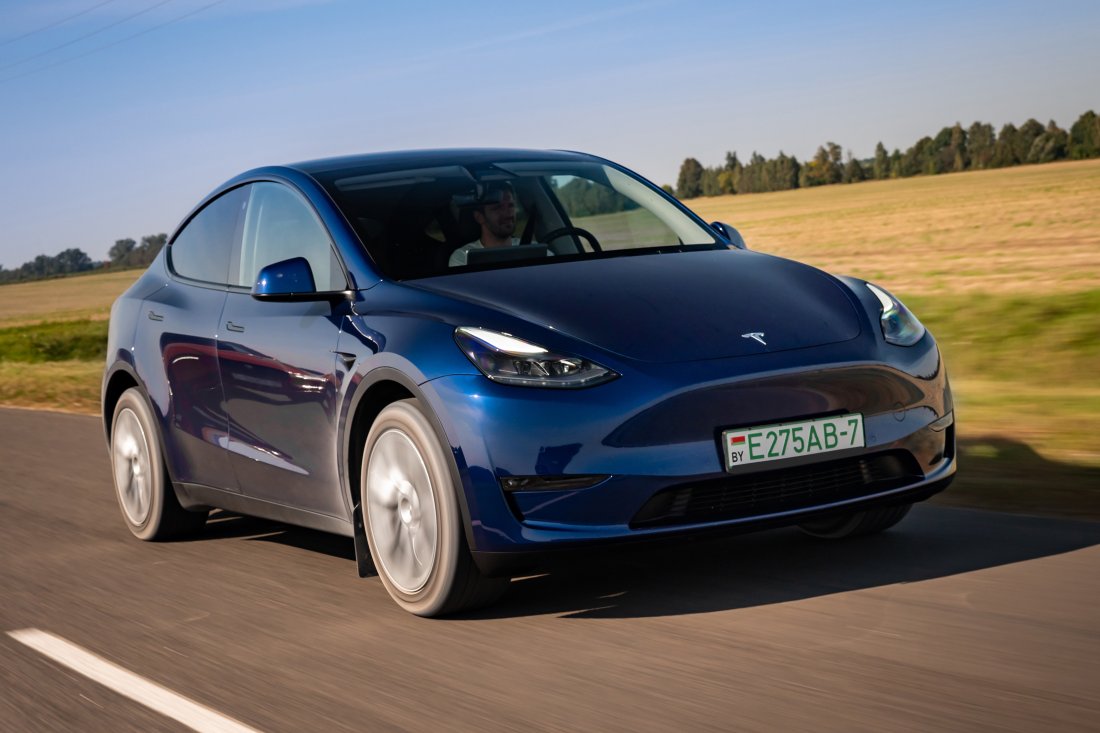 The Tesla Model Y sold 35,551 units in 2022, making it the UK’s most popular EV. Image courtesy of Shutterstock.

Speaking about the latest figures, SMMT Chief Executive, Mike Hawes, said: “The automotive market remains adrift of its pre-pandemic performance but could well buck wider economic trends by delivering significant growth in 2023. To secure that growth – which is increasingly zero emission growth – government must help all drivers go electric and compel others to invest more rapidly in nationwide charging infrastructure. Manufacturers’ innovation and commitment have helped EVs become the second most popular car type. However, for a nation aiming for electric mobility leadership, that must be matched with policies and investment that remove consumer uncertainty over switching, not least over where drivers can charge their vehicles.”

The road to Net Zero

Ahead of the UK’s 2030 ban on the sale of new pure petrol and diesel cars and vans, automotive manufacturers will be required to produce a certain amount of zero-emission vehicles from 2024. The aim of the mandate is to ensure both manufacturers and consumers are better prepared ahead of the 2030 deadline. However, if the UK is to be in a position to fully facilitate the switch to EVs, accelerated investment in charging infrastructure is needed. Indeed, according to the government’s own EV Infrastructure Strategy, “the pace of rollout [of chargepoints] across the country is too slow for some chargepoint types, particularly public on-street charging.”