UK textiles: a tapestry of industry

Posted on 29 Oct 2016 by Victoria Fitzgerald

Victoria Fitzgerald lays out the facts on the textiles industry.

“We don’t make anything anymore.” I’ve heard this statement on numerous occasions throughout my career at The Manufacturer, and every time I say it’s wrong, I’m challenged to list every item that the UK manufactures. 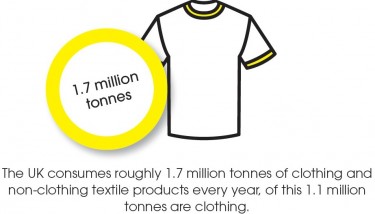 People are always amazed when I describe just how much is made in the UK, from aerospace components to chemicals and pharmaceuticals. Now, as recent figures indicate, textiles can definitely be added to that list.

The history of UK textiles in the past half a century has had its ups and downs. In 1977, more than 900,000 individuals were employed in the industry. A quarter of a century later, that number had dropped by a dramatic 85%.

It seemed the textiles sector was on its way to oblivion, but encouraging results from the past five-years point to an industry that has most definitely turned the corner, gathering pace and clout in the manufacturing landscape.

Shop ‘til you drop

The British consumer has an insatiable appetite for buying textiles. The spending environment has become a haven for shoppers. This is a result of the comparatively low cost of clothing; more product choice; internet shopping; as well as wage and employment growth within in the wider economy. 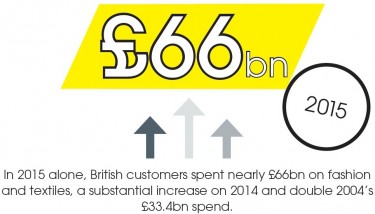 Textile manufacturers to the fore

According to the HM Government Inter-Departmental Business Register, 2014 and 2015 witnessed a sharp increase in textiles and apparel businesses. There are now 7,860 enterprises, representing the third successive annual rise in registered textile and apparel manufacturing companies up and down the UK.

And the reason for this is not just fervent consumer demand. Retailers are realising that speed-to-market is key to keeping on-trend and maintaining a loyal customer base.

In a recent interview with BBC Leicester, Mick Cheema, managing director of Basic Premier, which manufacturers garments for Tesco, New Look, Asda and River Island, said, “Over the past couple of years there has been a resurgence in the industry and it is because of speed-to-market. 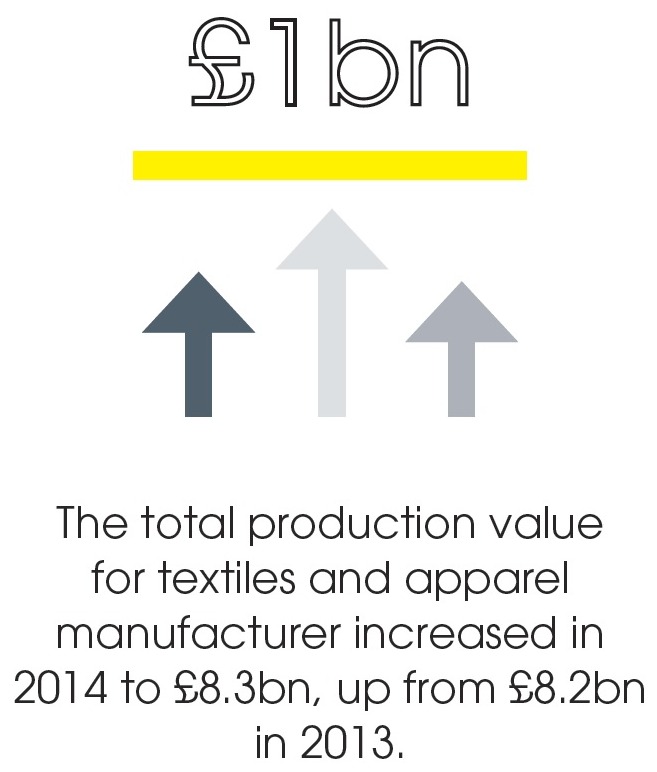 “If you are getting goods in from Bangladesh or China, it could take months. If you make it in the UK, you could see something on a catwalk and have it produced in two to three weeks.”

As the consumer increasingly demands speed and flexibility, textile manufacturers are beginning to favour supply chains that they have greater control and visibility over. In addition, emerging economies, where production costs were historically low, are now hiking their prices, so outsourcing overseas is no longer the smartest option.

But perhaps most importantly, consumers both at home and abroad, desire the ‘Made in Britain’ marque, a brand that has become synonymous with style and quality.

Textile and apparel manufacturers have both seen falls in productivity compared to manufacturing in general, with apparel manufacturers performing marginally better than those in textiles, despite losing 5% of their production value since 2012. However, as 2015 continued, performance looked a lot more certain for both. 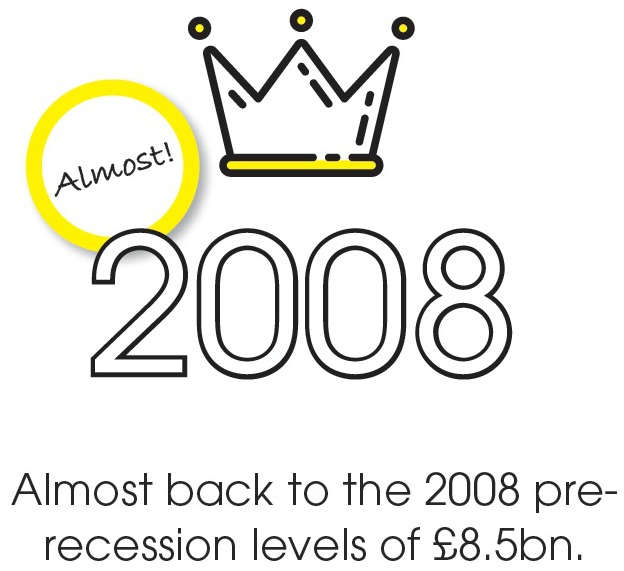 Exporting the ‘Made in Britain’ marque

Although the rate of growth slowed a little in 2015, overall, UK textiles and apparel exports have flourished in the past five years, enjoying an acceleration of growth at the beginning of 2016.

But could the UK’s exit from the European Union have put the mockers on this relative resurgence? The answer is: we don’t know, and no one will for some time.

Christopher Nieper, managing director of clothing manufacturer David Nieper, has always been firmly behind Brexit and in a statement on the firm’s website called it ‘Independence Day’, as well as a catalyst for reform of UK politics.

Nieper said that the UK “has nothing to fear. At David Nieper, it’s business as usual”. He said, “The firm’s customers worldwide choose British design, British made and British quality.”

By contrast, Kate Hills of Make it British has mixed feelings. “Britain sells 50% of its exports to the EU – will these countries continue to buy British-made goods without the tariff-free trade that currently exists?” she asked. 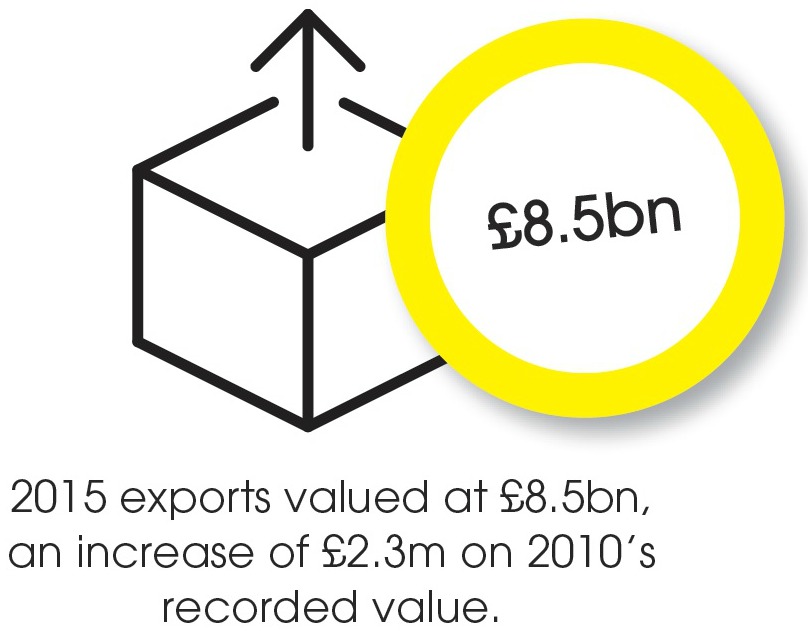 That is a question that won’t be answered until the government pushes the button on Article 50 and the ensuing negotiations play out. Hills was also concerned about finding skilled workers without importing staff from countries in Eastern Europe, as well as how a withdrawal of funding from the EU might affect research and development. But she was still able to look on the bright side.

“But what won’t be missed,” she said, “is some of the nonsensical red tape that the EU has created. We were never keen on plans to change the country of origin labelling so that British-made goods could no longer carry a ‘Made in Britain’ tag, so we can breathe a sigh of relief on that one now.”

Investment in research and development in textiles, clothing, leather and footwear manufacturers has steadily risen in the past two years. According to UKFT’s report, 2014 recorded £22m worth of investment, more than double 2009’s £10m. This demonstrates how innovation in both materials and processes is a significant driver for textiles, clothing, leather and footwear manufacturing. 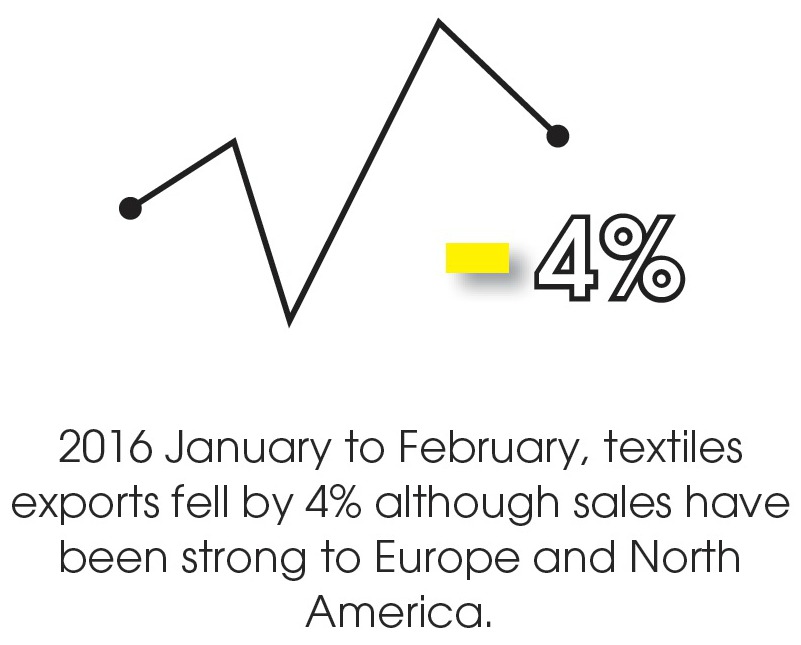 With steady progression over the past five years, the beginning of 2016 spelled a positive long-term outlook for UK textiles manufacturing – this is as a result of the following factors:

Although the future looks bright, the industry is not without its challenges. Brexit has thrown a plethora of uncertainties into the mix, from trade agreements to the free movement of labour, which the industry so desperately leans on.

This, with Government’s backtracking on the UK’s previously positive economic growth prospects, a slowing Eurozone and overall sluggish expansion forecasts in other major economies is all set to throw a spanner in the works of the textiles and garment industry’s progression.

As government comes together to forge a comprehensive industrial strategy, we can only hope that it recognises the potential in the sector and formulates a plan to encourage inward investment and focus on education to make the skills that the sector so urgently relies on readily available.