UK textiles & apparel manufacturing on the up

Posted on 10 Aug 2016 by Victoria Fitzgerald

A report from the UK Fashion and Textiles Association (UKFT) has revealed significant growth in the number of UK textile and apparel manufacturers in the past year. 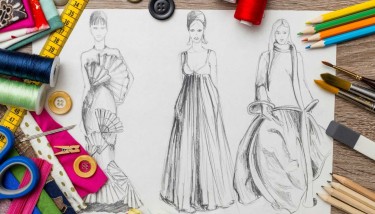 The inaugural study was compiled using figures from the Office for National Statistics and Revenue and Customs.

UKFT aims to release the report every year to provide an update on the industry.

Adam Mansell, chief executive of the UKFT said: “There has been a lot of noise about UK manufacturing in the past few years, but this is probably one of the first pieces of concrete evidence to support what we’ve been hearing. It is a significant turnaround from where we were.”

“A number of factors have been driving this increase, such as the rising cost of overseas production and the increasing need for supply control and flexibility on the part of retailers and brands, as well as greater consumer awareness of UK production and the continued export demand for UK-produced textiles and apparel,” said Mansell.

The study also revealed that the number of people employed in the sector is at its highest level since 2006.

“Much of this rise has been due to large increases in apparel manufacture workforce numbers in recent years and correlates with current sentiment, especially around increased activity concerning cut, measure and trim units.

“The number of employees in textile manufacturing has also risen in this same period, although this is reported to have fallen back slightly over the course of 2015.

“It is fantastic that UK industry has been able to maintain itself through some tough times, and it is a real testament to those companies that have invested in manufacturing here, in their staff and companies.

“There are lots of great examples, such as one London-based apparel manufacturer that likes to go under the radar, but which started five years ago with five people and now has more than 65 people.

“Or there’s the likes of Fashion Enter, which started in 2010 and now has more than 100 people in Haringey, in north London. And that’s not forgetting all the textile firms who have invested a lot in recent years, or brands that have built themselves with a DNA of British manufacturing, such as men’s lifestyle brand Shackleton,” said Mansell.

The survey revealed a varied start at the beginning of the year for the sector, but a long-term optimism as a result of retailers’ demand for greater flexibility and control over the supply chain, as well as rising overseas wages.