The UK’s first Newton Flight Academy – and only the second in the world – has been launched by the First Minister of Scotland.

The state-of-the-art facility, housed at the Glasgow Science Centre, features three full-motion flight simulators and is designed to teach students aviation-related STEM concepts, inspiring the engineers and scientists of tomorrow.

The Academy will cover themes including space, biofuels, and advanced materials and manufacturing, and will provide immersive and experiential learning programmes that will enable S2 and S3 pupils across Scotland to engage in real-world challenges while working alongside industry professionals.

Glasgow’s Newton Flight Academy was developed in partnership with FIRST Scandinavia, made possible through an investment from Boeing, and supported by University of Strathclyde and Mathworks. It is one of only two Newton Flight Academies worldwide, with the other based in Norway. 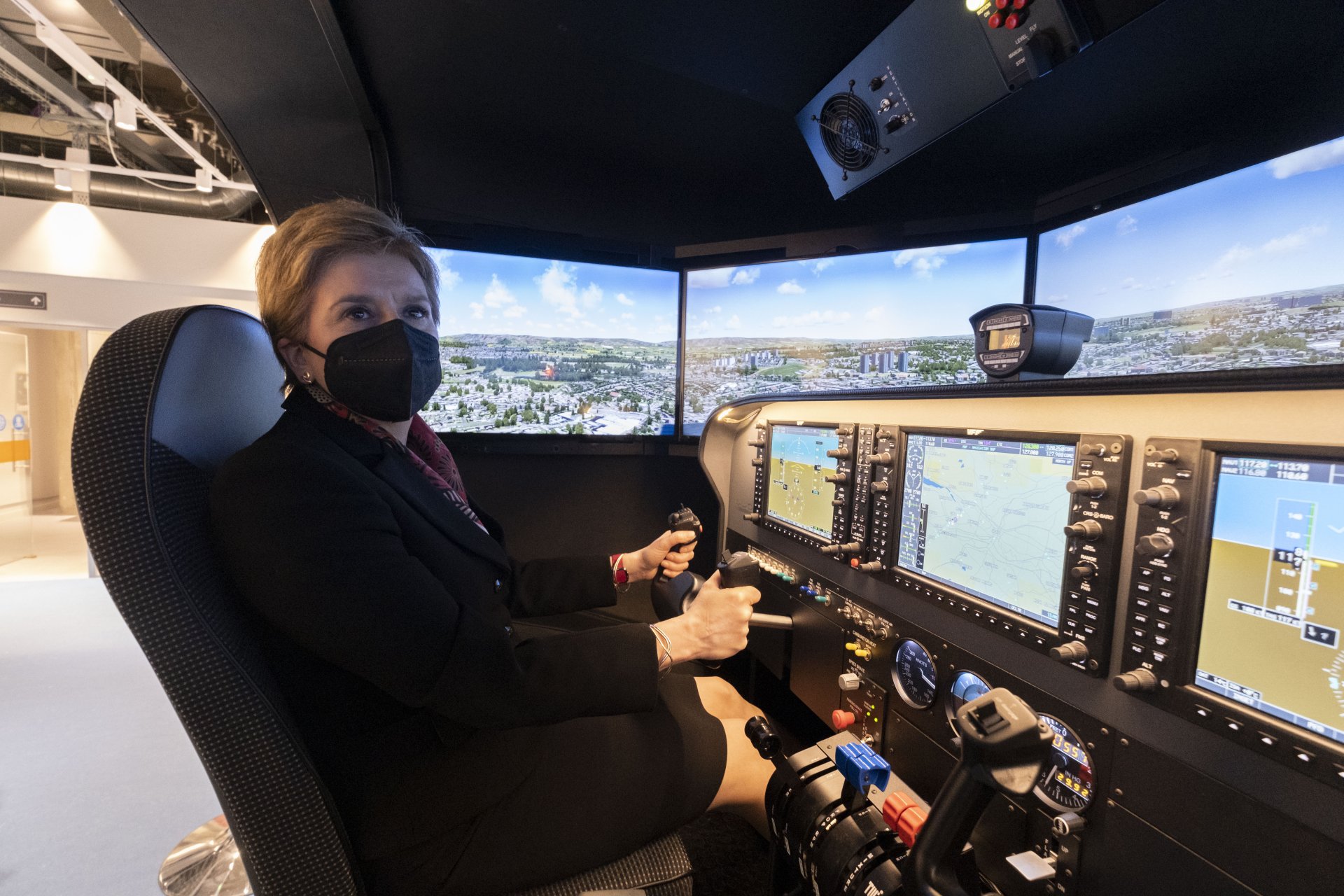 Opening the Newton Flight Academy yesterday, First Minister, Nicola Sturgeon, said: “Less than six months ago, the world came together in Glasgow to re-affirm the pledge to limit global warming to 1.5 degrees.

“Decarbonising air travel is essential to keeping that commitment alive, and I have no doubt the future engineers and scientists inspired through this Academy will have an important role in addressing that challenge.

“It’s a credit to the work of the Glasgow Science Centre, Scotland’s expertise in aerospace and aviation manufacturing, and our world-leading institutions that this site was selected as the UK’s first Newton Flight Academy, and I am delighted to be here to help launch it today.”

Stephen Breslin, chief executive of Glasgow Science Centre, said: “Through the Newton Flight Academy, we hope to ignite a passion for science and technology, bringing young people together with industry and academia to create meaningful engagements that encourage them to explore their ambitions. We are thrilled to open the doors of the new state-of-the-art facility, and welcome our workforce of the future as they make their promise to our planet.

“It is difficult to imagine where we would be without science and technology and as we look to the future, those applications will be instrumental in solving the biggest challenges of our time. It is vital that collaboration is at the heart of our efforts and the Newton Flight Academy will instil an innovation pipeline in Scotland’s sustainable aviation efforts.

“We look forward to working with our future scientists, engineers, technicians and mathematics, as we, together with our partners, innovate and help engineer solutions.”