Last week, the first Chief of Space Operations for the United States, General John W. “Jay” Raymond, toured the facilities of Skyrora as US interest grows in the British rocket company.

The landmark visit will bolster the key space relationship between the UK and US ahead of Skyrora’s plans to be the first UK company to complete a vertical launch from home soil in 2023.

As a four-star general and the most senior military leader in charge of the US Space Force, General Raymond serves as a military advisor to the US Secretary of Defence, National Security Council, and President. The position of Chief of Space Operations was created in December 2019, with General Raymond announced as the inaugural postholder.

General Raymond’s visit took place shortly after Skyrora’s successful second stage static fire test of its orbital launch vehicle, Skyrora XL. The test was one of the key momentum-building milestones discussed during the visit as Skyrora continues its journey to establish sovereign launch capabilities for the UK. While on site, General Raymond was able to witness the UK’s launch industry capabilities first hand. 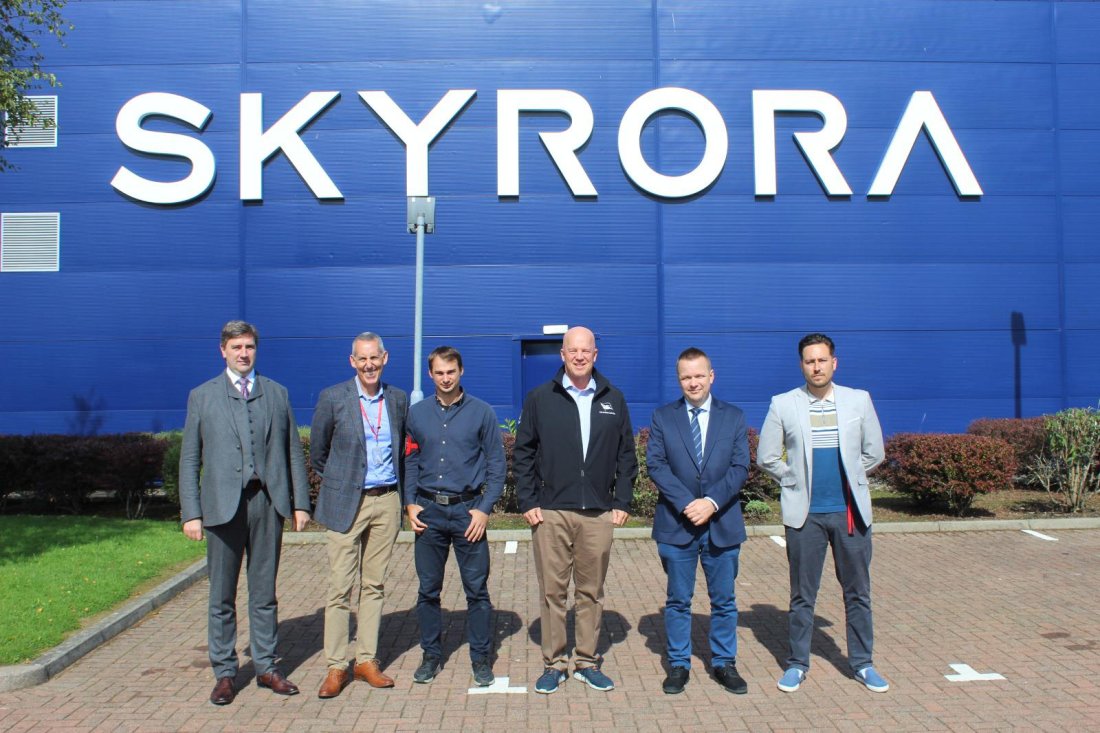 General John Raymond, US Space Force Chief of Space Operations General, said: “Now, more than ever, international cooperation in space is critically important. And the proliferation of commercial space efforts helps all spacefaring nations by driving costs down. I appreciate the fantastic tour of the Skyrora facilities and the opportunity to spend time with the impressive team there.”

The UK Government’s recently released Defence Space Strategy identifies launch as a core capability within the Government’s vision to position the domestic defence sector as a global actor in the space domain. Britain has historically relied on the US’s extensive launch heritage to provide assured launch capabilities to the nation’s defence sector.

With the recent announcement from the Civil Aviation Authority (CAA) that Launch Collision Avoidance Analysis (LCOLA) will be carried out by the US Space Force’s 18th Space Defense Squadron, General Raymond’s visit also encourages contiguity between UK space players and the US to prioritise safe launch activity.

General Raymond visited Skyrora’s new rocket facility in Cumbernauld, the largest of its kind in the UK, where three launch vehicles are currently in production. Housing the largest hybrid 3D printer in Europe, Skyprint 2, the facility enables Skyrora to undertake more of the manufacturing of its rocket parts in the UK.

Lee Rosen, Chief Operations Officer at Skyrora, said: “General Raymond’s visit on behalf of the US Space Force has been a valuable opportunity to provide insight into Skyrora’s rapid, responsive technical capabilities – such as our mobile launch complex and third stage technology, which can contribute to several key space applications, including in-orbit spacecraft servicing and space domain awareness. These, combined with Skyrora’s sustainably-minded focus, will enable key defence activities within space for the benefit of all.”

Volodymyr Levykin, CEO at Skyrora, said: “This visit comes at a pivotal time as we come to learn the importance of sovereign launch from the first commercial space war in Ukraine. Skyrora looks forward to working with the UK Government to further this alliance and achieve greater levels of investment and support for the UK space sector as we continue our laser focus of being the first UK company to conduct a vertical launch to orbit from British soil.”