What do manufacturers make of the Liverpool City Region freeport?

UK manufacturers buffeted by the winds of Covid-19 and Brexit might be forgiven for grabbing at any promising spar of opportunity floating past. The Liverpool City Region (LCR) freeport proposal, however, might really help manufacturers swim against the current.

Local manufacturers, such as industrial automation electronics maker Brainboxes, are excited about the possibilities. Luke Walsh, Managing Director of the Liverpool International Business Park-based SME, says freeports will smooth the flow of goods in and out of the UK. “Our ability to ensure supplies at the moment has been crazy. We find nothing is available.”

Although full details won’t emerge until the first freeport is set up in 2022, fending off the negative hits from supply chain chaos, rising costs and skills shortages against a global backdrop of trade turbulence can surely be mitigated by anything that eases trade, reducing costs either directly or indirectly through fostering efficiencies and collaboration across supply chains.

Walsh confirms that international supply constraints have made life increasingly difficult for manufacturers. Meanwhile, Brexit so far has simply increased paperwork and complexity while increasing unpredictability. “For accounts we had daily updates, and now we’re weekly and bi-weekly,” Walsh says.

“Shipping to Germany may take longer than shipping to America. Each country has a set of rules which varies a little, and when things go wrong it can be hard to track down why.” Freeports can partly address those issues, by enabling freer trade – reducing costs – within the designated zones. This will encourage companies to set up in the region and benefit from cross-pollination of ideas and increased collaboration opportunities, he says.

The Liverpool region has a long proud heritage of manufacturing, going right back to the Industrial Revolution that made Britain a leader among its peers. And Liverpool today hosts an array of high-tech firms with advanced manufacturing capabilities, from aerospace to automotive and pharma.

“The freeport’s proximity will enhance connections that you might not previously have made,” says Walsh. Brainboxes, for example, has already been collaborating on solutions for specific challenges locally, creating an integrated robotics system and production-line projects.

Manufacturers could also team up on component sourcing and solving business issues such as wage inflation, he says, as well as targeting export growth. Brainboxes already exports about 60 per cent of what it makes, including to the USA, China, Australia and elsewhere. Flagship products include the BB-400, a smart, versatile edge-network gateway for IoT applications across multiple industries. It has been used on UK trains to measure vibration – helping trains not only run smoother but faster, avoiding fines for delays.

Walsh’s enthusiasm is echoed by Anthony Walker, Strategic Manager – LCR 4.0 at Liverpool John Moores University (LJMU). Walker says the freeport offers hope for global trade and investment, with Liverpool “very well positioned” to become a hotbed of innovation. “It will contribute to that rebalancing of UK freight and logistics,” Walker says, adding that LJMU’s LCR project is working to help companies of all sizes and stages of development adopt digital tech, benefiting from research and innovation.

“We’re finding an appetite for manufacturing and advanced technology companies to kick off operations in Liverpool and not outgrow the city – which has happened in the past when a company has got a little bit too big,” Walker says. 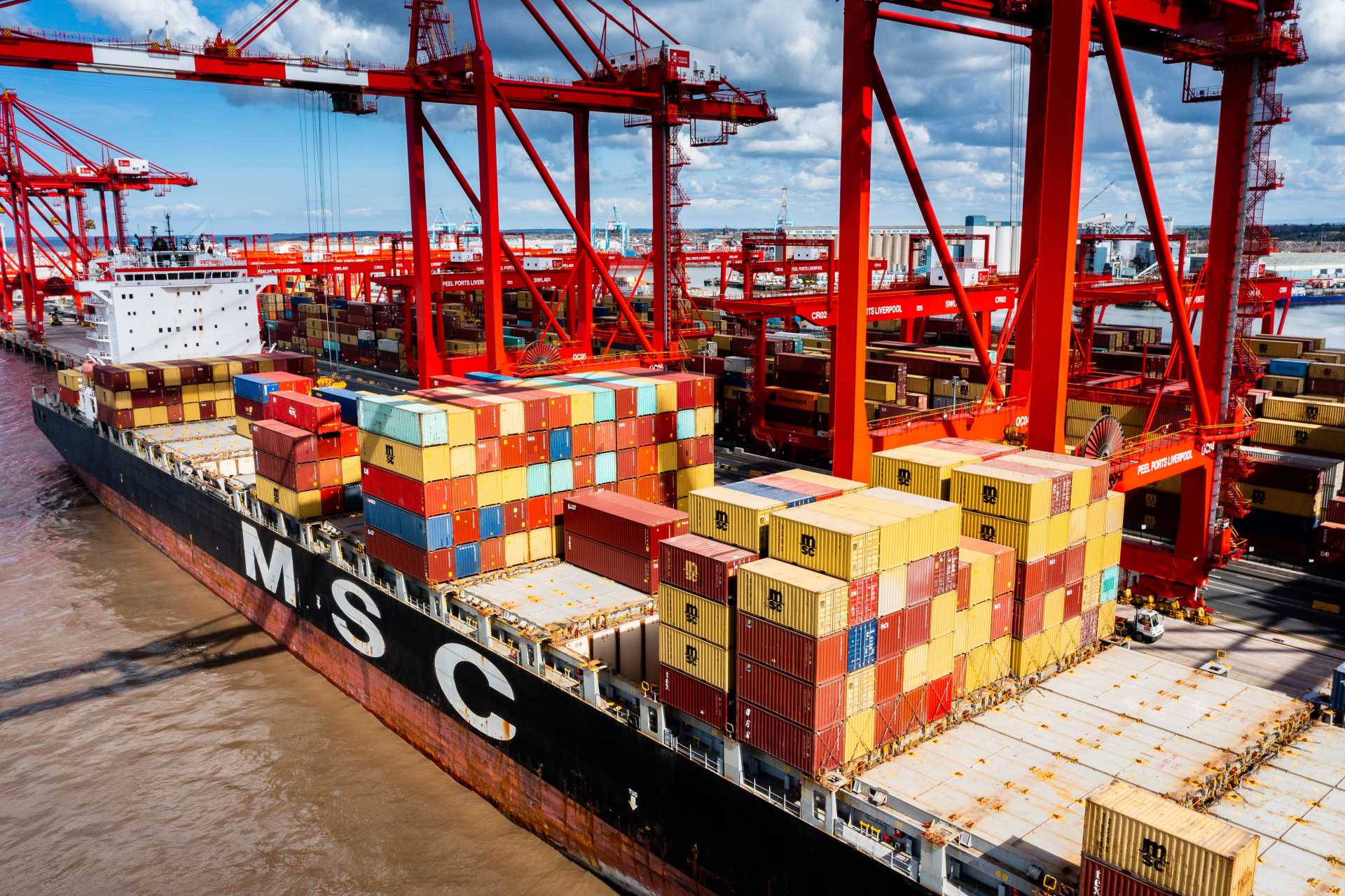 About 60 per cent of container demand in the UK is near Liverpool, and growth in port facilities should allow the city to take its rightful place as a central location for larger containers, he suggests.

“I think the city is going to revitalise fully with the freeport status,” Walker says. “I see Liverpool as actually becoming a centre of excellence or smart city for digital innovation.” LJMU offers manufacturers the chance to benefit from multiple innovation initiatives – with university collaborations for SMEs as well as large organisations “only a phone call away” and for minimal or no cost, notes Walker.

“We can work with them closely; we have 300 academics working on relevant technologies,” Walker says. “We can start small – then Industry 4.0 comes together.” So far, LJMU with government funding has been supporting assorted digitisation projects for benefiting from data as well as improved supply chains and logistics – the sorts of initiatives that could make a big difference to UK manufacturing in the years ahead.

Focus areas might include security, risk analysis and management, virtual or online digital platforms for digital twinning, modelling or simulations. “There’s about £25m of investment [from] government into [our] Innovation Support projects, with a normal return on investment on the economy of about 10 to one,” says Walker. “So, with freeport status, initiatives like with the two universities, rising manufacturing business in Liverpool, and digital technologies cutting across supply chains, this is an exciting time.”

Another company within the proposed freeport zone is smart factory tech specialist Datahone. Chief executive Cliff Brereton suggests the tariff-free status of the zone, including elements of customs and tax relief, should work to lower or at least streamline costs across manufacturing. “What’s not to like?” Brereton says.

The freeport will encourage inward investment and probably ease some pain points in the supply chain – for example by speeding up the application of technology advances to reduce inefficiencies, he explains. Manufacturing still contributed £359bn to GDP in 2020 and is more important to the UK than many people assume, Brereton notes.

Datahone’s horse in this race is helping manufacturers boost productivity and connect processes or operations via automation and analytics using internet-connected sensors, devices and software – deploying Internet of Things (IoT)-based ‘smart factory’ applications. “UK productivity is about the second worst in the G7. And that makes us uncompetitive when we price things up,” Brereton explains. “There are many factors, but an ‘analysis cloud’ with machine learning or AI, using all sorts of statistical models, can give us a kind of situational awareness on how fast machines are running, how much downtime there is, and so on, in near-real time. Then managers can do something about it.”

Can freeports level up the playing field?

“We’re out at St Helens,” Wells says. “Steel is bulky, costing a lot to move, so our potential for exports is really only to the EU. That’s fallen from 20-21 per cent of our business to 13-14 per cent.” HTSS handles up to 5,000 tonnes of strip-mill product each month for the automotive, construction, domestic appliance, and energy sectors. Demand is rising alongside increased requests for “a more digital approach” to steel processing, laser-cut materials and flat sheet metal; the manufacturer has expansion underway – including in Dorset.

“I doubt there’ll be any freeport facilities in Bridport. And we’d never be able to move the people when we have a highly skilled workforce locally,” Wells says. What UK businesses – like manufacturers – really need from government is more consistency, enabling businesspeople to make plans and fulfil them, he points out.

“It’s really about having that continuity about government policy. It’s never stood still for a minute,” says Wells. “And you’re probably talking a few years before you see any real benefits out of freeports as well.” Richard Austin, Head of Manufacturing at BDO, notes that 65 per cent of manufacturers in a BDO survey said they would invest more in the UK if there were incentives. A freeport could indeed attract investors to Liverpool – especially if they’re outside the 23 countries otherwise eligible for duty exemption via free-trade agreements.

“With the right investment conditions, there is a huge potential for manufacturing to support a green economic recovery through new technology and digital transformation,” Austin says. “Enterprise zones can deliver clustering effects valuably linked to government priorities – the number and scale of these should be significantly increased.” Government could also empower growth funds to target regional manufacturing strengths, such as Midlands automotive, Wales aerospace or North-East chemicals manufacturers – driving investment alongside a “balanced tax policy” to help level up, Austin says. 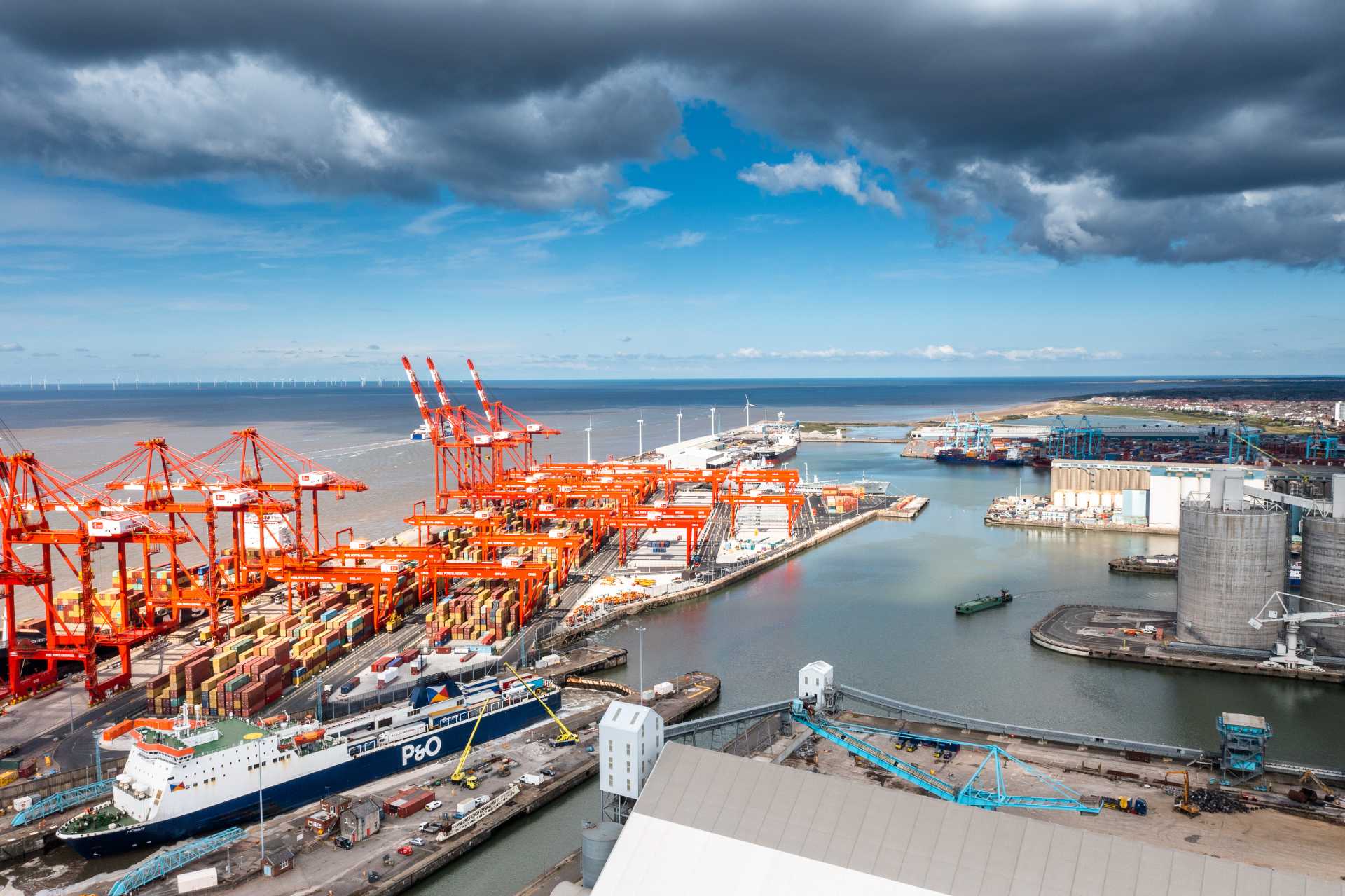 What next for UK freeports?

Stephen Carr, Commercial Director at combined LCR authority partner Peel Ports Group, tells The Manufacturer that freeports will be a key enabler for supply chains of the future, accelerating investment in an area with a long-standing industrial heritage. “This will incentivise others,” Carr says. “And suppliers to those manufacturers will multiply the effect of new businesses established in the area.”

Freeports haven’t always been successful, but Peel Ports believes that streamlining logistics and shaving a few hours off transport time through regional hubs can boost competitiveness. Also, Carr notes that each country applies the free principles in question in different ways. “Peel Ports will seek to ensure regulatory standards in areas such as employment, environment and product quality are not diminished – as can be the case in other parts of the world,” he says.

The authority’s full-fledged business proposal must be submitted for an end-of-year government assessment, after which it can begin setup of the freeport – which actually falls under the remit of the Department for Levelling Up, Housing and Communities (DLUHC).

Government will provide some seed funding, certain tax incentives and remove regulatory barriers, says Carr. “Once the final go ahead is given, the priority will be to attract private sector investors. So, our primary objective in 2022 will be to utilise those incentives to secure this new investment in the City Region,” Carr says.

According to a DLUHC spokesperson, “it is expected” that the first freeport will be designated by late 2021. “Interested parties should refer to the bidding prospectus as well as HMRC’s guidance on how the freeports will operate, applying to become a freeports operator and readying a business to use a freeports customs site,” the spokesperson says.

Juliet Wallwork, Customs Duty Director at accountancy and business advisors BDO, says freeport-based manufacturers will enjoy tariff-free and simplified imports for both materials and components: finished goods can then be re-exported from the same site. Goods may still be liable for duties on entry to wherever they are sent, however – this depends on the country concerned and UK trade agreements.

“A big barrier for many is the cost of moving to a freeport,” Wallwork confirms. “But businesses are also set to claim Stamp Duty Land Tax (SDLT) relief on land purchases within the sites, enhanced capital allowances (ECA) for new plant and machinery, enhanced structures and buildings allowance (SBA) for constructing or renovating, and up to 100 per cent relief from business rates.” Employers in freeports may also pay 0 per cent employer NIC on the salaries of any new employee working at their site, Wallwork says. According to the UK government, “full business rates relief” in England will apply for five years and be offered to all new businesses, and certain existing businesses where they expand, until 30 September 2026.