Women in manufacturing: A common-sense way of closing the skills gap

Addressing the distinct lack of women in manufacturing is not only the right thing to do, it is a common-sense way of closing the skills gap. Companies that fail to take advantage of all available talent are damaging themselves.

And yet, despite some well-publicised success stories, mainly about young women engineers doing well in larger companies, manufacturing is undeniably male-dominated.

Sarrawat Rehman has first-hand knowledge of the obstacles that discourage women from entering a career in engineering, and hold them back once they get there.

What makes an exceptional engineer? I ask myself that when the subject of women in my profession is raised. I’m writing from the perspective of a female who was actively encouraged to embark on a career in engineering by a male role model – my father.

From an early age, I enjoyed taking things apart to understand how they worked, then improving on their design, not always successfully, but I was quick to learn where I went wrong.

It was in high school when I first realised there was a gender bias in technology. It was a Year 7 CDT lesson.

We had been tasked with creating a circuit board from a diagram. I carefully soldered the tiny components in the correct arrangement, but when I presented it to Mr Robinson, a proud fellow of the Institute of Mechanical Engineers, he looked rather perturbed.

He did his level best to pull it apart and then threw it across the classroom, saying, “I can’t accept that from a girl; engineering is not a girl’s subject!”

I was confused. Maybe it was a strange attempt at humour, but his words and actions left a lasting impression on that 11-year-old girl. I wasn’t deterred, however. I went on to study engineering at both undergraduate and doctoral level.

I became a chartered engineer through the Institute of Mechanical Engineers for recognition of my competency (thank you to Mr Robinson for constantly mentioning how important this made him!)

I have worked in both academia and industry in my chosen field of medical engineering. I now manage an all-male team of engineers, while working directly alongside two male peers to develop and commercialise innovative medical technologies with just over £5.5m of grant funding from Innovate UK and the European Commission – which I was instrumental in securing over a five-year period.

Maybe I was fortunate to have benefitted from participating in initiatives to engage women in STEM, such as WISE and Let’s Train Women in Science and Technology when I was an undergraduate.

They helped open doors for me and establish my independent professional network. This encouraged me to seek out mentors, and to mentor others, which has helped steer my professional development.

I have been privileged to work alongside strong female role models who have shaped my belief in empowering teams to be the best they can, to achieve shared goals where gender bias or ethnicity has not been an issue. 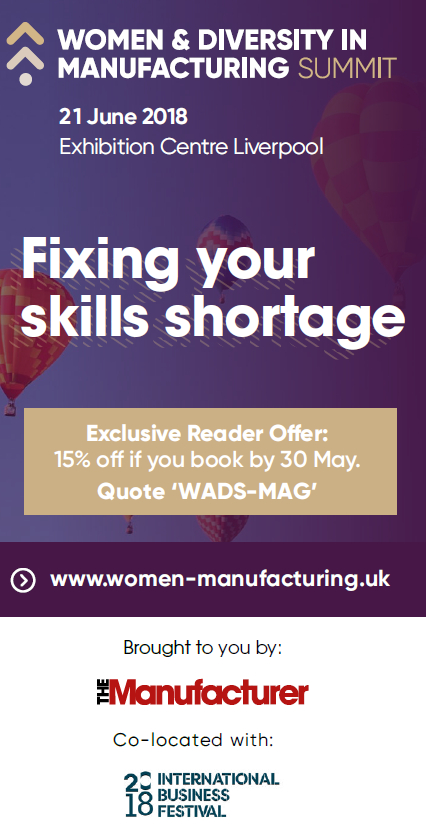 I have always been outspoken, I haven’t been afraid to ask questions and I have unintentionally challenged stereotypes. Have I missed opportunities because I have been overlooked in favour of my male counterparts? Possibly, but I don’t know when.

Perhaps, Mr Robinson’s words that ‘Engineering is not a girl’s subject’ have subconsciously driven me to work that extra bit harder to make sure I do know what I am talking about and that my opinion counts, and that I can back up decisions I make with credible facts when challenged (this happens a lot!)

I strive to be the best I can be and I am invested in my continued professional development so that my skills remain relevant in an ever-evolving sector. When faced with challenges, I have learned how to address them and turn them into an opportunity to showcase my strengths.

It has not been an easy journey to get here, even though I struggle to recall specific challenges I have faced in engineering that have been different from those faced by my male colleagues. But I have seen enough from the sideline to know they exist.

Women, particularly those without non-academic qualifications or lacking a degree in manufacturing, are overlooked for training opportunities while male colleagues with equivalent backgrounds are supported to take job-related qualifications that have resulted in their career progression.

There appears to be an unspoken understanding that there are female- and male appropriate roles, with women deemed more suited to non-technical and administrative roles. Gender-based stereotypes also extend to personality types that create an unconscious bias. For example, because men are more assertive, they are perceived to be more believable and credible than their female counterparts.

The most overwhelming challenge to combat is the perception that women are biologically predisposed to want to have children, and therefore present a hiring risk as they will most likely take maternity leave and cost the company money; that they won’t return to work because they will want to stay at home to raise children; and as they are seen as the primary caregiver, they will take unplanned time off work and will be inflexible to work demands.

This apparently makes them unserious about their career. And yet, women who do not have children are somehow deemed to be too career focused, selfish and even ruthless.

To be successful in engineering, like many other professions, requires passion, determination and technical competency. One also needs to be adept at problem solving, being part of a cross-functional/multidisciplinary team, dealing with conflict, learning the art of negotiation and most important, being able to communicate effectively.

None of these skills and talents are gender-specific, they are simply innate, or can be learned. Yet there are still so few women coming into engineering and remaining in engineering careers.

It is encouraging to see the numbers are increasing at postgraduate level. The Times Higher Education recently reported the number of women graduating in engineering and technology-related degrees in the UK has risen from 23% in 2012-13 to 25% in 2016-17.

We need these numbers to keep increasing. There is still a skills shortage in the UK and we need companies of all sizes to attract and retain women engineers. Not just because it is the right thing to do, but as recently reported during the Women in Innovation event organised by Innovate UK, companies that have a diverse, inclusive workforce perform 30% better and do better than their competitors.

I like to think that I am defined as a successful engineer, not as a woman or part of an ethnic minority. When everyone else sees women engineers as engineers, first and last, then we will be able to say we’re making progress.

Diversity is a win for every company

What should companies do to level the playing field? First, conduct a deep review of organisational culture:

What practical steps can be taken to ensure the best candidates are brought into companies, irrespective of their gender or ethnic background?

Dr Rehman is a chartered engineer with more than 15 years of combined experience in academia and industrial R&D in orthopaedics and spine.

Her primary focus is on co development of new technologies with an emphasis on advanced manufacturing techniques and regenerative medicine for musculoskeletal applications.

This role includes redefining the innovation process to bring potentially disruptive technologies to market; working with both global and multidisciplinary teams from academia and industry to drive collaborative development projects; protecting new technologies and securing competitive funding to support the growth of technology development portfolios.