Employers with lower-paid workforces (including workers near the minimum wage threshold), and those hiring in contract labour, need to be aware of two upcoming Government changes in April which raise new compliance and enforcement risks.

Firstly, the statutory minimum wage rates are increasing substantially in April, with the potential to pull new employers into the ambit of the complex regulations and HMRC enforcement action. In addition, existing minimum wage employers often assume that setting the correct minimum wage rate is enough, often overlooking how it is applied in practice and the risks of shortfall. Our experience is that accidental breaches in the way the rules are applied are increasingly resulting in significant and challenging HMRC enforcement action.

Secondly, the use of contract labour, where an individual is hired to provide personal services and invoices through an intermediary (typically their own limited company), became more challenging last year with the reform of the off-payroll, commonly known as IR35, legislation. Primarily aimed at tax collection by HMRC, the changes shifted more responsibility onto those hiring contract labour and increased their risk of tax liabilities and financial penalties.

However, during the first year of implementation, HMRC has taken a ‘light touch’ to enforcement. That is set to end from this April and we anticipate increased HMRC activity, particularly where organisations have not genuinely sought to understand and apply the reforms.

Aside from affordability concerns, the first challenge for employers is to ensure that this increase is applied to their eligible workers. Having done so, many employers will assume that setting the correct minimum wage rate is enough and that they are compliant.

However, this overlooks how the complex NLW/NMW rules are applied in practice and our experience is that many employers are, inadvertently, applying them incorrectly. HMRC’s enforcement policy makes no distinction between deliberate and accidental minimum wage breaches and, following an increase in Government resourcing for enforcement, more employers are finding themselves caught up in HMRC investigations.

The stakes are high. A failure to comply with the NLW/NMW, whatever the reason, can lead to reputational damage (via the Government’s “naming and shaming” policy); time and expense in responding to enforcement action; large financial penalties; and back-pay to affected workers for up to six years. In larger workforces, potential liabilities can run into the millions of pounds. With the growing focus on ESG factors and corporate social responsibility more generally, NLW/NMW breaches can also have negative repercussions amongst investors, the public, customers and other stakeholders.

Acting to reduce the risk of minimum wage errors

The rate is payable to most “workers” (a broader category than “employees”). Given increasingly diverse working arrangements, rising self-employment and multiple jobs, eligibility may become obscured or misunderstood and should be checked.

Mistakes are often made in the provision of: salary sacrifice arrangements; expenditure in connection with employment (for example, the purchase of workwear); flexible benefits and deductions from pay (for example, to pay for goods from the employer). For example, these arrangements may unlawfully drop pay below the NLW/NMW, despite the employee opting-in and receiving a broader benefit.

The IR35 rules are designed to ensure that individuals who provide their services via an intermediary but who work in a similar way to employees, such as some contractors, consultants and freelancers, pay broadly the same income tax and national insurance contributions as employees.

Government concerns over non-compliance with the IR35 Rules resulted in a reformed IR35 regime for the public sector in 2017 and for many organisations in the private sector in April 2021. In particular, organisations (referred to as “clients”) engaging the services of affected contractors were made responsible for deciding whether the IR35 rules apply and for deducting employment taxes, which must be paid to HMRC.

As with the minimum wage, making mistakes about IR35 can be significant. A failure to comply may result in the client being liable for the employment taxes due. In addition, IR35 penalties can reach 70% of the tax due if an error is considered to be deliberate and even careless errors can attract a 30% penalty. Once default is identified by HMRC, it is also likely in due course that employers will be “named and shamed” in a regular online report.

HMRC’s own research shows that employers have found the IR35 reforms difficult to implement and this is our experience in practice.

As a reminder, in broad terms IR35 applies when:

In summary, when IR35 applies, the client must:

It’s not too late to act

With the end of HMRC’s IR35 penalty moratorium approaching, organisations should conduct a compliance review, checking that reasonable care has been taken in status determinations and that IR35 processes are compliant. Where labour supply chains exist, the integrity of those within the supply chain should be checked, as well as contractual liabilities and indemnities.

The change is a useful reminder to review the processes, put into place a year ago to implement an approach which works commercially and from a  risk point of view and remind managers of the importance of compliance.

For example, the number of exceptions to process may have increased beyond what was originally envisaged or a one size fits all approach may have impacted the organisation’s ability to secure talent for highly competitive roles.

Similarly, with April’s hike in NLW/NMW rates, it is vitally important that employers are proactive and seek to address mistakes as soon as possible, certainly before a complaint is raised to HMRC, triggering formal investigation. A dummy audit of practices is often to be recommended. 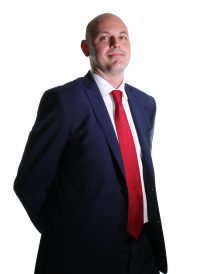 Experience includes advising: on transformational contractual change; outsourced services’ customers minimising the impact of TUPE on retender; service providers on the application of TUPE on retender; on senior departures, including defection to current suppliers, preparing to compete; on investigations into alleged misconduct by senior staff and complex, high profile whistleblowing claims.

Mark is a regular trainer and chair of conferences. He is highly responsive and pragmatic. As a client put it, “clients talk of advisers going the extra mile, Mark goes the extra marathon”. 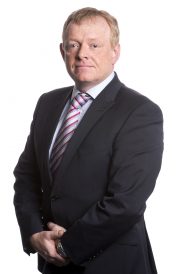 Simon is a partner in our Employment Group. He has considerable experience of employment tribunal litigation and has a reputation in the marketplace for his discrimination law expertise: Simon has been responsible for a number of high profile discrimination cases over the last 20 years and continues to build this area of his practice. In addition, Simon’s contentious workload includes unfair dismissal, whistleblowing and executive terminations.

Simon qualified in 1992, and has been an employment litigator all his career. In addition to his contentious practice, Simon also gives advice in relation to non-contentious matters such as the implications of the TUPE regulations in many different change situations, issues relating to proposals to change terms and conditions of employment and large scale redundancy exercises.

Simon is described in Chambers by sources as “outstanding” for his “in-depth knowledge and understanding of all aspects of employment law” and “his excellent adversarial skills in court.” He is a recommended lawyer in Legal 500.