The Government Printing Press of Italy has commissioned Tönnjes E.A.S.T. to build what is thought to be the world’s first fully automated car license plate facility.

A new fully automated production facility is currently being built near Turin, where around six million number plates are expected to be manufactured each year from the end of 2018.

The cutting-edge factory will reportedly embody the true nature of ‘smart manufacturing’ thanks to the complex, automated interlinking of its work processes.

A relatively small workforce will utilise a combination of machines, logistics and software in a site rumoured to be a new flagship for Tönnjes – a global producer of security licence plates and vehicle identification systems.

Managing director at Tönnjes, Holger Lang explained: “All components used in Italy hail from our range of machines for the production of license plates. For the first time, however, they will be all digitally connected with each other.”

The end result can be divided into three work modules, Holger continued. First of all, the license plates are cut to size, then robots emboss their alpha numerics. Further robots then join plate pairs, shrink-wrap and pack them.

The digitalisation of the operation permits the plant manager to be informed in real time about the current production status.

Built-in quality controls directly sort faulty plates, Holder commented: “Each number plate receives its own identification number during production. This allows the authorities to track later, when it is already on the road, when it has passed through which production step.

The IPZS advertised the job with a budget of €9m in 2016. After what was described as an “extensive application and regular talks on site”, both parties signed the contracts in October 2017.

Are you looking to install or update an ERP, BI, CRM, FSM or SCM system?

The Manufacturer Connect ensures your business can assess and purchase the correct IT system in a cost effective and time efficient way.

Now in its ninth year, this one-day event has already helped hundreds of manufacturers find the right IT system for their next stage of growth.

Free to attend for all project leaders, The Manufacturer Connect offers unrivalled insight and in-depth knowledge on what the latest IT technology and innovations could do for your business, saving you months of costly and laborious research with the unique Connect event formula. 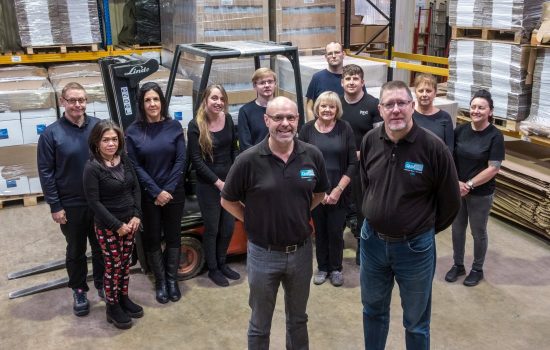