The 121-employee business has won a £2.5m contract off the back of a £275,000 investment upgrading its machinery, creating four new jobs in the process.

The investment made was supported by Leeds City Council and the Leeds City Region Enterprise Partnership (LEP) Growth Service. An additional grant of £27,500 was awarded through the LEP’s Business Growth Programme.

According to Weidmann Whiteley, the manufacturer’s heavy-duty paper presses have been adapted by adding new steam processes, high pressure rollers and drying cylinders to speed up production, increase capacity and produce a more uniform end product.

The new presses are also able to produce other specialist goods, such as abrasives used in the automotive industry.

Weidmann Whiteley managing director, John Briggs said: “The North America contract is great news for the business and we’re on target for £18m turnover this year. Longer term we’re aiming to develop sales in the high value and higher margin abrasives market, particularly in Germany, where there is strong demand from automotive manufacturers.”

Leader of Leeds City Council and chairperson of the LEP’s investment panel, Councillor Judith Blake, said: “I’m delighted we have been able to help support this investment and secure the company’s future in here Leeds. In these uncertain times for the UK and for the economy it’s vital that we help companies invest in developing new markets and new products, particularly for export, and in developing the skills of future generations.”

Paper has been manufactured at the site in Pool-in-Wharfedale, near Leeds, for more than 200 years. Pool Paper Mills, as it was then known, was acquired by the Whiteley family in 1919 and became part of the Weidmann International Corporation (Wicor Holding AG) in 1981.

The paper mill is part of to Swiss-owned Wicor group. It says it is one of only a handful of paper mills in the UK which can produce specialised paperboard for insulation in high power electrical transformers. 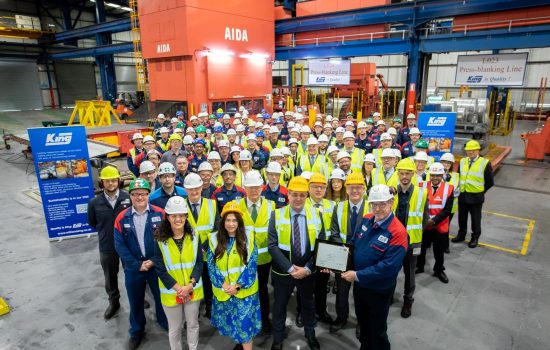