Posted on 1 Mar 2022 by The Manufacturer

The UK’s only air-dried fruit crisp manufacturer is celebrating a record year in style after diversification plans landed a major deal with a leading Italian restaurant chain.

Nim’s Fruit Crisps, which received a Queen’s Award for Innovation in 2020, has won the contract to supply its tomato salad toppings for use at Zizzi’s 140-strong estate of venues across the UK and Ireland.

More than 5 tonnes of fresh tomatoes are being produced every week at its bespoke facility in Sittingbourne, with the initial success of the deal resulting in another order for air-dried orange infusions destined for the expansive cocktail menu.

This is the largest restaurant deal ever secured by Nim’s and tops off a year that has seen it bounce back from the pandemic to post an 85% increase in sales. 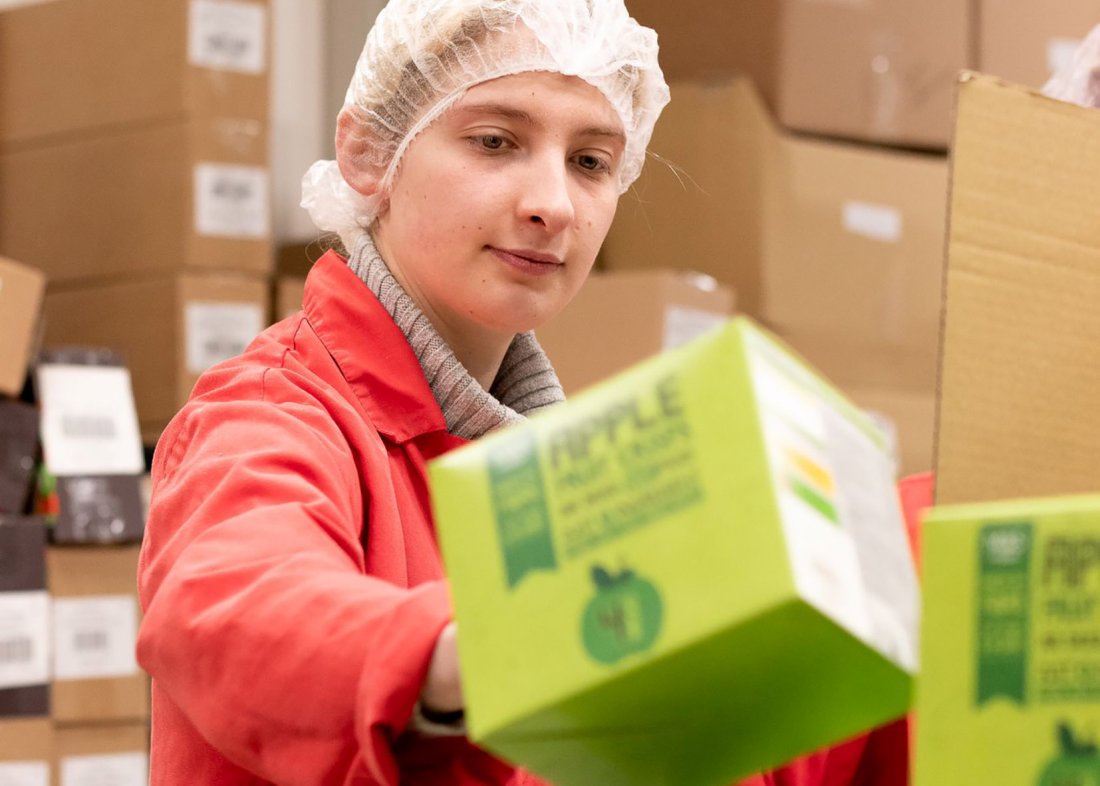 “Our toppings and garnishes are proving a really popular alternative to the traditional fruit and vegetables used by cafes, pubs and restaurants, not least because they are a more cost-effective alternative to dehydrating in house,” explained Nimisha, who recently became a Trustee for the East Malling Trust.

“The Zizzi contract was a big breakthrough moment for us. We’re already supplying a lot of independents and subscription services, but this was the first time we were able to work with a big chain and get a deal over the line.

“This included trialling twelve different types of tomato until we found exactly the right one that would compliment their salads perfectly. Feedback from the New Product Development team was brilliant and quickly led to a second order to supply our orange infusions for use in some of their cocktails.”

She continued: “Being air-dried offers so many benefits for restaurants, including a longer shelf life than our counterparts, a great taste and aesthetically they look fantastic. We supply in 2kg bags so very easy for the individual venues to store and use depending on demand.”

Nim’s Fruit Crisps has become one of the food sector’s most exciting disruptor brands, tapping into the growing demand for an alternative to unhealthy snacks, ingredients and garnishes.

2021 was a rollercoaster year for the firm, with its crisps sales stalling due to ‘food on the move’ still being hit by the pandemic and several significant challenges caused by workers isolating and the export/import implications of Brexit.

Despite these hurdles, Nimisha and her team pivoted to launch a new ingredients range and expanded its list of infusions and edible teas – two decisions that have helped it boost sales significantly.

“After such a tough year, it’s great to have finished it with record sales and a 25-strong workforce that have gone above and beyond,” added Nimisha.

“We can’t stand still, however. Instead, we’ve already identified the next big phase of investment with a second drying and packing line about to be commissioned in the third quarter of 2022. This will more than double our capacity and give us the platform for the next stage of our growth.”