Should aerospace focus on China and its plane making plans?

While all of our attention has been diverted to the Boeing Max disasters, should we focus on China, the country that has started making its own planes and is soon to become the world's largest aviation market?

As Boeing deals with the aftermath of its 737 crashes, China continues to develop its own planes, seeking to open up the aerospace market and rival dominant players Airbus and Boeing.

This year has seen the US aerospace giant in peril; the two fatal Max 8 accidents killed 346 people in five months. The first, a Lion Air flight (610) in October; the second an Ethiopian Air flight (302) in March. Currently, the model is grounded across the world.

Boeing has cited a “chain of events” as the reason behind the disasters and said that it is, “making progress on the 737 Max software update that will prevent accidents like these from ever happening again.”

The Chinese planes are being made by Commercial Aircraft Corporation of China (Comac) and so far, it has built two types of jets, the ARJ21 and the C919, and it’s working on a third with Russia. Only the 90-seat, ARJ21 jet is in service. Seating up to 168 people, the C919 is China’s first large passenger jet and is designed to compete with the Boeing 737 Max and the Airbus A320neo.

However, at present, only China’s aviation regulator has certified Comac jets to fly. Its aircraft can also operate in parts of Asia, Africa and South America that recognise the Chinese certification. 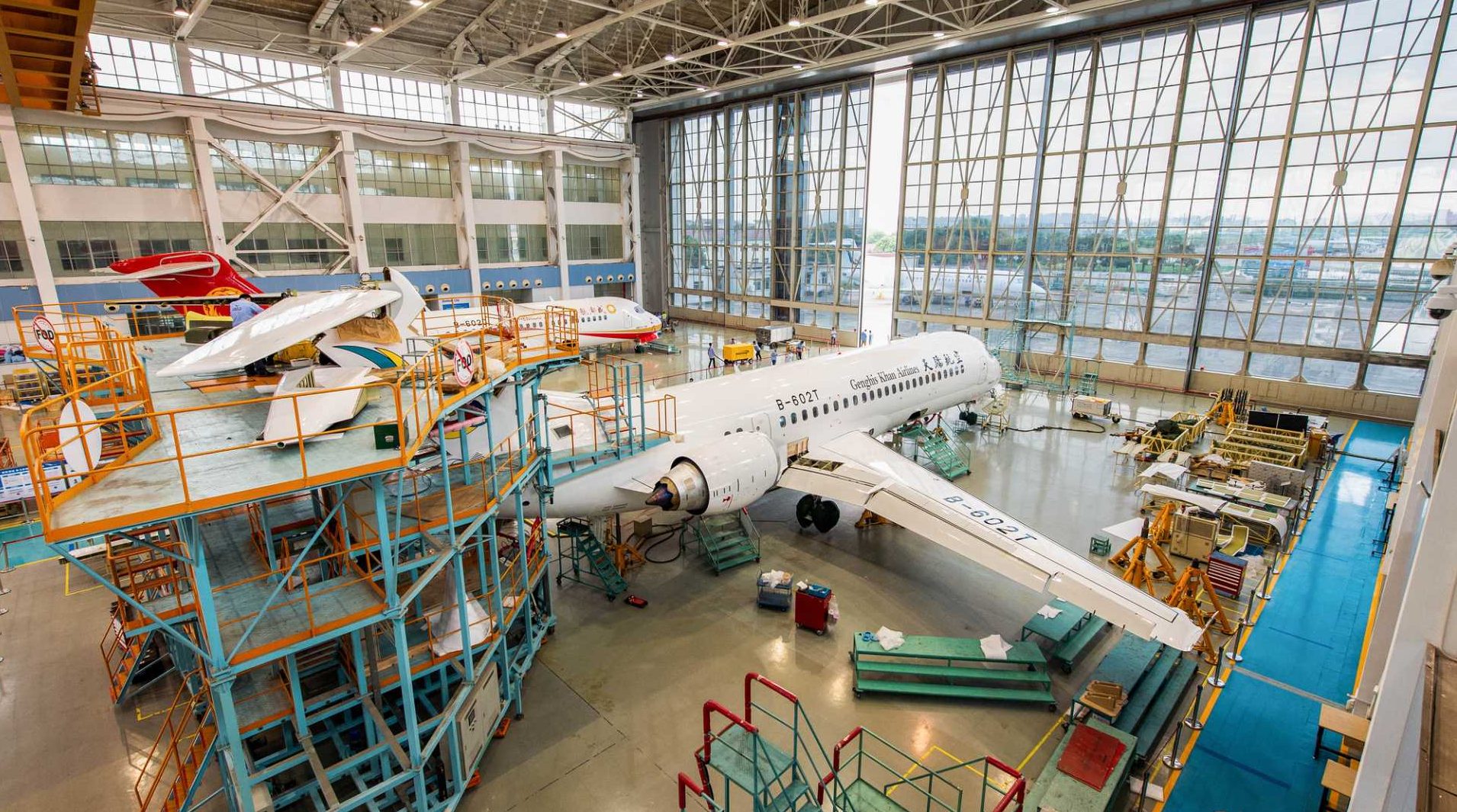 To expand beyond those markets the planes will need approval from the US Federal Aviation Administration (FAA) and the European Aviation Safety Agency (EASA).

But, even if it is not accepted it probably doesn’t matter, as Comac will have access to a huge and growing market. By the mid-2020’s, China’s aviation market is predicted to overtake the US as the world’s largest by traffic.

According to the International Air Transport Association’s (IATA) report (2018), China will add 1 billion new passengers by 2037, taking total passengers to 1.6 billion, which compares with 1.3 billion in the US. China’s growth will only translate into high-flying financial opportunities.

Piling on the pressure

In March, Airbus secured an order from Chinese airlines for 300 jets in a deal worth billions of pounds, further putting pressure on Boeing.

An agreement to purchase 290 single-aisle A320s and 10 larger A350 XWB aircraft was signed during a visit to Paris by Chinese President Xi Jinping. The order could mean that Airbus is pulling ahead of its US rival in the fast-growing Chinese market.

Aviation is changing, what customers demand is changing. The ballooning Chinese market offers huge opportunities for Airbus and Boeing. But, Comac’s potential, although not a major threat at present to either firm, mustn’t be overlooked.

You may also enjoy reading: