Posted on 7 Jan 2020 by The Manufacturer

The UK’s largest manufacturing sector continues to demonstrate "true staying power" in the face of continued political and economic uncertainty, posting an almost 25% increase in export performance over the past two years.

High growth, job creation and exportation are among the reasons UK food and drink manufacturing is a success story in 2020, bucking the trend of decline other areas of industry are facing – according to Make UK.

The UK food and drink sector’s export performance is its most “staggering” achievement, according to the Food and Drink Sector Bulletin: 2020 Update, posting 23% growth since 2018.

It boasts yearly exports totalling £13.9bn to the EU and £9bn to the rest of the world (ROW).

The sector has also increased its representation in the gross value added (GVA) of total UK manufacturing, climbing from 13% of output in 1999 to 16% in 2019. This, while maintaining the most consistent growth trajectory of any manufacturing sector and with real political and economic challenges coming from Brexit.

The share of GVA in UK food and drink manufacturing even held strong during the Global Financial Crisis in 2008, gaining one percentage point by the end of 2009. 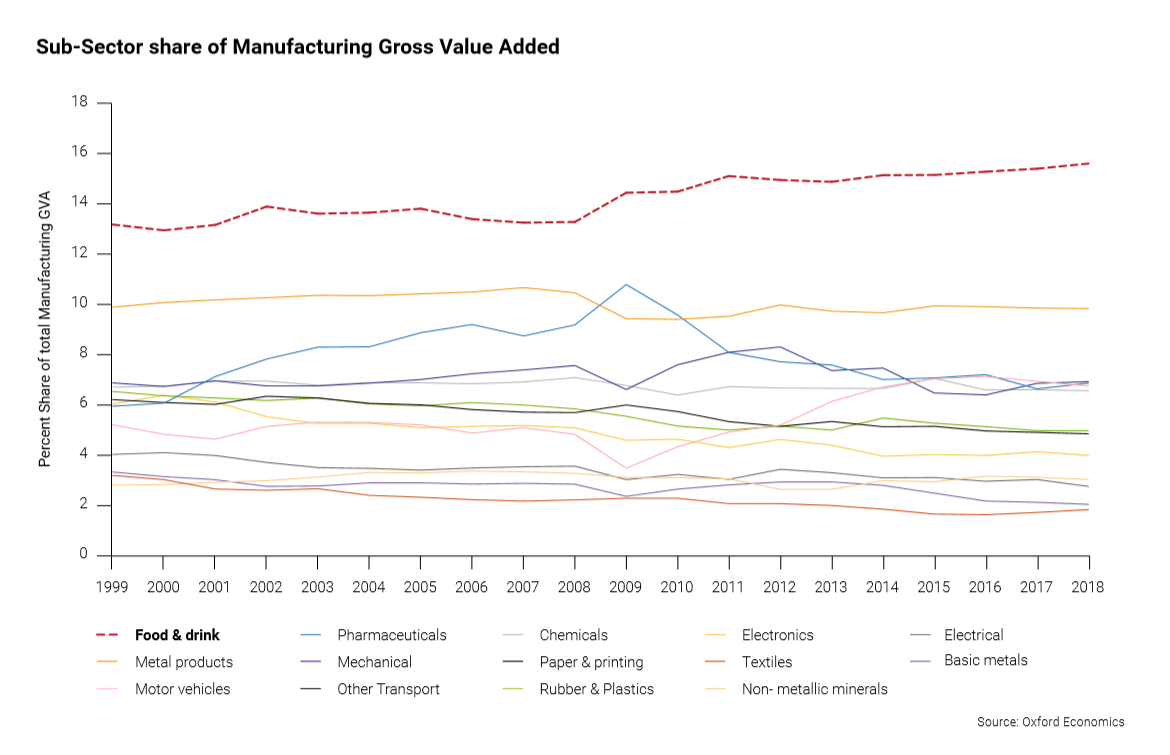 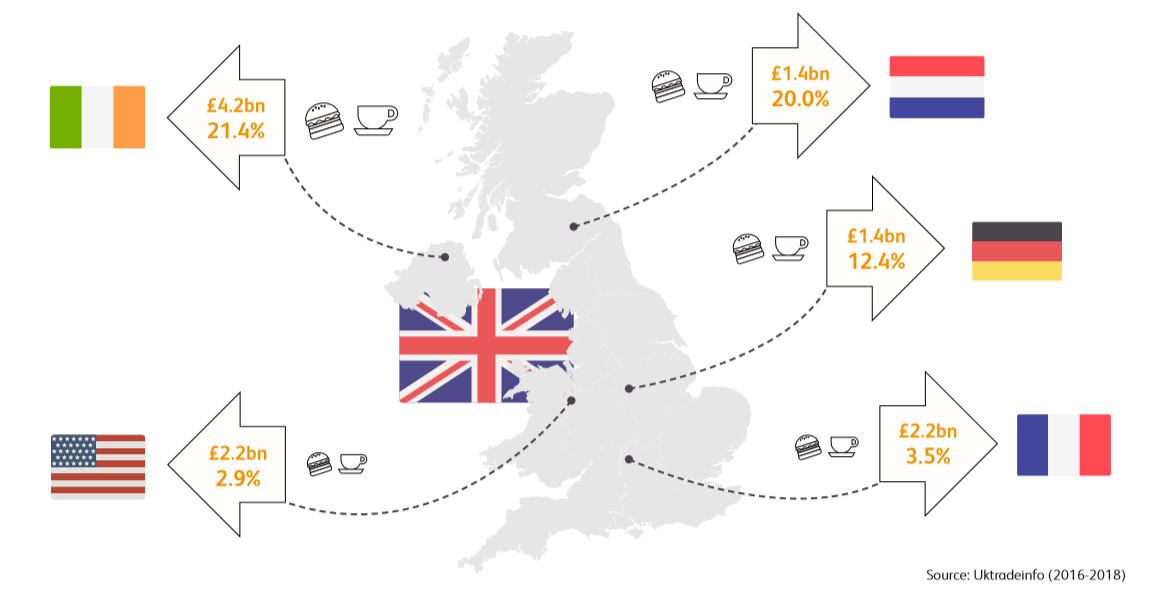 Despite some instability since the UK’s decision to leave the European Union in 2016, the continent remains the food and drink sector’s most lucrative trade partner with 61% of all exports bound there.

Trade growth for the sector, however, has been at its largest with partners in Asia and Oceania. Export growth in this part of the world has been largely strong for two decades, increasing by 295% since 1999. To North America its 260%. (UKtradeinfo)

“Fostering continued growth with these export destinations will be of utmost importance given the new international trade hurdles and opportunities faced by a United Kingdom outside of the European Union”, Make UK.

Make UK reports the UK currently imports approximately twice as much food and drink as it exports, with a total import value of £46bn compared to a total export value of £23bn in 2018.

A no-deal arrangement will “hinder” UK manufacturers from hiring EU workers, particularly where no preferential agreement towards the movement of people is agreed. Manufacturers in the agricultural food industry “think they will be unable to fill with British workers” seasonal work often taken by EU workers if access to the EU labour market is lost.

When the UK is no longer a member of the EU there is a “heightened risk” regulatory discrepancies will arise where packaging, mechanical methods, storage and other processes could be subject to change.

More than 50% of food and drink firms believe they will see increased packaging producer responsibility costs, and 37% said they expect an increase in costs relating to label changes (FDF, 2019).

“The performance of the food and drink sector has been excellent overall, bucking the trend of decline so many other manufacturing sectors are facing,” said Make UK.

“High GVA growth, new job creation and export expansion into new markets have all meant that the sector has had its best foot forward when it came to grappling with Brexit, among the other challenges that have faced it.

“Although the threat of losing access to the EU single market will weigh heavily on many of the sector’s manufacturers, strong domestic demand coupled with resilient order books leaves the sector well equipped for the road ahead,” it added.

*Unless specified, all images courtesy of Depositphotos