The Manufacturer visited First Ireland Spirits, a leading Irish Cream manufacturer in the heart of rural Ireland which aims to lead the herd, not follow it.

The Irish Cream category may have been dominated by Bailey’s since it emerged in the 1970s, but look a little closer and you’ll find a number of smaller, artisan producers have quietly been winning favour with their own dairy liquid gold, crafted in the Irish countryside.

As Ireland’s reputation as a gastronomic destination grows, could this be the artisan cream movement’s moment? And could this herald a new golden era for Irish manufacturing?

The process of manufacturing Irish cream liqueur is complex, and one that takes many years to master. “If you take a glass of milk and one of whiskey and you then try to combine them, it shouldn’t work. In theory, you are creating an alcoholic milkshake,” says John Drennan, technical manager at First Ireland Spirits.

“Irish cream is a unique product in that you are creating an emulsion. Cream liqueurs have a shelf life of two years, so the challenge is how do you maintain and guarantee the stability of the liquid over that period?” he continued, as we sipped some samples of Feeney’s Irish Cream Liqueur. 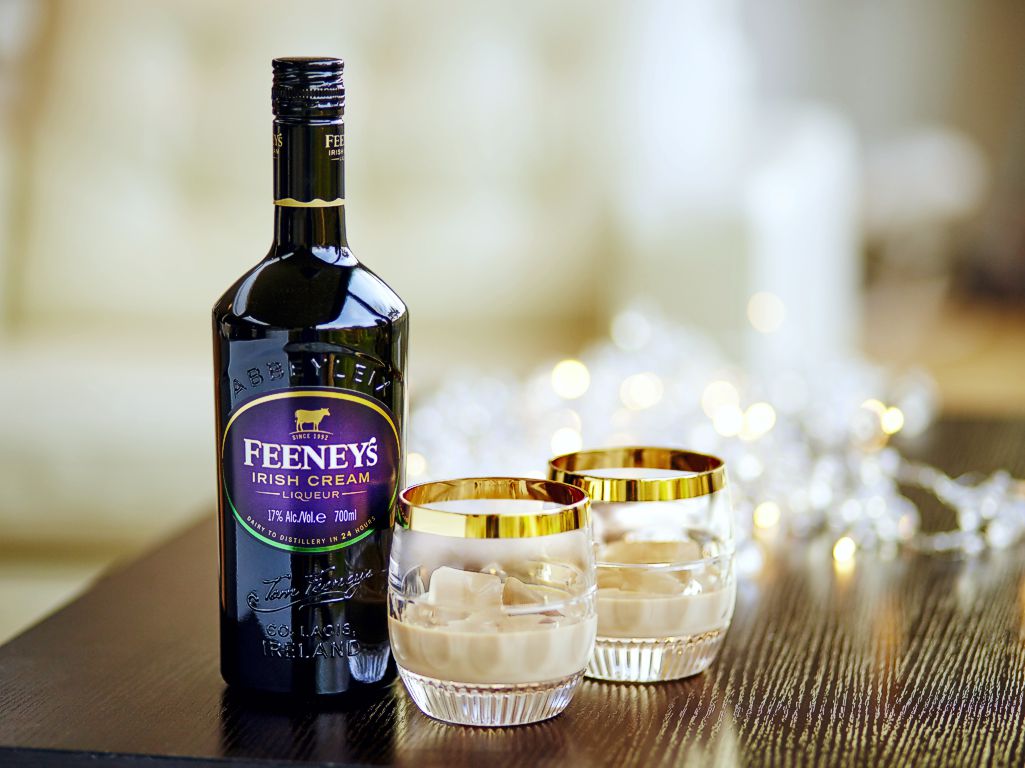 “Feeney’s has a smooth luxurious feel with a bit of heat coming through from the whiskey. The liquid quality needs to be consistent through every bottle, and that is what we accomplish here,” Drennan adds.

The distinctive liquid’s reputation is protected by a geographical indicator tag (GI). Its composition must be at least 15% alcohol, a certain proportion of which has to be Irish whiskey. Irish cream must also have a specific cream content and needs to be sourced from dairy farms across the country. Feeney’s Irish Cream is made with three-year-old barrel-matured single malt whiskey.

It was acquired by Quintessential Brands Group that year, and subsequent investment and expansion has doubled volume to 1.2 million cases in just 18 months. It exports internationally to more than 35 different markets, including the US, Canada, UK and Australia.

First Ireland Spirits’ other premium brand is O’Mara’s Country Cream, lower in alcohol (14.5%) and wine-based, to create a softer drink than its whiskey-based cousin.

The heartland of Irish dairy

Joe Claffey, plant manufacturing lead, says each step in producing premium Irish cream is crucial. “For me, having the highest quality ingredients is the most important aspect,” he says. “This enables you to develop the best liquid possible.”

Almost 6,500 cows supply the cream for the current demands of the site. This is sourced via a local co-op, which collects the cream from small family farms in the surrounding region. “Dairy is our key ingredient – its quality has the biggest impact on our product.” This supply is so key to their production that the plant’s fate is inextricably linked to that of the dairy industry. “If they suffer, then we suffer too. We are dependent on them,” Claffey adds

Single malt whiskey accounts for 10% of the alcohol in Feeney’s Irish Cream Liqueur, and for decades the company has relied on the supply from a few select distilleries across the country for their blend. In future they will provide much of that themselves. “Our new Liberties Distillery in Dublin launched in February, so that will mostly supply our needs. We will still use other suppliers, but predominantly we will use our own distilled whiskey, giving us further control over our ingredients.”

A day in the plant starts with the arrival of 20 tonnes of fresh, Irish cream. It is analysed by the team in the lab to ensure it meets specification. “Once the cream is approved, we use two tanks, one for the cream mix and one for the alcohol. The first tank has the cream base, purified water, sugar and caseinate. The second has the alcohol mix, the whiskey, any additional flavours and a small amount of purified water.

“The two mixtures are combined inline very carefully, brought to a specific temperature, and then subjected to two homogenisation processes. The homogeniser exerts high pressure on the mixture , which breaks up the cream molecules into smaller particles,” Claffey says.

Caseinate is a calcium protein that helps maintain the emulsified state of Irish cream. Drennan adds, “We need to make sure we have consistently smaller fat globules, to give the caseinate the best opportunity to stabilise the emulsion. To do that we increased the homogenisation pressure and control the temperature. It is a very precise and important operation that has been perfected over the last decade.”

Quintessential Brands Group is an international spirits business established in 2011, bringing together a portfolio of premium brands, some with heritage dating back to 1761.

Quintessential Brands Group is also the largest supplier of own-label gin, vodka and Irish cream in the UK.

To ensure the quality and consistency of the blended liqueur prior to the bottling process, the company has introduced advanced technology, including automation and data analysis to rigorously test the liquid’s alcohol by volume (ABV), particle size and cream content. Things were not always this technical at First Ireland Spirits.

“Previously, the manufacturing process was entirely manual,” Claffey says, “but in 2014 we realised that we could only achieve our target of doubling the site output by investing in technology.

“In 2015, we added load cells onto tanks to measure weight, automated valves to control the flow of liquid and a number of mass flow meters. The SCADA system measures everything, recording and logging all the batches, making the process quicker and much more consistent. On days when you are producing, for example, multiple unique batches, the likelihood of there being any error is eliminated.”

Introducing the technology was far from simple, Claffey says. “A huge amount of upfront input is needed. To have code written for every possibility, so that the operator never gets stuck, requires a massive amount of work, but then the result is a process that is much more efficient, cost-effective and pin-point accurate.”

Another significant piece of equipment that has been installed at the site is the Mastersizer 2000. This measures the particle size after the homogenisation process, a key indicator of Irish cream liqueur quality

Technical manager John Drennan adds, “We are essentially looking for a particle size that is less than one micron, tiny. If we can achieve a particle size of that amount, and then measure it too, we can guarantee the shelf life, quality and stability of the product.”

“Historically, we have predominantly been a cream liqueur plant, but as an agile company we now bottle many other products. We are always trying to position ourselves strategically to keep pace with everything that is happening,” Claffey says.

“We have built a non-cream room, as we move toward bottling a number of the other brands across the QB portfolio and for the private label manufacturing services that we offer. This can include bottling gins, gin liqueurs, rum, vodka and rum liqueurs.” 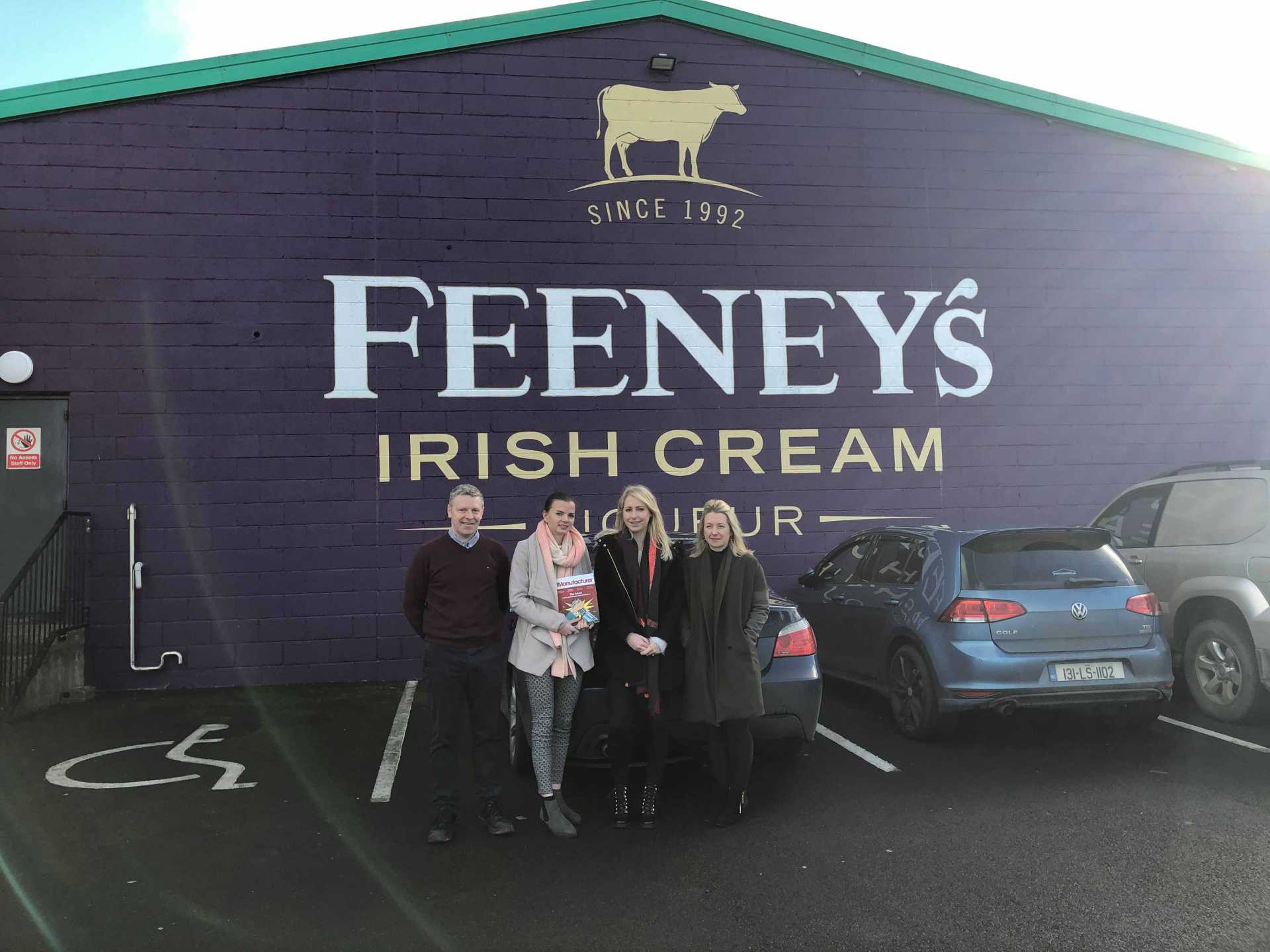 Debs O’Neill, NPI director at Quintessential Brands Group, says, “Innovation is the lifeblood of what we do. We often have over 200 live projects being developed across the QB sites. There is a much broader agenda around innovation at the business. In the last year, we have seen a rise in the amount of innovation happening here in Ireland.”

“Our average lead time at QB for a new product, a liquid or bottle say, is eight months. If you compare that to other FMCG companies, their gold standard is 15 months, and 22 months is average.”

“The Irish cream market is growing, but modestly, hence some of our latest product innovations,” O’Neill says. One of their latest projects is ‘Skinny Moo’, a much lower alcohol content and calorie cream product, something the team believes could transform how younger people consume and perceive Irish cream products.

In the year ahead, the ambitious team plans to double the size of the site in Abbeyleix, with a project to build a 3,000 sqm warehouse, with a view towards the same size expansion again in following years.