Gender and diversity: Closing the skills gap for good

81% of manufacturers experience problems recruiting new staff and yet barely 11% of engineers are women. Resolving that would make recruitment easier, reduce the skills gap and increase profitability. Maddy White reports.

The British Chambers of Commerce say four-fifths (81%) of manufacturers report that there is a critical shortage of skilled staff while a survey by WES (Women’s Engineering Society) found that only 11% of engineers in the UK are women.

Surely, the logical route to squaring this diversity gap / skills shortage circle is to employ more women and increase diversity in manufacturing and engineering roles?

Not only would this approach help solve the skills gap, it could even make businesses more profitable. According to a 2018 report by McKinsey, Delivering through Diversity, firms with a more equal gender balance were 21% more likely to outperform on profitability, and those with a greater ethnic and cultural diversity are up to 33% more profitable.

One panel held a discussion specifically about the challenges women in manufacturing and engineering careers face. From this it was evident that gender diversity within industry needs to be encouraged and improved, and the benefits of doing so are many.

Yet with women still denied roles because of stereotyping, women and girls not studying STEM subjects, and foreign engineers struggling to acquire visas due to miscommunications between government and industry, it’s no surprise that the pace of change in improving the gender and diversity gap in industry can seem glacial.

Susan Henry, director of calibration development at Cummins UK, a global engine manufacturer, speaks about her career in industry, which has seen her working at the company for over 15 years.

She says, “I love my job and there are many positives, but we still have room to grow in terms of the acceptance of women in leadership roles in our work with customers, suppliers and even, at times, within our own company. Sometimes you’ll get a promotion and not everyone is happy about that; there will always be people who think it is because you are a woman.”

One method of addressing gender and diversity disparity is having targets. Henry says, “I think that is the right thing to do because it drives accountability – but, it also feels like the wrong thing to do, because then that implies the women you’ve hired are only there because they are female. I don’t think that will help encourage more women in engineering or solve the skills gap.”

Instead, she believes the solution lies in helping more women become interested in industry. “I think getting parents and schools to encourage young women to study science and engineering is necessary, because if they don’t study those subjects then you have no chance of employing them.

“Then, once you have got their attention and they are in industry, it is all about how do you retain and develop them into senior management positions? How do you create an inclusive environment where all employees can thrive? That is what I am looking to help do at Cummins. I mentor men and women across the globe, both formally and informally. Topics range from technology to interpersonal development, as well giving advice and support to other managers.”

On a positive note, Henry does see welcome change in industry. “Over the years, I have noticed a difference – gender diversity is not seen as a women’s problem anymore, something women must fix. It is a team effort to have diversity. I think that businesses are realising that there are advantages to having a diverse workforce, whereas before they did not.”

Nishant Raj is the Global Industry 4.0 Lead at industrial dispensing and metering solutions provider, Atlas Copco IAS, and was nominated for the Young Manufacturer of the Year award at The Manufacturer MX Awards 2018.

Originally from India, Raj moved to the UK to study engineering at Coventry University, before interning at Atlas Copco and working his way toward his current position. He explains that industry and universities need to support international students further because there is talent to be tapped from abroad.

He says, “There was no guide pack available for me to follow, it was only because I kept pushing. There are more than enough motivated students who want to work in industry, and given the skills gap in the UK there should be a way to leverage the talent much better.”

Raj told The Manufacturer about miscommunications between industry and government regarding visas, and how this means many are lost to the system. “When you are a graduate, you can only get a job if the company sponsors your visa and they must have a sponsorship licence to do so – you then have just three months after graduation to get a job.

“When I spoke to an international company in an interview, they said that they expected me to get my own visa. I had to tell them that that isn’t really an option because the government requires you to have your visa sponsored by them. However, the company said you need a visa first to get a job.”

If there are not enough diverse people in a business, then problems like this might not be recognised. Raj is working with universities towards bridging the gap between international students and industry. But if he wasn’t driving this cultural change, then perhaps there wouldn’t be anyone else to do so.

“I am working with universities and trying to build a network because companies are short of people. They want to solve innovation problems, but to do this we need people with fresh perspectives and new ideas.”

At 27, Morven Burden is the youngest factory manager confectionery business pladis Global has ever had. After joining the company as a graduate at its McVitie’s factory in Carlisle in 2012, Burden relocated last year to the pladis site in Romania to manage the company’s Bucharest-based factory, where she is now leading a 250-strong team.

She also won Young Manufacturer of the Year 2018 at The Manufacturer MX Awards. Burden spoke to The Manufacturer about her journey. “When I came into the business as a team leader, I was only 21. I was young and different from the people in the factory.

“I used to be asked: ‘How does your family feel about you working in a factory?’ And ‘You are young, how do you feel as a woman working with all these men on the line?’ But over time, I think there were fewer barriers than I actually expected.”

As a business, pladis Global is diverse. The company has seven factories in the UK and three of the factory managers are women. Burden says she hasn’t had any negativity, in fact, “quite the opposite.”

Though she adds, “Sometimes people are skeptical on their first impression. I think though, because I am quite open and don’t consider those barriers as being there for me, people see that openness and react accordingly.

“Of course, there shouldn’t be preconceptions, and people shouldn’t have to wait and see your skill set to prove yourself. But I think so long as people keep an open mind, even if there is that deep down reservation, then problems can be tackled.”

Raj, Burden and Henry have some straightforward but useful tips for people in similar positions to them and who are considering working in industry, but who might have concerns.

Raj says, “My advice to international students is be persistent and take the initiative. Try to identify opportunities in industries you would like to work in. Your own initiative can go further in making an impression than marks. Try to identify relevant trends in industry and self-learn using e-learning resources that won’t be taught in university.”

Burden says, “Be yourself and appreciate the skills and people you do have with you and then work together. If you take away those barriers and show people you are willing and capable, then obstacles are removed.”

Henry says, “If you have made it [to industry], don’t leave before you are ready, even if you aren’t enjoying it or you don’t think you will be able to work and have a family. Take a chance on yourself and build a good support network.

“But also, when you see something that isn’t right, call it out. Often people don’t know they have done it, so help change it for future generations. If people look at you to take the minutes of a meeting don’t do it, don’t be afraid to say, ‘Are you asking me to do that because I am a woman?’”

She concluded: “There is a business incentive to having a diverse workforce now, and so things are improving.”

Industry has a well-documented skills gap and the logical way to solve that is to encourage a more diverse group of people into industry. There is a large pool of talent not being used and many are lost to the system, when they could have fulfilling careers in industry.

However, this does come with its challenges – confusion around visas, gender stereotyping and bias can all deter people from working in industry. Companies, employees and the government should work to overcome these obstacles: it is not only the right thing to do, it is a sensible way to solve the skills gap, fix gender disparity within firms and could even make businesses more profitable.

Industry is changing, albeit slowly. Young people like Burden and Raj are pushing industry forward, inspiring the next generation and driving cultural change, and Henry’s experiences and mentoring show that the gender and diversity gap is now seen as everyone’s problem.

Join us for the Diversity & Inclusion in Manufacturing Summit 2019! 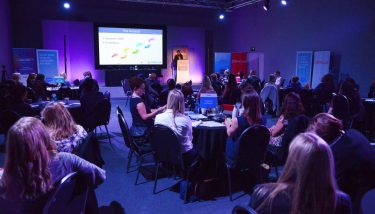 Diversity and Inclusion in Manufacturing Summit is part of Digital Manufacturing Week in Liverpool on 14 November 2019. Register now!

How to combat the skills shortage in STEM