Posted on 8 Sep 2021 by James Devonshire

Jo Bamford, son of JCB chairman Lord Bamford and heir to the multibillion-pound construction equipment firm fortune, has launched a £1bn investment fund to finance green hydrogen projects. The fund will be injected into UK businesses to help them drive hydrogen production and supply, create jobs and support the Government's Net Zero ambitions.

The green entrepreneur has teamed up with multi-family office Vedra Partners to launch the hydrogen investment fund, known as HYCAP.

Right now, the fund stands at around £200m after its first round of investment, but its aim is to raise more than £1bn in total to help the UK hydrogen sector compete with other territories. The fund’s founders say they have already identified more than 40 firms in the hydrogen space which will be evaluated for investment.

With the UK hosting COP26 in Glasgow later this year, Bamford says there is no time to wait in order to harness the appetite of sustainably focused investors.

“With the Government’s relentless pursuit of Net Zero targets and the publication of the damning IPCC report, it is our belief that hydrogen holds the key to reducing emissions – and there is a growing sense of urgency to act now”, he said.

“The UK has missed the boat on batteries, a sector dominated by China and the Far East, but we can be global leaders in the production and supply of hydrogen – an economy said to be worth $2.5tn in revenues by 2050.” 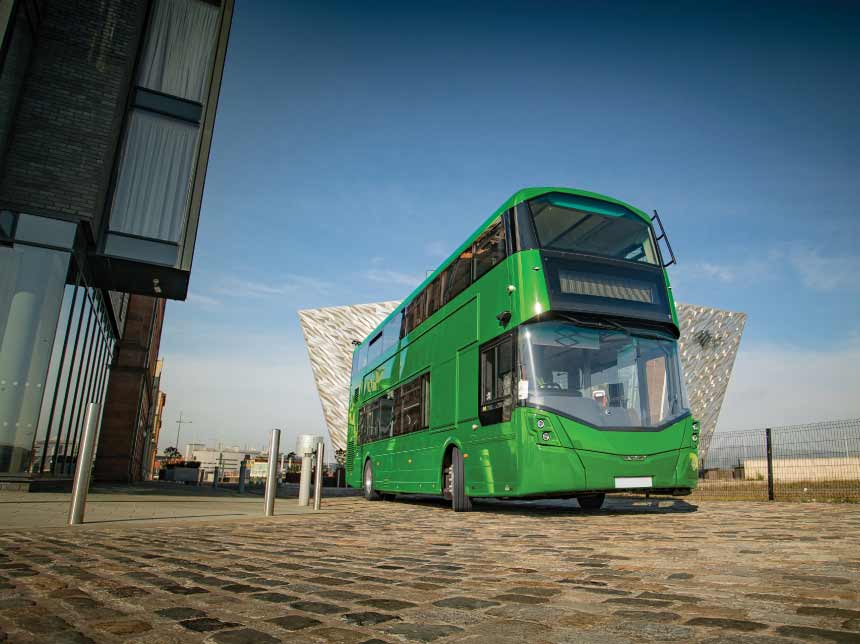 Bamford is the executive chairman of Oxford-based Ryze Hydrogen Ltd and a self-professed “clean energy enthusiast”. He stepped in to rescue Northern Irish bus manufacturer Wrightbus in 2019, saving the firm from administration by purchasing it for an undisclosed amount. Since then, Wrightbus’s fortunes have been transformed, with the hydrogen-powered bus manufacturer posting a pre-tax profit of £900k earlier this year following sales of £71.8m for the 15 months to the end of December 2020.

When fully deployed, the fund will unlock large-scale long-term job creation and aim to save up to 25% of cities’ transport budget, HYCAP said.

Vedra Partners founder Max Gottschalk added: “The fund will be investing across the entire value chain, focusing on production, manufacture and supply, in order to put the UK firmly on the map when it comes to hydrogen.”

Related reading: Are hydrogen-powered aircraft about to take off?

*All images courtesy of Wrightbus