The British company behind the cutting-edge wheels fitted to some of the world’s leading performance vehicle brands, including Ferrari, McLaren, Porsche, Lamborghini and the Jaguar F-Type, is embarking on an ambitious growth and development strategy: 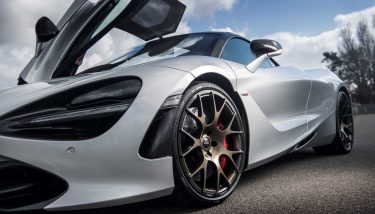 Wiltshire-headquartered Dymag Group Limited (Dymag) designs and manufactures lightweight carbon composite hybrid and full carbon wheels for cars and motorcycles, and is looking to raise an additional £5m of growth capital in the next year.

The finance injection will result in a new production line ultimately capable of delivering 50,000 carbon fibre wheels a year, allowing the functional advantages enjoyed by high performance users applied to wheels on mid-market cars and other vehicles in the passenger vehicle market.

It’s expected that the increase in capacity will reduce drive down production costs as Dymag looks to broker agreements with leading Tier 1 automotive suppliers, which specialise in wheels and structural composite components for the automotive, industrial and aerospace sectors.

Dymag’s technology has a full UK patent for its unique design, which strengthens the wheel rim using different materials constructed to deliver a complete wheel that is lighter, stronger and faster than conventional designs. 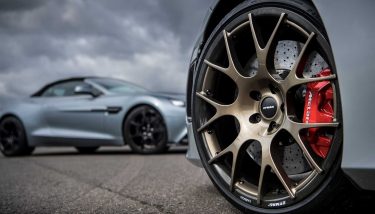 A leading sportscar OEM manufacturer suggests that a Dymag Carbon Hybrid wheel is typically at least 40% lighter than an equivalent cast aluminum wheel, offering a significant carbon footprint advantage in terms of fuel economy and, in the case of electric vehicles, in range per full charge.

Chris Shelley, CEO of Dymag, commented: “The technology is now starting to move into mainstream vehicle production having been developed and proved in advanced supercar applications.

“At present wheels are produced in relatively small run numbers of hundreds per month. We are ready to deliver on a plan to scale up production to thousands per month. The planned increased capacity will also drive prices down rapidly, bringing them towards economic viability for all passenger vehicles.”

International competition is modest but rising, Shelley concluded, noting that an Australian firm recently raised US$50m on sales expectations within this niche sector of the future automotive supply chain market.