Posted on 8 Jul 2015 by The Manufacturer

Head of Lombard, Ian Isaac explores the significance of the 2015 EEF Investment Monitor report and the implications of the steps being taken by manufacturers to secure the future.

We know that UK manufacturing has seen a revival in its own fortunes in recent years, but there are now indications that it’s setting the pace for the rest of the UK economy by providing a blueprint for ongoing growth.

At the outset it’s worth noting that at the EEF Conference in February of this year, Terry Scuoler talked about the need to build a more balanced economy, and it’s this theme that strikes a chord in the report’s findings.

The report indicates a continued focus on investing for growth but with a clear shift in emphasis. It suggests that while investment levels will continue to increase, the pace of this growth will slow, while at the same time, the breadth of investment is widening as priorities change.

It’s this shift in emphasis that will be significant in securing deep-rooted growth that can be maintained for future generations.

As alluded above, sustained recovery depends on a balanced economy, and in particular raising productivity levels.

The report indicates that the manufacturing sector recognises that if this is to happen, investment needs to widen to include skills development, research, innovation and branding. 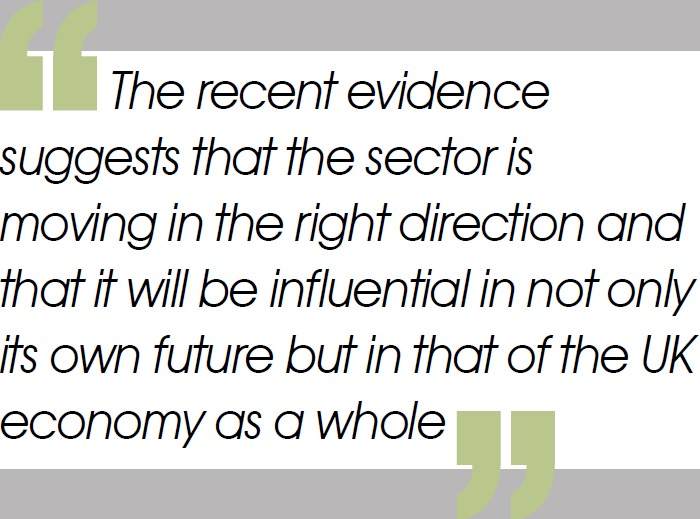 This broader investment activity will enable manufacturers to capitalise on their previous investment in plant and machinery and other equipment and to further reinforce their competitive edge.

However, it’s important to note that manufacturers will continue to invest in tangible items.

Over 95% plan to improve productivity and of these roughly 80% will continue to invest the same or more on plant and machinery in the next two years, 25% cited spending to upgrade their ICT systems and a further 21% on automation in order to establish a competitive edge and contribute to productivity growth.

These findings are supported by our own research which was carried out on behalf of Lombard by an independent research company, Research Now. In the survey – Attitudes to Business Investment – we explored the approach to investment across the whole economy.

However, a significant finding was that when asked about their investment objectives, 93% of manufacturers responded that their main motivation is increasing efficiency levels to drive productivity, while 89% are investing to improve their competitive position.

This compares with the wider economy where increasing profitability was the main reason given. 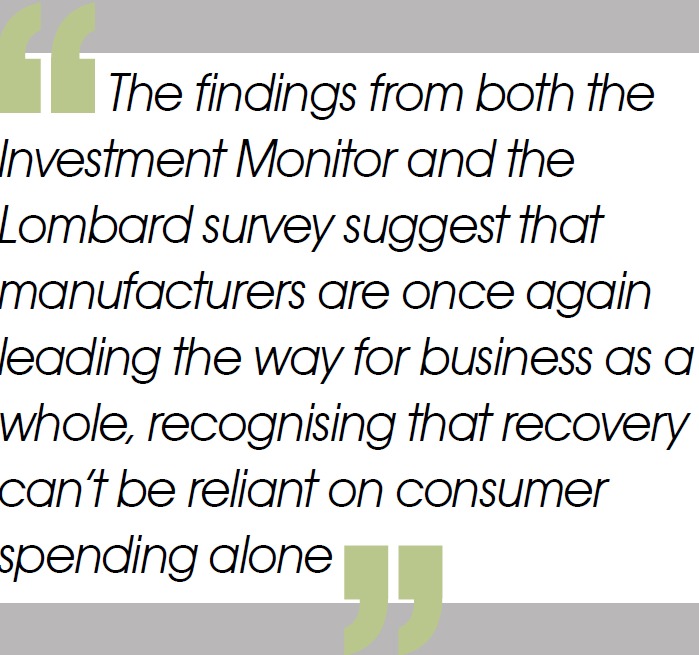 This different approach suggests that manufacturers are looking at the longer term and what is needed to establish sustained growth for the future, not simply for the here and now.

The findings from both the Investment Monitor and the Lombard survey suggest that manufacturers are once again leading the way for business as a whole, recognising that recovery can’t be reliant on consumer spending alone.

There’s also a sense that manufacturers recognise the essential role of improved productivity performance, and ultimately profitability, to ensure that the UK economy and its future is secure.

At Lombard we are committed to supporting manufacturers as they take these important steps to achieving an economic structure that will stand the test of time for future generations.

The recent evidence suggests that the sector is moving in the right direction and that it will be influential in not only its own future, but in that of the UK economy as a whole.