Inciner8 has landed a long-term contract with a major intergovernmental organisation to help combat the spread of the Ebola virus in parts of Africa.

Incineration specialists, Inciner8, have played a crucial role in keeping disease and infection at bay in refugee camps the world over – and have helped to minimise the spread of Ebola in Liberia by eradicating contaminated waste related to the humanitarian effort.

The company has now agreed to supply almost two-dozen incinerators of varying size and capacity as part of the UN’s commitment to safely rid hazardous, biomedical and municipal waste from affected parts of Darfur, Somalia and the Abyei Area, a more than 4,000 sqm expanse at the disputed border of North and South Sudan. 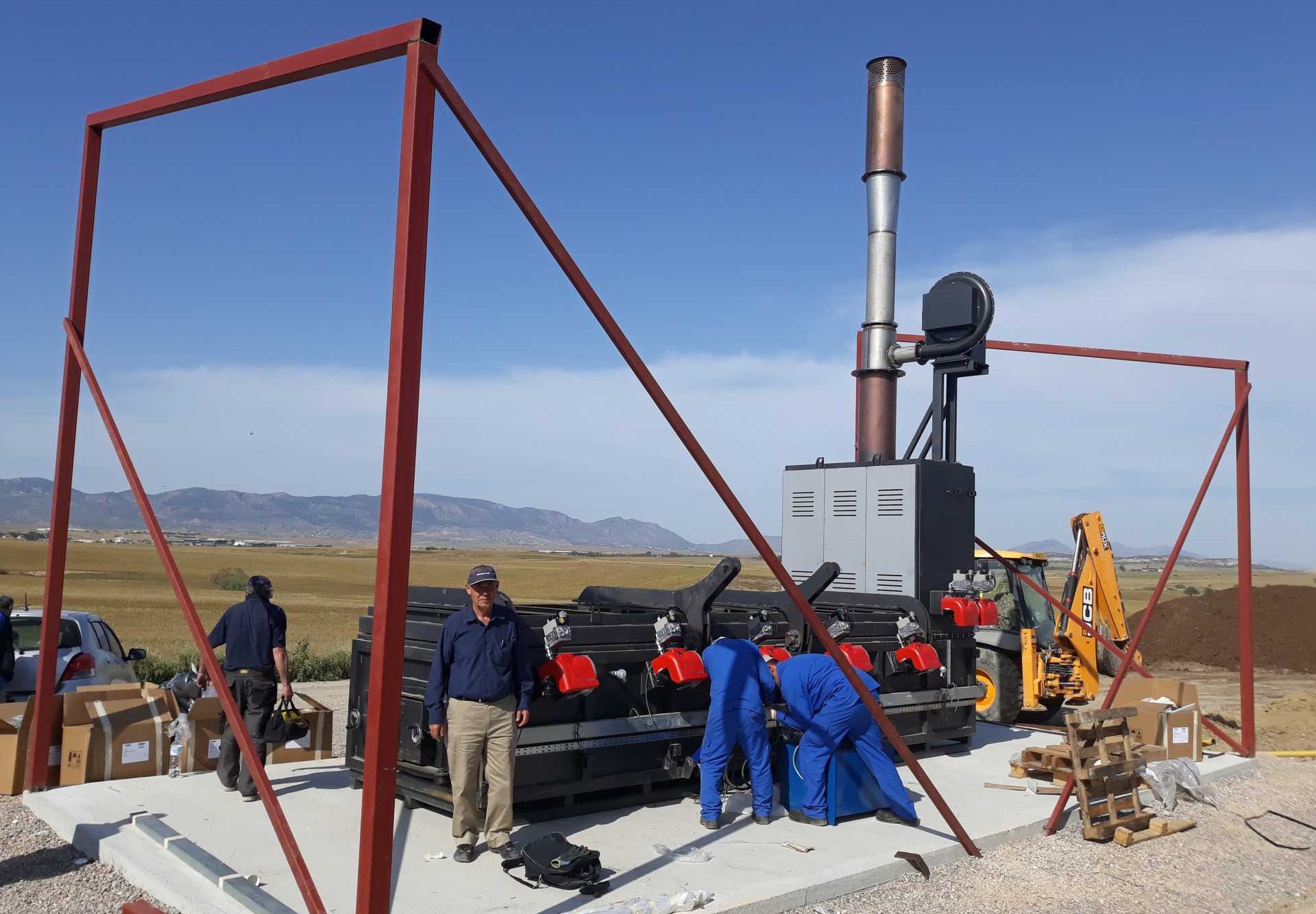 “As a dedicated supplier to worldwide humanitarian efforts, we are committed to finding tailored waste solutions to very complex and very urgent situations across the globe,” said Alex Billingsley, marketing manager at Inciner8.

“Manufacturing and deploying incinerators that safely dispose of all kinds of waste is essential in keeping civilians and aid workers away from extra harm in already dangerous environments,” he added.

Inciner8 offer to bespoke manufacture, sell and export all technologies from their facility in Southport, with the smallest units turned around in two to four weeks depending on urgency.

Their models are generally purchased by the customer to serve a specific purpose and will remain at the desired location in the long-term until such time as they are no longer necessary. Most incinerators can be relied on for a 10-year lifespan before they require service. 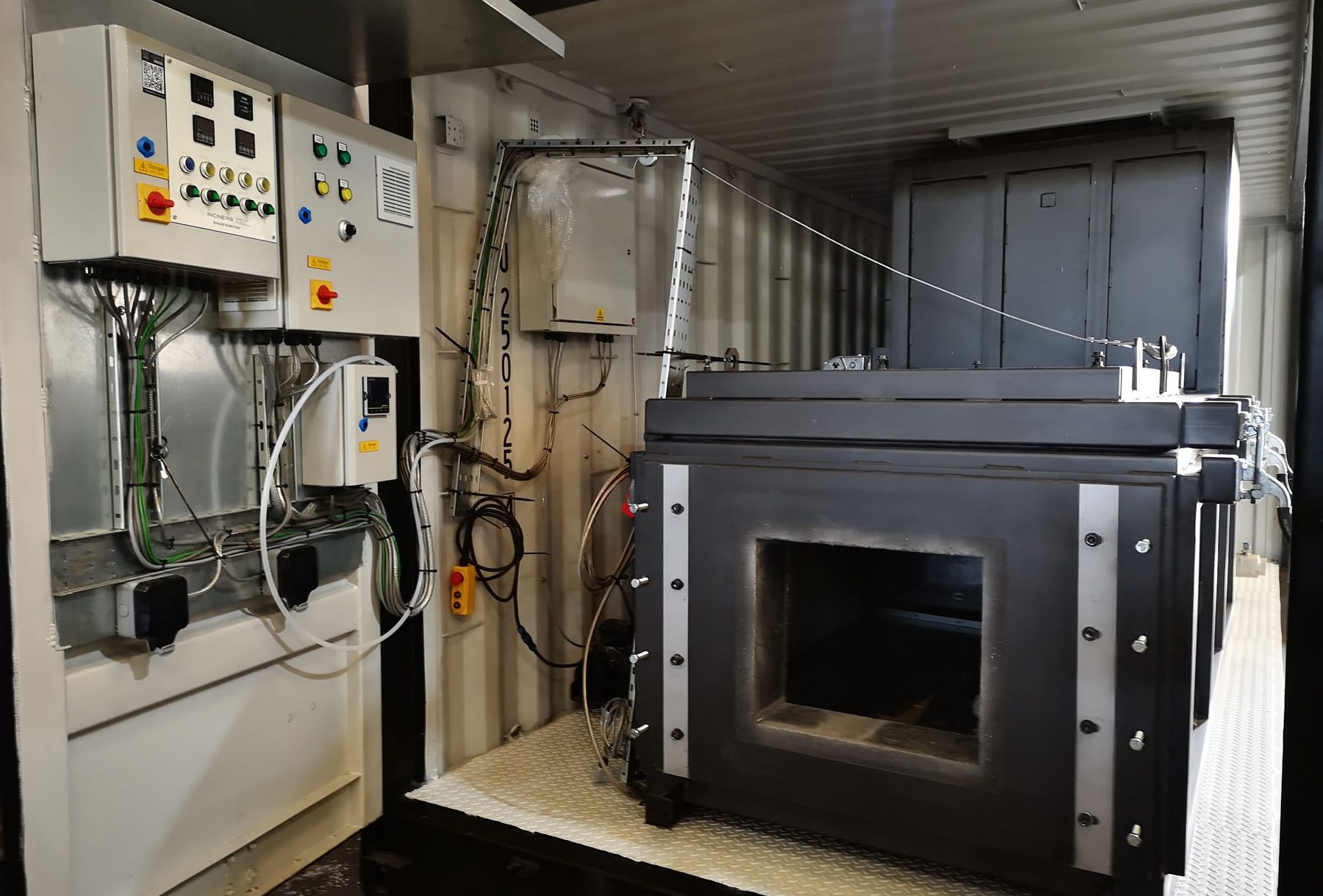 Inside a typical incineration unit

As part of the purchase cost, Inciner8 also offer maintenance contracts and ship engineers with the incinerators to install the technology and train the appropriate personnel to operate them.

Once the incinerator has served its purpose, the technology is retooled and shipped again, sometimes by helicopter if the new location is a reasonable distance, for use in another area for similar purposes.

“The projects come with specific and often extreme challenges,” said Billingsley. “Sudan’s arid conditions and tropical climate requires robust equipment. For all locations, ease of use was also key, in addition to the equipment being uncomplicated to disassemble and move, should there be an urgent requirement to relocate.”

The UN agreed to purchase a range of incinerators from Inciner8, including the i8-55G, i8-75G, i8-140G, i8-200G models, to combat the Ebola crisis currently rampant in certain areas of Africa.

It is understood the most powerful of these is capable of a maximum temperature of around 1,320° Celsius for burning biohazardous waste, contaminated clothing and used medical equipment.

Once neutralised, the ash that remains is considered sterile and inert and can be recycled as aggregate in concrete. The company said the UN project had a lead time of around 12 weeks for manufacturing (EXW) and eight weeks for shipping.

Inciner8 was created in 2004 by founder and current chairman, Vince Ferguson, a Liverpudlian coming from the poultry waste management sector. Today, 95% of Inciner8’s annual turnover is attributable to overseas export with a smaller portion dedicated to UK agriculture.

The company said 75% of its supply chain is UK-based with the remainder coming from within the EU, adding that Brexit “will pose little risk to supply and demand”.