The Best of British manufacturing

What does ‘Best of British’ mean? Is it championing the Union Jack on British goods, is it hailing the quality of anything made in the UK? Or does it mean something more? Maddy White reports.

Four out of ten international customers are willing to pay more for a product if it displays the iconic British flag. The UK is a powerful player in the global brand market.

The same survey of 8,060 people across eight markets also established that customers from Asia and the Middle East are the most likely to be swayed by the power of Brand Britain, according to the research by Barclays International Bank.

These findings marry up with Brand Finance’s annual report that placed Britain up one place to fourth in the most valuable global brands. A further £3.45bn could be generated in revenue by deploying targeted marketing focused on the provenance of British products. Who said things aren’t made here?

If foreign buyers trust British products, why are we not championing British products to match their international prestige? Even more puzzling, why is there an assumption and stereotype that little to nothing is made here?

The strength of Brand Britain

More than 5,200 industry leaders flooded through the doors over the course of The Manufacturer’s Digital Manufacturing Week 2018 at Exhibition Centre Liverpool in November. On arrival, they were able to witness a small but golden example of some of the great products that are made in the UK.

As part of the week, a ‘Best of British Showcase’ took over Exhibition Centre’s atrium. On display were some of the highlights of British manufacturing, including A-SAFE – the winner of The Manufacturer MX Award 2018 for ‘Exports’ and nominated in both the ‘Supply Chain Excellence’ and ‘Innovation & Design’ categories.

The level of impact a product’s country of origin has on consumer buying habits should not be ignored or underestimated. Across nearly all sectors, provenance is an important influence on conscious purchasing decisions. This is especially the case with food products, where almost seven out of ten people (66%) said that the country of origin would affect their buying decision, according to the research from Barclays.

ONS figures released earlier this year also showed that demand for British goods and services has continued to grow, with exports rising to a record £637bn in the year to August 2018. This news comes after the launch of the government’s Export Strategy, which sets out an ambitious target to increase exports as a proportion of UK GDP, up 5% to 35%.

“The first word that springs to mind is ‘quality’. There is a specific quality to British manufacturing, and anecdotally, a lot of our members who export a high amount of their goods, say the same thing. It’s quality,” John Pearce, CEO of Made in Britain says.

Made in Britain aims to bring together the entire UK manufacturing community, united through the use of their registered collective mark. Their 1000-strong membership is diverse. From chocolate and microwave makers, to wind turbine and ceramic tile manufacturers, ‘Made in Britain’ represents the heart of manufacturing in Britain.

Pearce continues: “The key words our international customers use to describe the products our members manufacture are high quality, innovative and safe. They have to be completely transparent and they need to reveal all the details about their operations.”

You have heard about the world’s largest and perhaps most advanced grocery retailer, Ocado. But, you might not have heard of Tharsus, the manufacturer of the robots at the centre of Ocado’s grocery handling revolution.

In fact, Tharsus is one of Europe’s fastest growing technology businesses. Perhaps then, it is no surprise that the Northumberland-based company won a ‘Progressive SME’ award at The Manufacturer MX Awards 2018.

Original Equipment Design and Manufacture (OEDM) is the platform that underpins their approach to every new project. Since starting out over 10 years ago, the business helps companies take advantage of emerging robotic and machine technologies to disrupt, lead and grow their markets.

Tharsus is the outsourced product development and contract-manufacturing partner that propels highly innovative businesses, transforming their ideas into commercially successful machines. As a sub-contract design and manufacture business, Tharsus make machinery for other people.

They work with clients to make their innovative ideas and aspirations a reality by revolutionising design, supply chain and manufacture on their behalf. 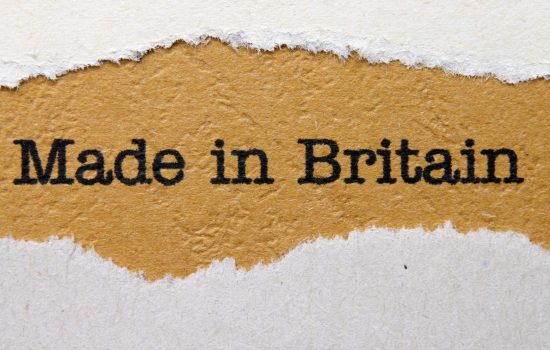