Posted on 5 Oct 2016 by The Manufacturer

The Home Secretary’s plan, announced at the Conservative Party Conference this week, to force companies to list how many foreign workers they employ has been met with an angry response from business. Nick Peters reports. 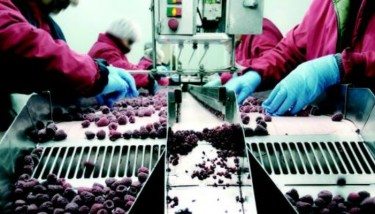 Amber Rudd said the intention is to ‘name and shame’ companies who prefer to hire foreign workers over British ones.

In the political hot house of a party conference, this is red meat to the Brexit faithful at whom so much of the conference has been directed.

Peter Cheese, the chief executive of the CIPD, the professional body for HR and people development, responded with a robust statement that warned Ms Rudd had seriously misunderstood the way business works.

He said, “The Home Secretary’s suggestion that businesses should reveal how many foreign workers they employ is divisive and risks demonising companies with migrants in their workforce.

“At a time of increasing tension and uncertainty around migrant labour, the government needs to be sending positive messages about the contribution that migrant workers make to the UK economy, and encouraging a more balanced debate with businesses about their future workforces.

Cheese added, “Contrary to the myth that employers recruit migrant workers to avoid training UK staff, our research shows that organisations that employ migrant workers are also more likely to invest in training and development for their workforce.”

“[Business needs] a long term strategy from government that seeks to set out a coherent plan to tackle the longstanding issues around productivity and skills in our workforce, rather than a series of individual targets designed to grab headlines.”

Ms Rudd hit back angrily at suggestions elsewhere that she was seeking to appease the anti-immigrant sentiment in the UK that appears to have been whipped up during the Brexit debate, saying she is not a racist and that she is simply trying to “flush out” companies abusing existing rules and “nudge them into better behaviour.”

Ms Rudd’s own track record in business before she entered politics has been coming under increased media scrutiny, with a story in today’s Guardian detailing the extent to which her disgraced father Tony Rudd was active in her business at a time when he had been investigated three times by the then-Department of Trade and Industry and ruled “totally unfit to be a director of a company.”

Ms Rudd went on to be a director of a different company whose chief executive was jailed for share ramping.

Director of employment and skills policy at EEF, Tim Thomas commented: “The concept of businesses reporting the number of workers who are not UK nationals will be a complete anathema to all responsible employers.

“Ironically, at a time when the government says it wants to extend opportunity to all and promote inclusion, this proposal will be divisive and damaging to the UK’s diverse and multicultural workforces.

“The object, it seems, is to shame those employers with a proportion of non-UK workers above some hypothetic and arbitrary level. Workers, whether UK, EU or global contribute greatly to UK industry and should be welcomed and not regarded as a simple statistic.”