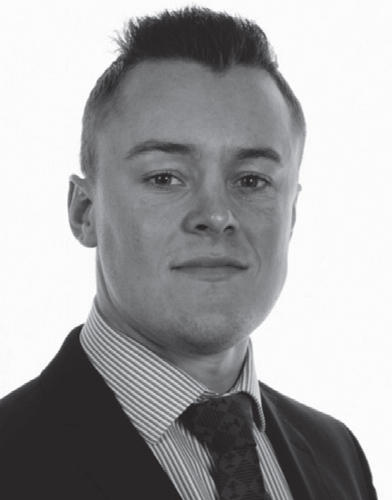 Getting a young Thomas Palmer to knuckle down and finish his school studies was the great task for his parents. The would-be engineer, who as a young man excelled at maths and physics, often neglected academia, opting instead for sporting activities, despite pressure from home.

Then, just as he was ruminating on which direction to take his education after sitting his GCSEs at 16, Thomas attended a school seminar on engineering, and the rest, as they say, is history.

“They really sold it to me,” he said. “Once I heard that you could move your career towards things that interest you, which in my case was technology, that’s what pushed me into engineering.

“It had always been a battle getting me to sit with my books in front of the fire. But my parents were very keen for me to get a vocational career and engineering really ticked that box. They’ve been very supportive.”

Thomas attended college before subsequently enrolling in an engineering masters programme at university, where he also continued to nurture one of his favourite pastimes, playing rugby.

It was while in higher education that Thomas’ perception of academia underwent yet another transformation, when the young engineering student embarked on a series of summer school placements that further crystalised his love of the craft.

“Every summer, through the university, I managed to get an affiliated placement. It was actively encouraged by the university who had good links at the time. I worked first with Network Rail, and then Jaguar Land Rover, and finally at BAE Systems and I managed to fill my summers with different work experience.”

After graduation Thomas joined Air Products & Chemicals where he said he struggled with a general lack of autonomy around the design process, before subsequently accepting another role in design authority for BAE Systems.

“The role was in support and test equipment and was very diverse. It was everything that wasn’t in weapons systems, and it was great for my development to understand a diverse range of challenges and technologies.”

The APKWS rocket. It’s a very clever system which basically turns a dumb rocket, for want of a better word, into a laser-guided missile.

I recently became a father so when I’m not working at BAE Systems, I’m often awake at 4.30am with a new-born baby who is wide awake and who just wants to play.

I have in the past volunteered in conservation, providing engineering expertise to anti-poaching organisations in Africa. I think my dream job would be doing something in that area full time.