When Michael Higgins graduated from Cardiff University, having studied mathematics and physics and receiving a joint honours degree in both, he was, like many, unsure about what do next.

He took some time out to think more carefully about his career, safe in the knowledge his education would afford many promising opportunities upon his return.

He began working in an electric motor design company, which he says he enjoyed, but it wasn’t until he received a phone call from his former university, where he had been on a Knowledge Transfer Partnership (KTP) programme with Ford, that his career really took off.

“I thought it was just going to be an informal conversation, but it turned out to be a panel interview,” he said.

“I was very honest and said I hadn’t really considered where my career was going to lead, but I was always very interested in manufacturing and process improvement. I got the job and went from there. I jumped into the Ford engine plant, just down the road from where I was living.” 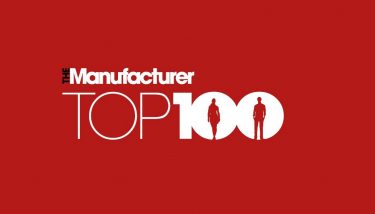 On his first day, a somewhat brusque engineering colleague sidled up to him and said Michael had “absolutely zero chance” of having any future career with Ford, adding: “We’ll give you as many transferrable skills as we can and then you’ll leave and go on your merry way.”

Seven years later, and despite a fleeting flirtation with a career in teaching, he’s still with Ford and has risen to become a senior manufacturing engineer at the company. “I must have done something right. I was making big savings and changes to the way Ford were running their lines.”

“I completely ripped up the rule book when conceiving this project and there was some doubt whether it was even possible,” he said. “Rather than having people manually update the data that was going into our simulation models, we automated everything.”

“You look around our manufacturing sites in 2019 and there’s robots everywhere and everybody seems to trust them, and they do a fantastic job for us. The SymSim project seems to have done the same thing for simulation.”

Michael said SymSim has reduced Ford’s analysis time from 30 hours to just 20 minutes, achieved through a collaborative project with simulation software company Lanner, HSSMI and the University of East London.

What is your favourite manufactured/engineered product?

The car. Having said that, working in high-volume manufacturing exposed me to some interesting pieces of automation that in themselves are amazing feats of engineering.

What advice would you give to your younger self?

Don’t doubt yourself. I spent my first years in manufacturing doubting whether I had the skills and background to be an effective engineer. Hard and soft skillsets are clearly important, but my background in mathematics and physics, and therefore logic, allowed me to approach problem solving differently.

Tell us something people may not know about you.

I love a challenge and learning new things. I invest in a new hobby each year and last year was skydiving. This year it’s scuba diving!