Posted on 8 May 2020 by The Manufacturer 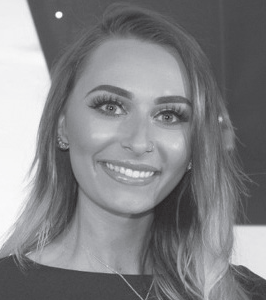 Georgina is undoubtedly one of manufacturing’s shining apprenticeship success stories – demonstrating that, in certain circumstances, you just cannot beat the practical shop floor experience a conventional degree programme might struggle to match.

At 16, she decided not to pursue A Levels, opting instead for a three-year NVQ apprenticeship in mechanical design with Gen2, a City & Guilds institute of advanced technology, and at that time she was the only female applicant in her class.

Georgina was immediately snapped up by Cumbrian-based TSP Engineering as a junior in the company’s design office.

She continued her training to achieve a Higher National Certificate and Higher National Diploma before finally going on to receive a Bachelor of Engineering honours degree in nuclear operations with the University of Cumbria in 2019.

Today, she is one of TSP’s project engineers, overseeing shop floor teams tasked with constructing high-tech machinery for the nuclear and defence industries.

“I could have stayed on at school, but I wanted to learn the hands-on skills as well as theory and that’s something you simply can’t pick up in a classroom,” she said.

“My dad is a quantity surveyor in the nuclear industry and while he never forced me towards a certain career, he always told me engineering was a good path to pursue.”

Georgina maintains that her combined NVQ theory knowledge, and the Gen2 hands-on training was “invaluable”, giving her a general grounding in engineering and exposing her to basic electrical skills, bench-fitting and assembly work.

In her present role as project engineer, Georgina oversees approximately 40 fabrication, assembly and machinist staff in a predominantly male-dominated environment.

“It would be great if more women came into the industry either on a shop floor or office level. I’ve never had any issues within my male-dominated career, all of the lads respect me because they know that whenever they come into the office with a problem, we can usually work it out together and come up with a way forward.

“I can talk to the fitters, fabricators and machinists and we’re all speaking the same language.”

Georgina’s passion for manufacturing is infectious, making her an almost perfect ambassador for anyone considering a career in the STEM subjects.

“The hands-on apprenticeship approach might not be for everybody, but it has really benefitted me. I really do get up in the morning and look forward to coming to work – which is something not everyone can say!”

It would have to be the aeroplane. It’s amazing how much we take it for granted.

I was diagnosed with coeliac disease six years ago, which means I cannot eat any gluten, wheat, oats, rye or barley, as the small intestine would become inflamed and therefore unable to absorb any nutrients. As long as I stick to a strictly gluten-free diet, I go about my day perfectly normally!

A veterinarian. I would love to work with animals. This was always my dream job when I was a little girl, until I found out how vets help cows to give birth!